Ahead of RRR’s release, #BoycottRRRinKarnataka trends on Twitter: Is the demand reasonable?

A part of Shivarajkumar’s speech at a pre-release event of RRR has become a rallying point for those supporting #BoycottRRRinKarnataka. 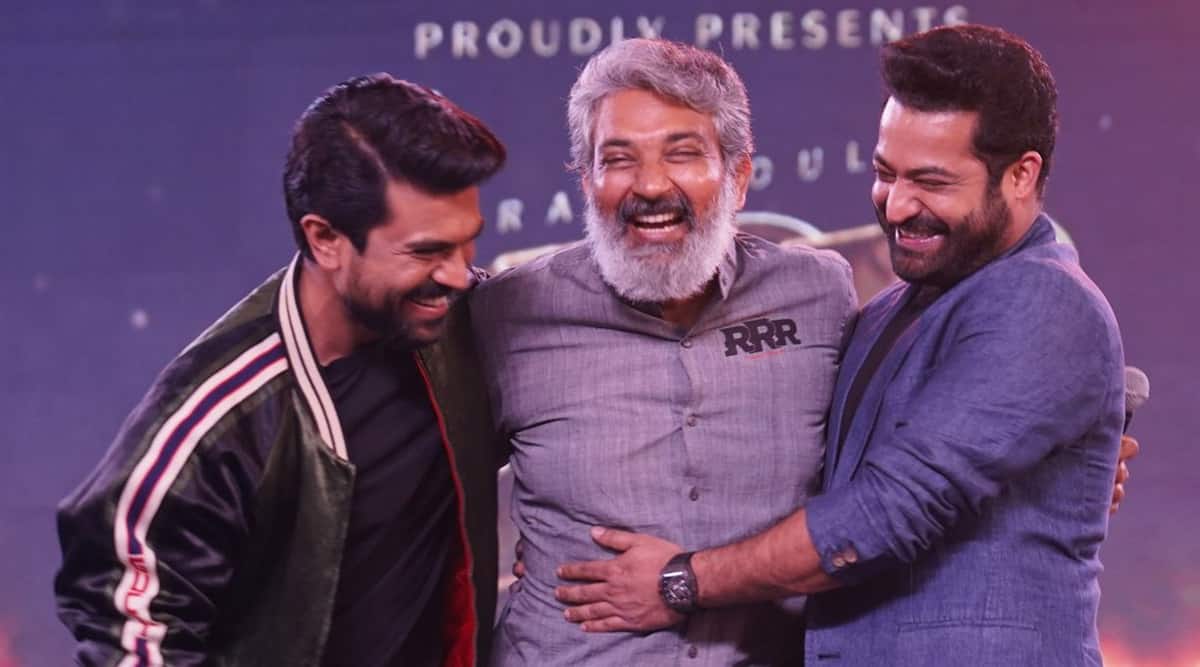 Just two days ahead of the release of the most-awaited movie of the year, RRR, written and directed by SS Rajamouli, a hashtag against the film’s screening in Karnataka has surfaced on Twitter. Some are trending #BoycottRRRinKarnataka as they are miffed with the unavailability of the film’s Kannada version.

Traditionally, Karnataka has been one of the biggest markets for Telugu movies. And Telugu actors enjoy a huge fan following in the state. That’s the main reason why the makers of RRR held a grand pre-release event in Chikkaballapur last week. The event was attended by hundreds of fans, top ministers of the Karnataka government and actor Shivarajkumar.

A part of Shivarajkumar’s speech has become a rallying point for those supporting #BoycottRRRinKarnataka. “My request to Rajamouli sir is please release RRR in Kannada on more screens,” Shivarajkumar had said at the event.

From a business standpoint, releasing the movie in Kannada is not viable. In the past, the Kannada dubbed version of regional movies has found very few takers in the state. “Sye Raa Narasimha Reddy, Pushpa: The Rise and Radhe Shyam released in Kannada. But the response was very poor,” said Deepak, who manages AndhraBoxOffice.com.

When our star @NimmaShivanna
Requests openly to release RRR in Kan in more no.of shows but still they are releasing in tel/Hindi, not single show fr Kan then why our stars should grace ur event when u don’t give respect🤦🏻‍♂️ #BoycottRRRinKarnataka #RRRMoive pic.twitter.com/CW5wFwXTSZ

“Majority of native Kannada audience can understand Telugu. They are used to watching movies in Telugu. Those who demand a ban are not fans of the movie. They have a problem with people watching a movie in Telugu. Not that they don’t have access to the Kannada version. It keeps happening for all films,” he added.

Given that most of the screens in the state have been allotted for late movie icon Puneeth Rajkumar’s last film James, the number of screens available for RRR is limited. “The makers (of RRR) would have preferred a bigger screen share but there is no availability. So now they can’t allot many screens for Kannada, Tamil and Hindi versions. If you are a theatre owner, why would you take the risk of screening the Kannada version, when you can attract a huge crowd with the Telugu version. It doesn’t make business sense,” Deepak reasoned.

It’s worth noting that the scarcity of screens to show regional movies also took a political turn recently. Former Karnataka chief minister Siddaramaiah on Tuesday took to Twitter to accuse the Bommai-led government of pressuring theatre owners to remove James to make space for The Kashmir Files.

RRR stars Ram Charan, Jr NTR and Alia Bhatt in the lead roles. The movie is due in cinemas on March 25.