A viral video where Vishal Kotian is seen making fun of Shamita Shetty and Raqesh Bapat's romance has been called out by Shamita's mother and Raqesh's ex-wife Ridhi Dogra. 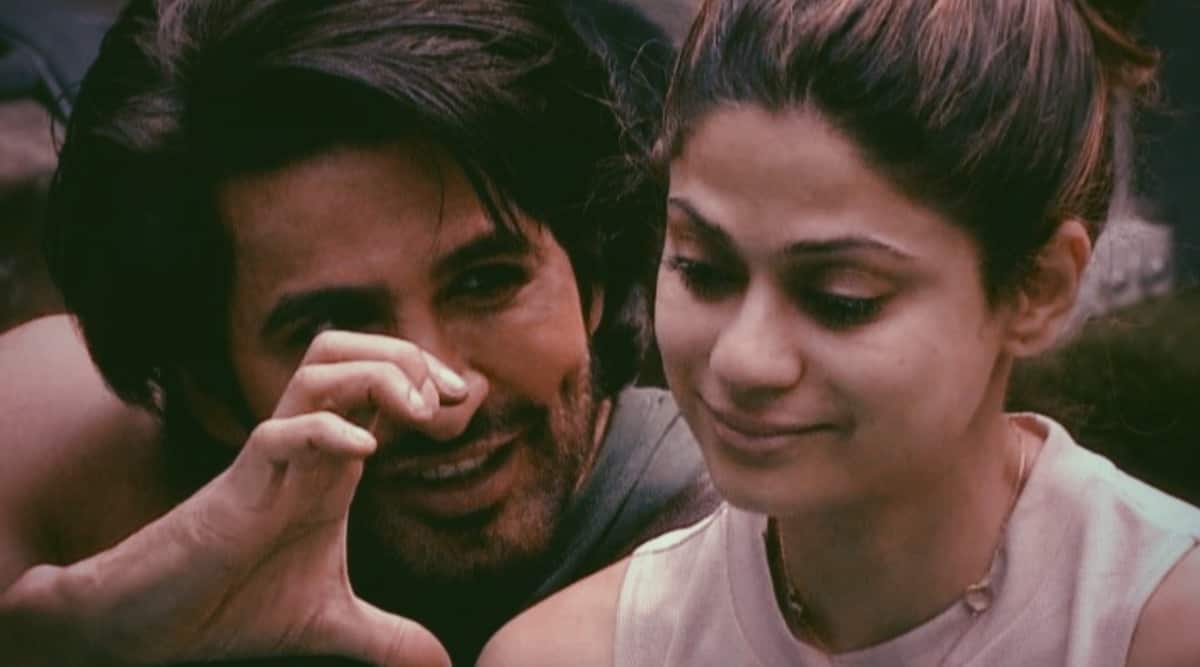 Ever since Bigg Boss 15 launched, Vishal Kotian and his relationships have been questioned by everyone. Be it his friend-turned-foe equation with Jay Bhanushali or being blamed for cheating on ‘sister’ Shamita Shetty, the Akbar Birbal actor has had a tough time maintaining relationships in the house. In the last Weekend Ka Vaar, after feeling guilty for doubting him, Shamita had apologised to Vishal and even said that she will trust their bond.

However, a recent video shared by a fan has once again put a question mark on Vishal’s intention. While having a fun time with co-housemates Karan Kundrra, Tejasswi Prakash and Umar Riaz, he is seen making fun of Shamita and Raqesh. Having met on Bigg Boss OTT, the two had fallen in love and recently the couple was reunited after Raqesh entered the Salman Khan show as a wild card.

A fan shared a video where Vishal is seen playing the role of a drunk man. He goes on to make fun of Raqesh Bapat, mentioning how he struck gold by falling in love with Shamita Shetty. He adds, “Bohot bada haath maara hai bhai ne.”

Also Read |Bigg Boss 15 contestant Shamita Shetty: ‘Tired of being just a prop in the finale of every reality show’

I want everyone to kindly look at this clip. Vishal has point blank abused the man Shamita loves and has brought her family into it as well I really hope this is brought up formally and Shamita’s eyes are opened. @TheShilpaShetty @BeingSalmanKhan @SunandaShetty5 @sheetal_bapat pic.twitter.com/4NyDJN5ZRQ

Shamita’s mother Sunanda Shetty replied to the post calling Vishal Kotian a snake. ”Eye opener – Vishal Kotian .. nvr trusted him,” she wrote. The loving mother added how Rajiv Adatia defended his rakhi sister and took on housemates who were bad-mouthing her.

“I watched Rajeev Adatia who stood up defended n took strong stand against bitching agnst his sister & took on Karan who tried to intimidate n threated him. He did not take it lying down – Proud of you RajeevAdatia,” Sunanda wrote.

Even Raqesh Bapat’s ex-wife Ridhi Dogra also reposted the tweet. The actor wrote, “There r those that play by mocking people behind their backs and then give nonstop explanation for their sneakiness by calling it ‘funny’ & those playing with truth and a game’s spirit. Audience – Would you like being mocked? If not take these ppl out. Simple. Period.”

As readers would know, Vishal Kotian and Shamita Shetty bonded as siblings on Bigg Boss 15. Calling themselves ‘Akka-Anna’, the duo seemed to have had each other’s back in the game. However, time and again, the Mohabbatein actor was warned of Vishal’s real intention. Every time Vishal has been pulled up about how he keeps talking about Shamita behind her back, he shrugs it off saying that it was unintentional and situational. He even promised loyalty to Shamita.

‘In Malala, I found the most supportive friend, a beautiful and kind partner’: Asser Malik