TV Rewind | Studio 60 on the Sunset Strip: The one that ended too soon

Created by Aaron Sorkin, Studio 60 on the Sunset Strip had success written all over it even before it premiered. The show was cancelled just after one season despite generating good ratings. 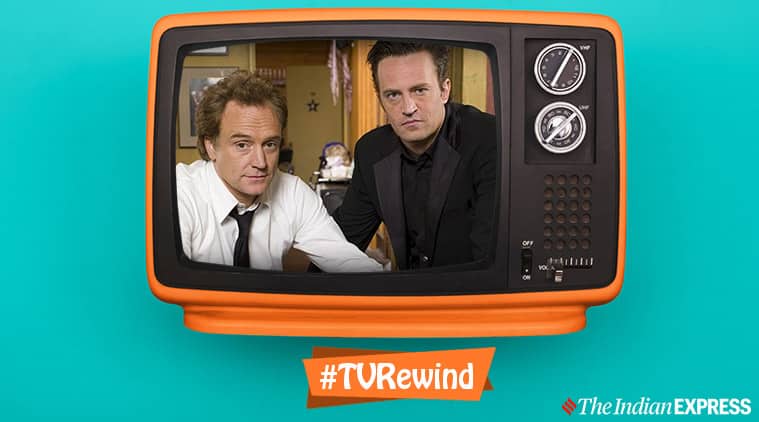 Aaron Sorkin has created some of the most successful TV shows of all time and while these include popular shows like The West Wing and The Newsroom, there is one show that never got its due, Studio 60 on the Sunset Strip. The show lasted for only one season but is still counted in the list of great TV shows that got cancelled too soon.

What is Studio 60 on the Sunset Strip about?

The events of the show take place behind the scenes of a live sketch comedy show, much like Saturday Night Live. The producers, actors and the crew working on the show make for the main cast. The characters here are trying to make a comedy show but the treatment of the show is quite different. The show has a slightly serious tone to it which insists that the creators behind comedy realise the impact they are having on society.

Studio 60 on the Sunset Strip had a stellar cast that was led by Bradley Whitford (The West Wing) and Matthew Perry (F.R.I.EN.D.S.). Amanda Peet, Sarah Paulson also played important parts on the show that had a huge hype before its premiere.

The show strikes a perfect balance as a workplace drama while also dealing with issues like drug addiction and alcoholism. The interpersonal relationships and the difference in their politics gives the show strong headed individuals and it’s impossible to ignore their personalities.

One of the best arcs of the show appears towards the end, in flashbacks, when the two leads are given the task of writing an opening sketch show after 9/11. 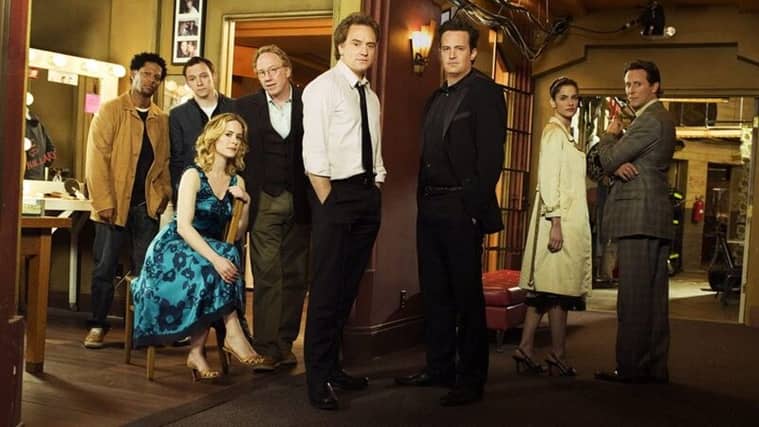 The first and the only season of the show was showered with praise soon after its premiere.

The show premiered after The West Wing went off air. Sorkin had left The West Wing after the fourth season and his next project was keenly awaited. So, the announcement of Studio 60 on the Sunset Strip was met with applause. Sorkin has always had a loyal audience thus this one had success written all over it, even before the premiere.

Studio 60 was launched in the same year as 30 Rock. The premise of both shows was the same, but the treatment was quite different as 30 Rock was a comedy. The shows were pitched against each other but were both given a go-ahead by NBC. Studio 60 won the ratings war at the end of the year but was cancelled because of its expensive production. 30 Rock, however, went on for seven seasons.

Sorkin even did a cameo in 30 Rock many years later and appeared in a scene with his signature ‘walk and talk’ style along with a reference to Studio 60. 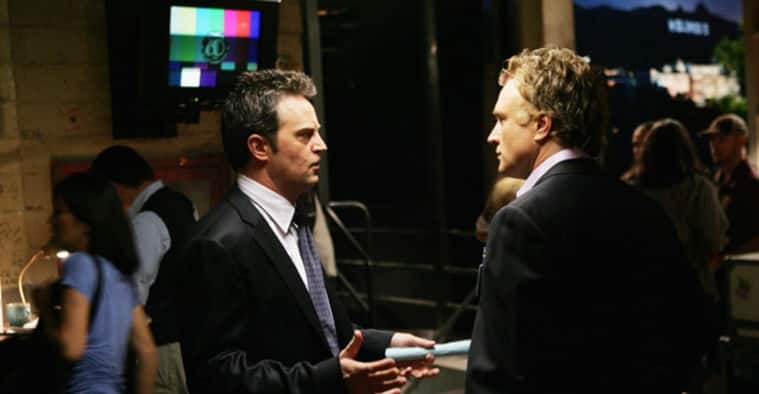 Matthew Perry and Bradley Whitford had great successes behind them when they started work on Studio 60.

The show’s cancellation after just one year came as a blow. Despite its cancellation, the show received four Emmy nominations.

Studio 60 on the Sunset Strip has only 22 episodes to its name and we can only hope that this deserving show gets a reboot in the age of streaming services.