Lost put JJ Abrams on the map and through the six seasons the show aired, it had a cult following. Much before streaming services made binge-watching popular, Lost had all the elements that made it the perfect binge-watching experience. Lost first premiered on American television in the year 2004 and with a six-season run, it became the benchmark as to how science fiction, mystery, drama could all be wrapped into one delightful show that could hook the viewers like how Game of Thrones did after Ned Stark’s death.

Lost opens with a plane crashing on a deserted island. With no rescue operations from the outside world, the survivors have to make it work by themselves whilst also comprehending the magical nature of the mysterious island. The smoke monster on Lost introduced us to the mysterious nature of the island.

Lost was co-created by JJ Abrams and is one of his earliest shows. It can be easily said that this was the project that put him on the map.

What works for Lost

Lost unravels itself layer by layer. The show spends just enough time in getting the audience invested in each character and also starts introducing the nature of the island from the get-go. As we move on, the island introduces its own tribe, the science fiction angle of the Dharma Initiative, the ‘others’, but all along this ride, the viewer never gets overwhelmed. It’s just never too much.

Every episode for Lost has a graph, at least for the most part. And without fail, the creators manage to keep the viewer hooked with an ending that leaves them shocked and thirsty for more. The episodes are usually divided in two timelines: the present and the past while focusing on a single character. This format changed in the later seasons when we saw the present and the future. Michael Emerson’s Ben becomes the central figure on the island in the later seasons.

Shows like The 100, FlashForward, Once Upon A Time and many others have had similar plotlines and can all be traced back to Lost. The show’s storylines have been picked up by many that came after it so if you find yourself blown away by mystery-meets-sci-fi, Lost is ideal for you.

Lost is led by Jack Shepherd for the most part but this isn’t a one-man show. The rockstar Charlie, the superstitious lottery winner Hurley, the conman Sawyer, the hunter Locke, make the first season exciting. Their contrasting personalities and different backgrounds give room for conflict but as we move on and see them landing on the same page, the show goes a notch higher.

As we meet the hatch trapped Desmond, the leader of ‘the others’ Ben, the doctor Juliet, the ageless man Richard in further seasons, the writers push boundaries in introducing elements to the story that always catch the viewer by surprise. 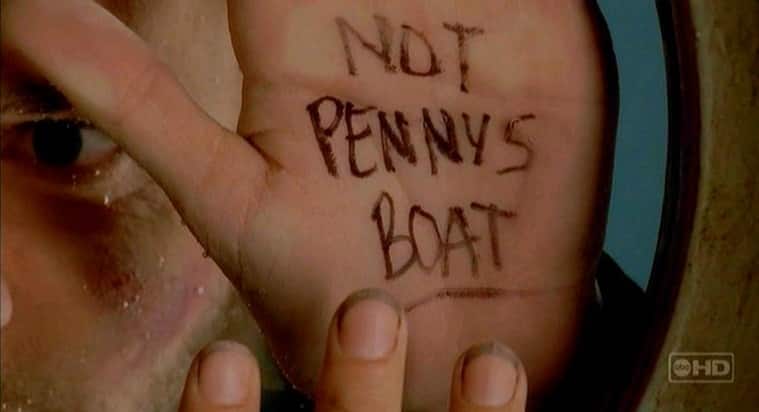 The episode ‘Through The Looking Glass’ is arguably the best episode of the series.

There is an entire subplot about the Dharma Initiative, which is kind of a research facility associated with fringe science. Let’s just say that even Netflix’s Stranger Things and Fringe (also created by JJ Abrams) borrows a lot from Lost.

Lost held itself strong through the first four seasons. The hook episodes like the one where Charlie famously writes ‘Not Penny’s Boat’ or the one where we discover Desmond for the first time or even the one where the ‘Numbers’ are introduced are incredibly well done.

For me, the show got a little convoluted after the island had the capacity to time travel. Time travel wasn’t even the worst part, it was the love quadrangle between Jack, Kate, Sawyer and Juliet that felt way out of place. The love quadrangle of these four characters was the weakest link of Lost.

As the show neared its conclusion, there were many who had their doubts about the finale and it can be safely said that Lost had one of the most controversial finales of all time. It received a polarising response but for a show that kept people talking about its universe, it was the perfect send-off.

Lost is streaming on Netflix and Amazon Prime Video.

Families in food: The Guwahati bakery whose cheese straws are said to have wowed Nehru