Shark Tank India saw an entrepreneur who was trying to seek investment for his eyewear brand. Even though they managed to interest Namita Thapar, they walked away without a deal. 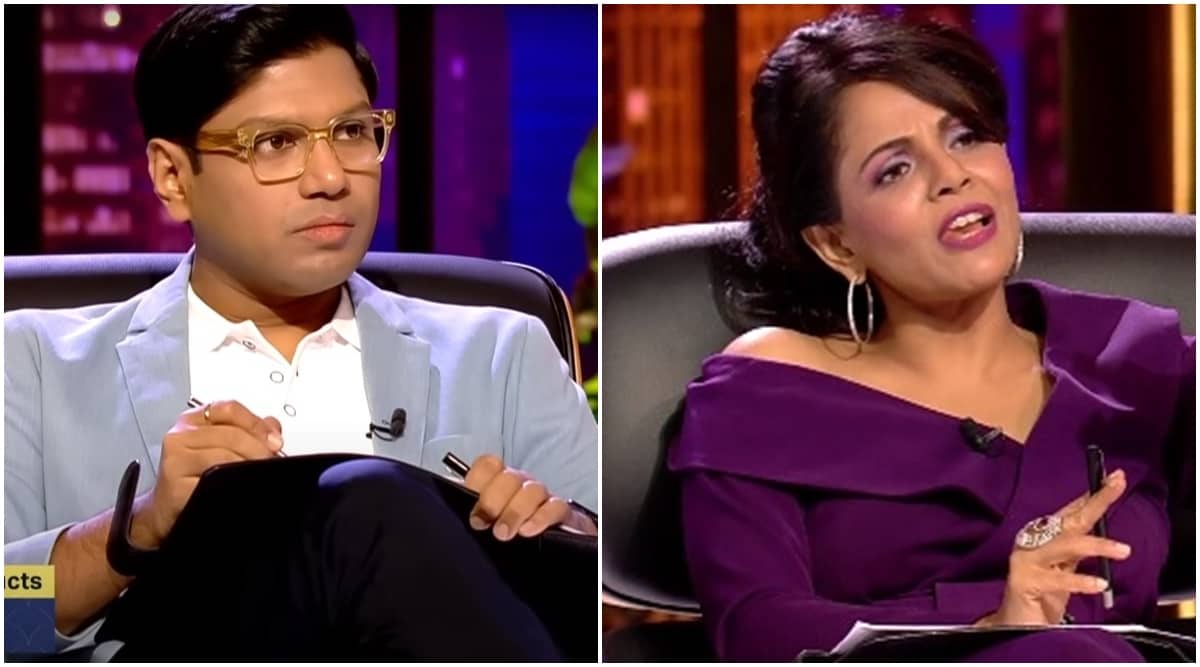 Shark Tank India Season 2 recently saw an entrepreneur who came in with an eyewear brand and as soon as he walked in, the sharks were hyped to see how an upcoming brand would compete against Peyush Bansal’s Lenskart. After looking at the products, Namita Thapar immediately said that his eyewear products looked better than those available at Lenskart.

“Lenskart se toh boht ache hain (These are better than Lenskart),” she said. The entrepreneurs for Eyenic, Piyuesh Kalra and Sunil Chhabra came in asking for Rs 75 lakh for 6 percent of their company, valuing it at Rs 12.5 crore. When Namita further spoke to the entrepreneurs about their company, she commented, “Lenskart se panga lena koi choti baat nahi hai (It’s not a small feat to go up against Lenskart),” she said.

Peyush Bansal, who made his fortune by building an eyewear brand with Lenskart, said that he does invest in other eyewear companies but for this particular brand, he said that there was “no fundamental differentiation” in their product. And was out of the deal.

Amit Jain questioned their sales which reflected that there was perhaps not enough demand for their product. After grilling the entrepreneurs, he was out. Aman Gupta and Namita Thapar followed. Anupam Mittal was initially interested in the business but he too, was out eventually.

Shark Tank India Season 2 is currently in its fourth week. The show sees entrepreneurs pitching their businesses to ‘sharks’ as they try to seek investment. The show airs on Sony TV and streams on SonyLIV.