Shark Tank India's Ashneer Grover blasted an entrepreneur on the show, advising him to quit business and get a job instead. 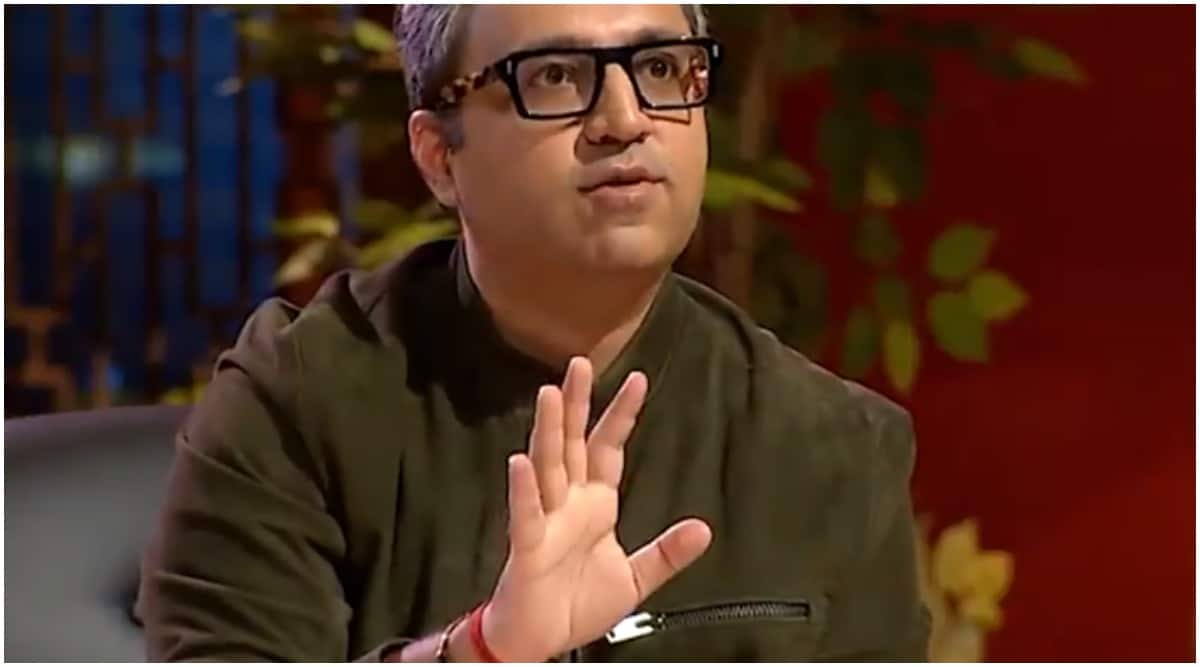 Ashneer Grover appeared as one of the 'sharks' on Shark Tank India. (Photo: Sony Entertainment Television/Instagram)

Ashneer Grover, one of the ‘sharks’ on the reality show Shark Tank India, in his own blunt manner told an entrepreneur that he isn’t cut out for business, and should probably consider getting a job somewhere. He said this after admitting that the entrepreneur’s pitch was one that he hadn’t heard before.

In a recent episode of Shark Tank India, an entrepreneur pitched his idea for a platform that connects students who deserve scholarships to organisations offering them. Aman Gupta, the co-founder of boAt, said that the idea was impressive. The entrepreneur was asking for Rs 50 lakh in investment, in exchange of 7.5% equity, which put his company’s valuation at Rs 6.67 crore.

Also read |Shark Tank India’s Anupam Mittal admits he was offended by Ashneer Grover’s ‘harsh’ comments about him: ‘Anyone can buy ads’

Ashneer Grover, the co-founder of BharatPe, said that he’d never been pitched an idea like this before, but after listening to the entrepreneur’s speech, said that it had all gone downhill the moment he began talking. The entrepreneur had spoken about having to drop out of college, and not getting an approval for his college loan, and was midway through a statement about feeling family pressure about what he was doing with his life when Ashneer interrupted him.

The entrepreneur walked away empty handed, after the rest of the ‘sharks’ also declined to invest in his company. Although, they weren’t as blunt in their dismissal.

In a recent appearance on The Kapil Sharma Show, Ashneer apologised for his ‘rude’ behaviour on Shark Tank India, and explained that he simply does not have the patience for ‘wahiyat’ pitches.

Over 60% daily Covid cases in Kerala among fully vaccinated, shows data from Jan