Shark Tank India's Ashneer Grover got worked up while listening to an entrepreneur's pitch for a product he described as 'wahiyat'. Watch the face-off here. 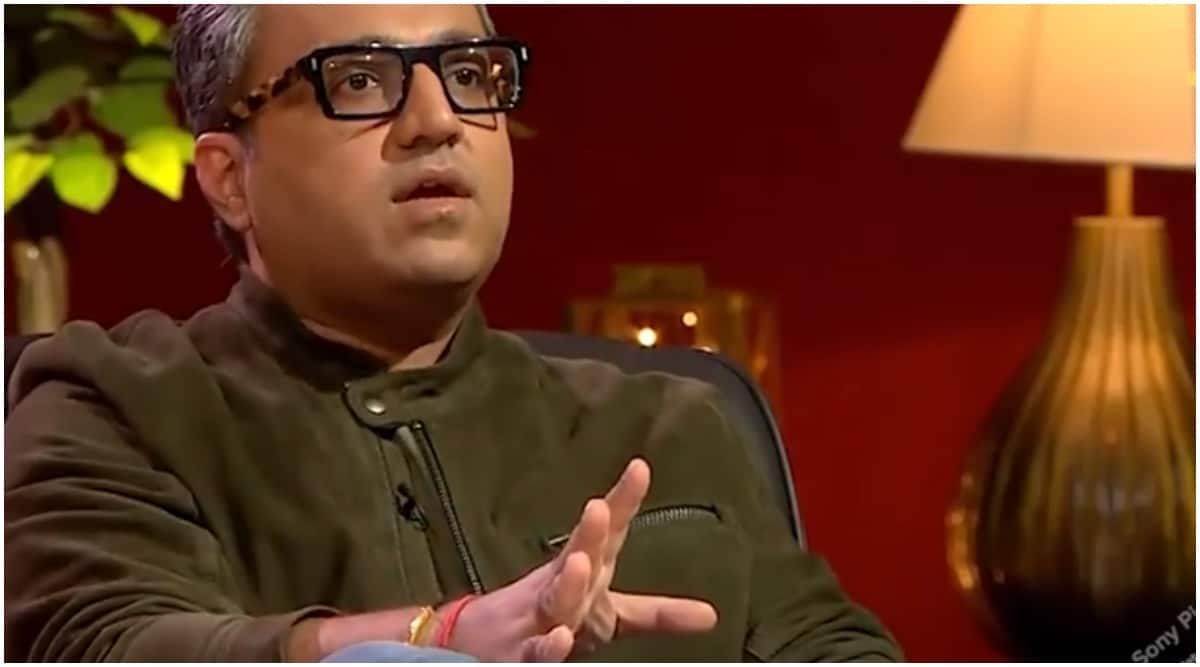 Ashneer Grover is one of the 'sharks' on Shark Tank India. (Photo: Sony Entertainment Television)

Ashneer Grover, who appears as one of the ‘sharks’ or investors on the reality show Shark Tank India, got worked up while listening to a pitch by an entrepreneur. After mocking him for having created a ‘wahiyat (terrible)’ product, Ashneer said that he feels very strongly about the situation, because the entrepreneur was taking up a spot that could have gone to someone more deserving.

The product in question was a protective plastic ‘mask’ for a glass, to avoid contamination after repeated use. He said that the goal is to make the use of the plastic attachment a habit, just like wearing masks has become a habit during the pandemic. The entrepreneur asked for Rs 75 lakh, in exchange of 15% equity in the company.

Ashneer, the co-founder of BharatPe, immediately raised his hand and said in Hindi, “I’m out. Boss, kya kar raha hai yaar tu (What are you doing, man)? Is this a joke? Do you have a drinking problem? How did you even come up with an idea like this?” When the entrepreneur said that his product is a first-of-its-kind, Ashneer interjected, “Nobody will ever try and make something like this. This is the first and last time.”

He continued, “I have very strong views on this. Boss, listen, because you’re here, it means that someone else isn’t. Value the opportunity you’ve been given. Your product is terrible, I’ve never seen something as bad as this, and nor do I ever want to. Help me, God. I don’t want to see anything else after this.”

After the entrepreneur explained why his product hadn’t taken off, and complained about his sales manager, Ashneer joked, “He probably got beaten up every time he tried to sell this.”

But Anupam Mittal tried to calm him down. He told the entrepreneur that he shouldn’t take the criticism to heart, because every aspiring businessperson has, at some point, been laughed at.

When each of the sharks had backed out of the pitch, the entrepreneur left empty-handed. Shark Tank India is based on the original American reality show, which has been running for 13 seasons since 2009