Week after week, Salman Khan's Dus Ka Dum could not manage to garner ratings for Sony TV. And to make up for the loss, the channel has now decided to air the show on weekends. 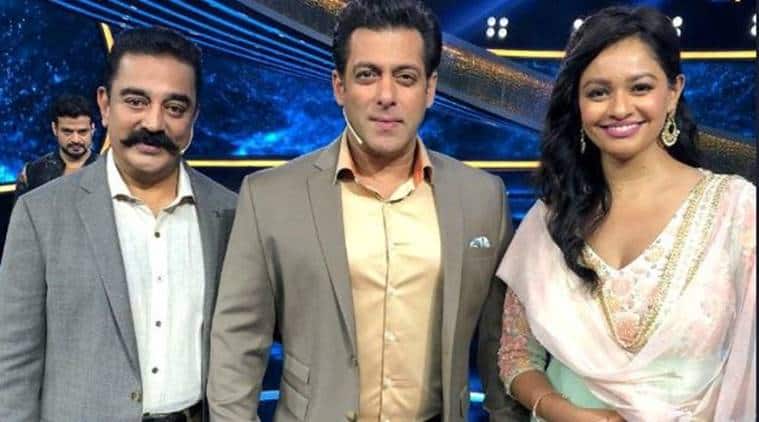 In June this year, Salman Khan returned to the small screen with Dus Ka Dum. While expectations were sky high, the game show failed to impress. Week after week, Dus Ka Dum could not manage to garner ratings for the channel. And to make up for the loss, Sony TV has now decided to air the show on weekends.

A source shared with indianexpress.com, “The channel played a big gamble airing Dus Ka Dum on Monday and Tuesday. With most of the television audience already hooked to daily shows on weekdays, their experiment fell flat. With more than half the show still in the pipeline, they have now decided to shift the show to weekends. Also, since the common man factor could not play well, Dus Ka Dum will now see only celebrity contestants. The makers are confident that the new celeb-driven format will help bring more audience.”

On Monday, Vishwaroopam star Kamal Haasan shot with Salman for a special episode. Also, popular television actors Karan Patel and Shilpa Shinde will be seen in one of the upcoming episodes. Sources further shared that talks are currently on with Shah Rukh Khan, Rajkummar Rao, Anil Kapoor, Aayush Sharma and Warina Hussain. Other television faces will also be seen sharing the stage with Salman.

An Indian adaptation of popular international reality game show Power of 10, Dus Ka Dum made a comeback after almost a decade. At the launch of the show, the Bajrangi Bhaijaan had confessed that he was sceptical about taking the big jump from films to TV. “In 2008, when the show (Dus Ka Dum) came to me, I had a very negative image in public. And I was indeed scared to show my original personality. But then I made my debut and from then I have realised that it is the most powerful medium,” he told the media.

Salman had further shared, “I was accepted on the big screen but then there are so many factors that make it look great and likeable. Here I was on a platform with no dialogues and only interacting with common people. I was anxious if they would like my real personality. I was a bundle of nerves when the show launched.”