Renuka Shahane currently stars in the second season of Dice Media's webseries What the Folks, which explores how modern-day families grow together despite their differences. 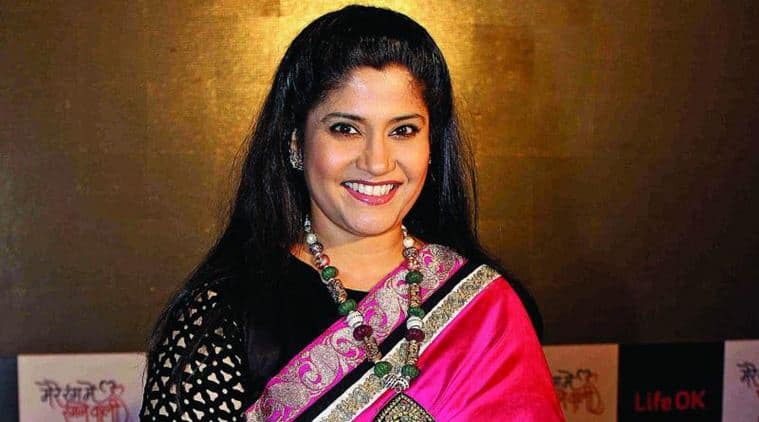 Renuka Shahane says television has always been a medium dominated by female actors – whether the content is progressive or regressive.

The phrase “women oriented” maybe a popular word in cinema now but actor Renuka Shahane says television, for one, has always been a medium dominated by female actors – whether the content is progressive or regressive.
The 52-year-old actor, who led shows such as Mrs Madhuri Dixit and Kora Kagaz in the 1990s, says with the arrival of daily soaps, she decided to lay low.

“Whether it is progressive or regressive, TV has always been a women’s medium. Most of the heroes and heroines of the small screen have been women. In that sense, I have done much more TV than films. In the ’80s and ’90s films, women were not given meaty roles except a Sridevi once in a while.

“I have been privileged to get really good stuff when television was in its Golden Age. Then, I kind of took a backseat at the right time when the daily soaps took over and it changed the profile of television totally. It’s still women oriented. But I look out for roles that are progressive, which is a rarity on TV,” Shahane told PTI in a telephonic interview.

The actor, who became a household name after 1994 release Hum Aapke Hain Koun!, says she took a sabbatical after she gave birth to her first son, Shauryaman in early 2000s as she always wanted to be around for her children.
Shahane is married to fellow actor Ashutosh Rana and the couple shares another son, Satyendra.

“I was very clear about being a hands-on mother. I wanted to do that for a long time. I enjoyed seeing them growing up. And I wasn’t missing work much anyway as the content that was being made did not excite me much. So I didn’t feel like going out of my way to work,” she says.

Now that they are grown up, the actor is stepping out and reclaiming her place. The actor currently stars in the second season of Dice Media’s webseries What the Folks, which explores how modern-day families grow together despite their differences.

She believes the digital space has emerged as a great platform today.  “It has opened a whole new world. You can relate with the content that was being done in the ’90s on TV, but of course, in a modern context because things in the digital sphere are always on par with what is going on globally,” she says.

“What the Folks” first installment saw Nikhil (Veer Rajwant Singh) caught in a bittersweet relationship with his wife Anita’s (Eisha Chopra) parents, when he moves in with them for a few days.

Season two, which is currently streaming on YouTube, introduces Nikhil’s parents – played by Shahane and Shishir Sharma. Shahane describes her character Vandana as a modern working woman who is unlike TV’s stereotyped mother-in-law.

“Vandana doesn’t have the typical saas-like expectations from both her son and daughter-in-law. She has a great sense of humour and has a sane head on her shoulders. She shares a very warm and casual relationship with them. She is more like a buddy to them in a family that believes in communicating with each other.”

Shahane says it would be “condescending” to say that daily show format has pushed TV back. “A daily soap has its own benefits and it has given a lot of popularity and glamour to so many actors, actresses and the people behind the camera. So I don’t want to put down any of that. It is just that there’s no variety of content. It’s okay if you have regressive content but if you only have regressive content, then it is hammered 24-hours a day and it doesn’t make an impact on the society.”

She says channels need to be a lot more responsible than what they are today. “They should subsidise some shows which are progressive. They might not work, which is okay but I feel in the days of Doordarshan or even in the beginning of the satellite TV, that was an important part of the bouquet, a term the channels used that they would cater to different sections of the society. And now strangely, what we see is the same kind of shows with different actors.”

Shahane adds like real life, things in reel life also move in a cyclical fashion. “Since they are daily soaps, you can’t work on them with the same amount of passion and detailing. But then you see a sea of change in the kind of films that are being made. I think whenever TV falls a bit short, films take control and if films aren’t giving that kind of content, television does. As a society, we do benefit at the end of the day.”