Arun Govil, who had played Lord Ram in Ramanand Sagar's Ramayan, said he had spoken to Arvind Trivedi 'around 10 days back.' Arvind Trivedi was popular for playing Ravan in the 1987 show. 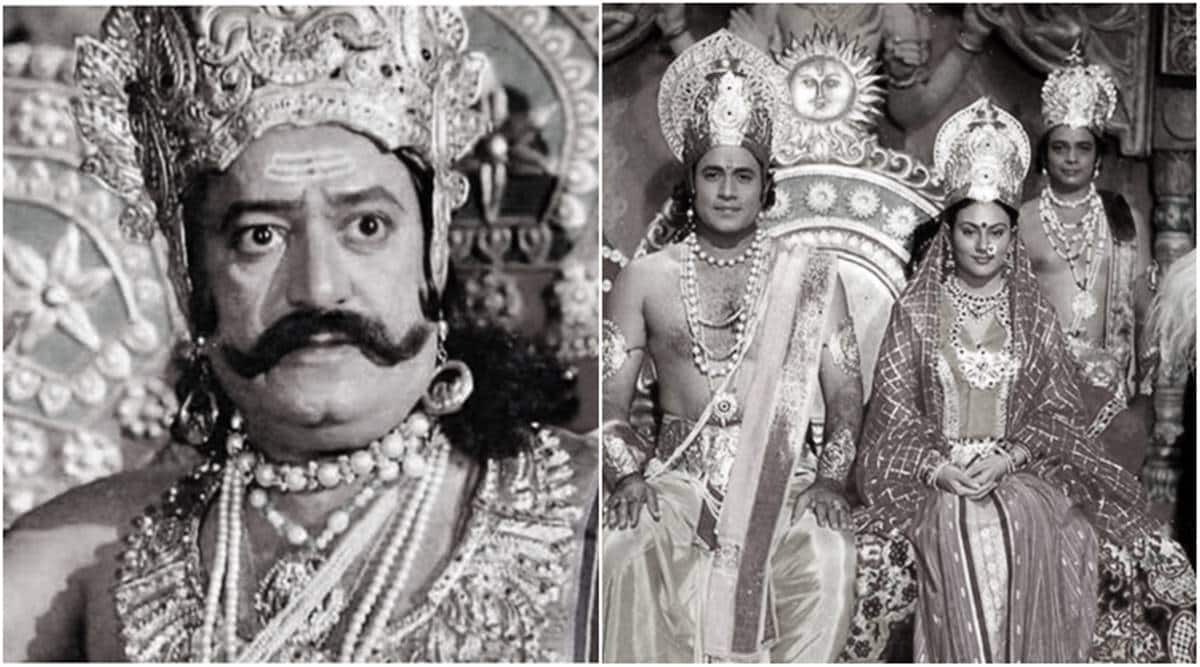 Legendary actor Arvind Trivedi passed away on Tuesday. The actor, 82, rose to fame with his character of Ravan in 1987’s TV series Ramayana, created by Ramanand Sagar. He was suffering from age-related illnesses. As soon as the news was announced, his fans, friends and Ramayan co-stars condoled his death.

Dipika Chikhalia, who played Sita in the show, recalled how Trivedi had apologised to her several times during the shoot of the show.

“During the Sita apaharan scene, he was pulling me, my hair was getting pulled. He was actually feeling bad about it and it was very unusual as an actor. He is a Gujarati and he kept asking me, ‘Aapko laga toh nahi’. I would tell him that I am fine and not to worry. But as per the scene’s requirements, he was told that he has to pull me in order to make it look real. He was caught between not trying to hurt me and trying to give his best. And I remember he apologised in front of media and others for the ‘Sita apaharan’ scene,” Dipika told ETimes.

Dipika, along with Ramayan co-stars Sunil Lahiri and Sameer Rajda, was among the several celebrities who paid their last respects to Arvind Trivedi at his last rites, which were held at Dahanukarwadi crematorium, Kandivali West, in Mumbai.

Sunil Lahiri, who had played Lakshman in the series, revealed that while Arvind played Ravan, ‘he was a pakka Ram bhakt’.

“Although he was a very big star in Gujarati cinema, he had no airs while shooting with us. He was very cordial with us throughout the shooting, a thorough gentleman. He was very positive in real life. Also, the way he played Raavan, I don’t think anyone will ever be able to match up to his level,” remembered Sunil in an interview.

Arun Govil, who played Lord Ram in the popular series, shared that he has the regret of not being able to attend the funeral of his co-star Arvind. Cherishing the memories he shared with him, Govil said, “I had a chat with him around 10 days back and he was not keeping well. He did not have any serious illness, he was suffering from age-related issues.”

“I feel a deep void because I worked with him for many years in Umbergaon and he was a good friend, co-actor and we spent a lot of time working together,” he added.

Last year, Arvind Trivedi’s granddaughter had revealed in an interview that the actor would fast during the shoot of Ramayan.

“It took him five hours to get ready. He used to fast during shoot, would do Ram’s aartis. Before the filming would begin, he would do a lot of puja, even ask for forgiveness for all the evil things he would have to say to Lord Ram during filming,” Trivedi’s granddaughter told BBC Hindi.

Arvind Trivedi suffered heart attack on Tuesday night. The news of his death was confirmed by his nephew Kaushaubh Trivedi.