Happy Birthday Rajat Tokas: Known to be the blue-eyed boy of producer Ekta Kapoor, Rajat has turned a year older today. Here's a look at some of his best roles. A child prodigy, Rajat Tokas made his debut with DD National’s Bongo. Born and brought up in Delhi, he moved to Mumbai in 2005. He soon bagged the role of Tantya in TV show Sai Baba. But life had other plans for the actor. The very next year, Rajat bagged the role of the young Prithviraj Chauhan. The show changed his life, both personally and professionally. The actor continues to be a bankable star and has some hit shows to his credit. Known to be the blue-eyed boy of producer Ekta Kapoor, Rajat has turned a year older today. Here’s a look at some of his best roles.

In 2006, Star Plus launched Dharti Ka Veer Yodha Prithviraj Chauhan. Rajat was signed on to play the role of the young prince. While he was supposed to do only a few episodes, the positive response and fan following forced the makers to extend his part to almost 200 episodes. Rajat then played the lead role in NDTV Imagine’s Dharam Veer along with Vikrant Massey. He played a prince once again in this period drama. Launched in 2008, the show received tremendous response. Rajat Tokas in Dharam Veer along with Vikrant Massey.

Breaking his royal image, Rajat took up Ekta Kapoor’s love saga Tere Liye in 2010. Critics were amazed to see the young man portray a character with shades of grey, stepping out from his usual prince avatar. After doing some episodic roles, Rajat was back doing what he does best – play a prince. In 2013, Ekta introduced him as Akbar in her historical magnum opus Jodha Akbar. The actor was compared to Hrithik Roshan, who had played the role on the big screen. But Rajat once again impressed all with his performance. His chemistry with Paridhi Sharma was also lauded. Rajat was then seen in a cameo in fantasy drama Naagin. Playing a mongoose (nevla), he wreaked havoc in the life of the two leading ladies Shivanya (Mouni Roy) and Shesha (Adaa Khan). Rajat Tokas was then seen in a cameo in fantasy drama Naagin.

In 2016, the actor was seen playing the lead in Star Plus’ Chandra Nandni. The show depicted the life of the Mauryan king Chandragupta Maurya and his wife Nandni. Shweta Basu Prasad played the female lead. The daily was much appreciated and loved for its grand presentation and performances. Rajat Tokas was seen playing the lead in Star Plus’ Chandra Nandni.

Showing off a well-sculpted body, Rajat was last seen in the premiere episode of Naagin 3. Playing a shape-shifting snake couple, Rajat and Karishma Tanna set the temperatures soaring with their sizzling dance performance in this supernatural drama. 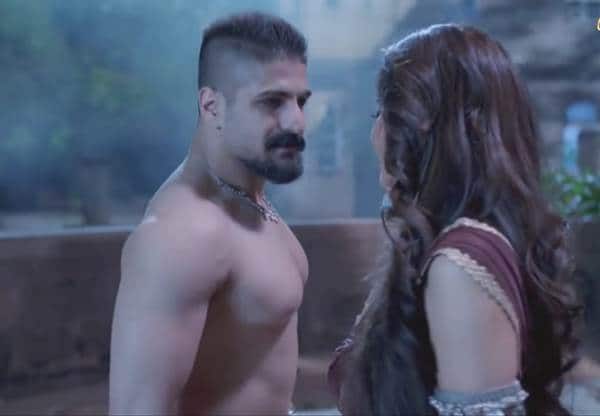 We wish the actor a very happy birthday.

BSE index in flat ahead of Friday’s no-trust motion