Nach Balye 8--the reality TV show has got its final three contenders for the trophy in Divyanka Tripathi-Vivek Dahiya, Sanam Johar-Abigail Pande and Sanaya Irani-Mohit Sehgal. As the audience votes for its favourite contestant, we try to summarise the journey of the three finalists. Nach Baliye 8: Divyanka Tripathi, Sanaya Irani and Sanam Johar will fight out in finals of the dance reality show.

Nach Baliye 8 started with ten celebrity couples and their battle to win hearts with their chemistry and perfect dance moves. But now as it is approaching its finale on Sunday, the reality TV show has got its final three contenders for the trophy in Divyanka Tripathi-Vivek Dahiya, Sanam Johar-Abigail Pande and Sanaya Irani-Mohit Sehgal. The three couples with their ‘romance vala dance’ managed to survive all the challenges thrown at them by the judges of the show, Terrence Lewis, Sonakshi Sinha and Mohit Suri.

While Divyanka managed to put her best foot forward despite her back injury, Mohit being a non-dancer, did all he could to live up to the expectations of his fans and judges and lastly, Abigail matched steps with her choreographer beau Sanam and she did it quite well. But now as the audience votes for its favourite contestant, we try to summarise the journey of the three finalists. Do let us know whom do you want to see lifting the winner’s trophy on Sunday.

Who according to you should win Nach Baliye 8? Cast your votes here.

Who according to you should win #NachBaliye8? Divyanka aka Ishita Bhalla of Yeh Hai Mohabbatein was already popular among the television viewers and held a special place in their hearts, courtesy her hit TV show. The couple who will be celebrating their one year marriage anniversary next month on July 8, played safe initially and put up simple yet effective performances. But as they grew stronger in the competition, they started trying different and difficult acts. Vivek and Divyanka, both of them have had their share of struggles with injuries on the show as well, but as they say, the show must go on, the couple didn’t take a step back from working hard. Despite several rumours of Divyanka being favoured on the show, the actor didn’t let anything affect her and shut the haters with some of her spectacular performances. The adorable couple started off their journey on a low note but as the show progressed Mohit worked on his dancing skills and didn’t let Sanaya’s efforts go in vain. Week after week, the couple stunned the judges as well as their fans with their improvement graph. Their spooky horror act still counts in one of the best performances of the season. Other than this, it is Sanaya’s popularity and her Iss Pyaar Ko Kya Naam Doon fan base that increases the chances of the couple taking the trophy home. 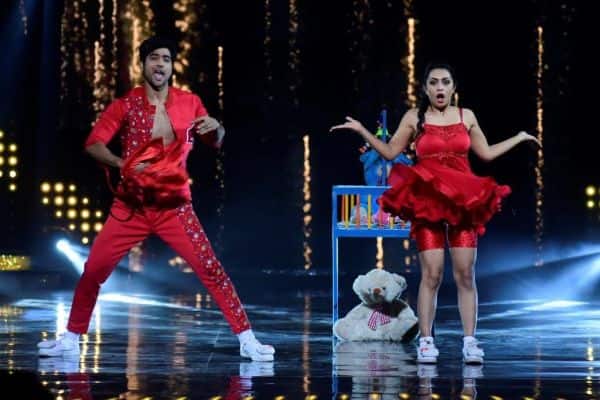 The day the couple was introduced on the Nach Manch, many were sure of them being in the finale since Sanam’s dancing skills were no secret for his fans and television viewers. But the only doubt his fans had was whether actor Abigail will be able to match up to her dancer beau or not. But she was a complete surprise package as she shook a leg with Sanam. As they performed it became difficult to take eyes off the cute couple. But the only drawback this couple has is the duo do not have as strong a fanbase as the other two finalists.

Afghanistan and Ireland wait on vote to join Test nations