Kiku Sharda has been sent to 14 days judicial custody for mimicking Baba Gurmeet Ram Rahim Singh on his show. 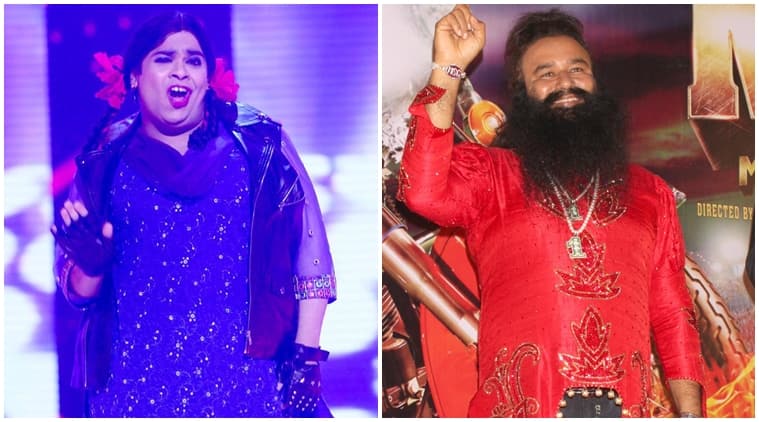 ‘Comedy Nights With Kapil’ actor Kiku Sharda aka ‘Palak’, who was arrested for mimicking Dera Sacha Sauda chief Gurmeet Ram Rahim Singh on his show, has been sent to 14 days judicial custody in Kaithal, Haryana.

Also read: Why should I alone be blamed, asks Kiku Sharda

Kiku was arrested for allegedly hurting the sentiments of the self-styled godman’s followers.

Kiku Sharda was sent to 14-day judicial custody after police produced him before the court of Nandita Kaushik, Chief Judicial Magistrate in Kaithal. But later in day, he was granted bail. (After Kiku Sharda, actor Ali Asgar gets anticipatory bail )

He was arrested from Mumbai by the Haryana Police. Kiku was booked on December 31 under section 295 A of the Indian Penal Code (outraging religious feelings of any class by insulting its religion or religious belief).  A case was registered on the complaint of one Uday Singh, the follower of Dera Sacha Sauda, police said. (Read: Ram Rahim should ask his followers to chill, says Suresh Menon)

The complainant alleged that Kiku Sharda, while acting in a TV show, Jashn-e-Umeed, which aired on December 27, mimicked the Dera chief and made fun of a scene from his recent movie, MSG-2. After Kiku Sharda, Ali Asgar aka Dadi from ‘Comedy Nights With Kapil’ gets anticipatory bail

While talking to media after his arrest, Kiku apologised and said that he was an artist and “presented the programme on the directions of the channel and programme producers”.

“I was given a dress, script to read and directed to act,” he said, adding that he had been booked in this case but no action was taken against others including the TV channel.

He said that his aim was only to entertain the public and not to hurt the religious feeling and sentiments of any person.

Earlier in December 2015, Kiku had apoligized via on Twitter: “Doston the act on TV was not to hurt anyone’s feelings. My apologies to @Gurmeetramrahim ji and his followers. Let’s spread happiness.”

Doston the act on TV was not to hurt anyone’s feelings. My apologies to @Gurmeetramrahim ji and his followers. Let’s spread happiness. 🙏

Dera followers had even protested against the actor, who shot to fame with comedy show “FIR”, seeking action against him.

Dera Chief Gurmeet Ram Rahim Singh, tweeted saying:  “If he has apologized, no complaint from my side”.

I was busy shooting OnlineGurukul; just got to know, devotees are hurt due to Kiku’s action.If he has apologized, no complaint from my side

Kiku, who has appeared on several reality shows and small screen TV shows, is seen on ‘Comedy Nights With Kapil’ along with Kapil Sharma, Sunil Grover, Ali Asgar, Upasna Singh and Chandan Prabhakar. (With PTI inputs)