Kaun Banega Crorepati 13 winner Geeta Singh Gour: Grew up with the belief that women can do wonders

KBC 13's third crorepati Geeta Singh Gour talks about her experience of being on the hot seat and meeting host Amitabh Bachchan. Geeta also reveals how she plans to use her experience to help others. 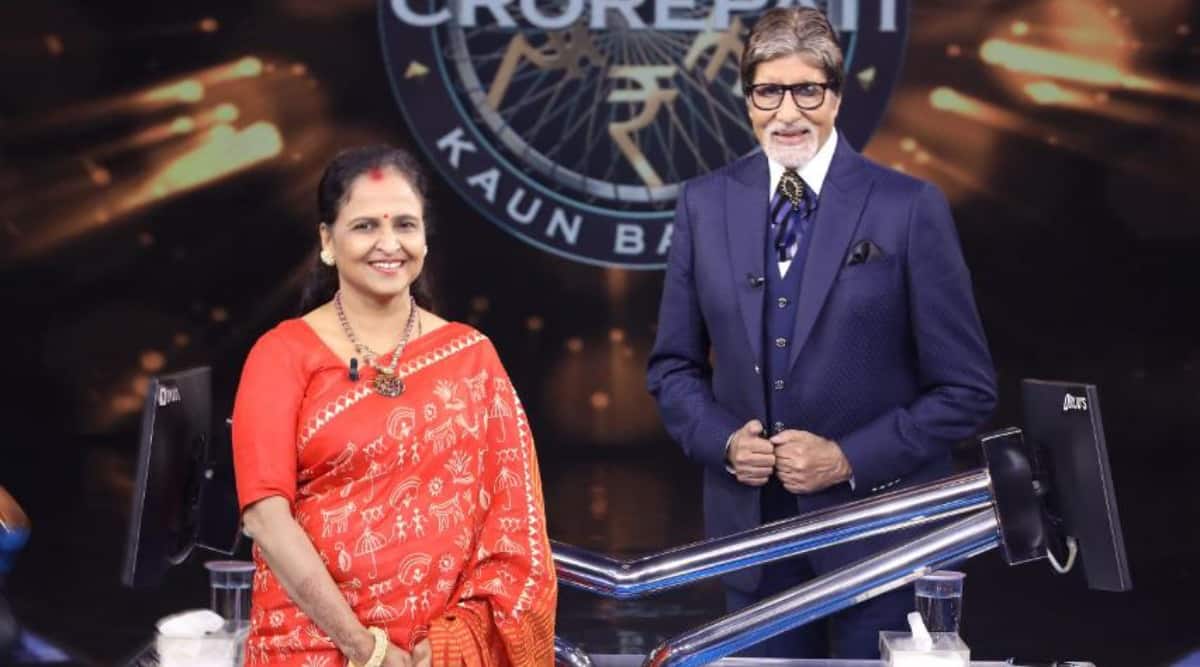 On Tuesday night, Gwalior’s Geeta Singh Gour became the third crorepati on Kaun Banega Crorepati 13. With a degree in law, the 53-year-old aims to live her second innings to the fullest and prove that women can be much more than just being homemakers.

Speaking exclusively to indianexpress.com, Geeta shared that the biggest moment on KBC 13 for her was not when she was announced as a ‘crorepati’ but when she was chosen for the hot seat. “I went on the show with the dream of reaching the hot seat. The prize money was always secondary. All my knowledge would have been futile if I never got to play the game. However, I was sure that once I am there, I will not take the quiz lightly as I was representing housewives there, who want to make an identity for themselves. I did not want anyone to question my intention or say that women should just stay at home.”

Stating that there are no special classes for Kaun Banega Crorepati, the winner said that she has been brushing up her knowledge for the last 16-17 years, from the time she started registering for the show. This year, when she received a call after being shortlisted, Geeta said that she tried to gain information from her day-to-day activities. “I knew I could not complete everything, so whatever I focused on, I studied it in depth. I wanted to be confident of whatever I was reading so that there was no apprehension if I get a question around the same subject.”

Talking about her family, Geeta Singh Gour said that while she comes from a patriarchal setup, the men in her family have always believed in woman empowerment. “Be it my grandfather, father and now even my husband, they always believed that women could do wonders. I have grown up with that belief since childhood and that made me confident of taking the reins of my life in my hands at this age.”

She further revealed that celebrations began at home the moment she reached the hot seat. “Everyone kept telling me to play the game calmly and not get scared. They wanted me to enjoy the experience. Also, my family said that the prize money doesn’t matter as I was already a winner for them,” she said.

Calling her time with host Amitabh Bachchan surreal, Geeta said that she could not believe that a superstar could be so humble. “He makes you so comfortable and at ease. I felt like I was dreaming the entire time. He never made me feel like I was a no-one, and gave me immense respect and encouragement.”

Taking a cue from Big B, Geeta Singh Gour too wants to encourage other housewives to create their own identity. Geeta also shared that she has been getting numerous calls asking for guidance to be on KBC. “There are some who have never even seen the show, and now want to participate next year. I have been inundated with queries and honestly, I have decided I will help everyone. If I can achieve my dreams, I want others to do it too. I will be available for any kind of assistance to anyone who needs it,” she said.

Currently prepping for her son’s wedding that’s set to happen in December, Geeta added that she hasn’t had time to plan how she will use her prize money. She said, “As of now, I am just enjoying each moment and seeing the happiness in my family’s eyes has only made it all the more special for me.”

Survey across 1.23 lakh schools across country to assess learning loss due to Covid-19 on Friday