Kapil Sharma punched by Sonakshi Sinha as he takes a dig at Shatrughan Sinha in hilarious video, watch

The Kapil Sharma Show: Sonakshi Sinha is seen punching the show's host as he mentions her father, actor Shatrughan Sinha. She will be promoting her new music video titled "Mil Mahiya" on the show. 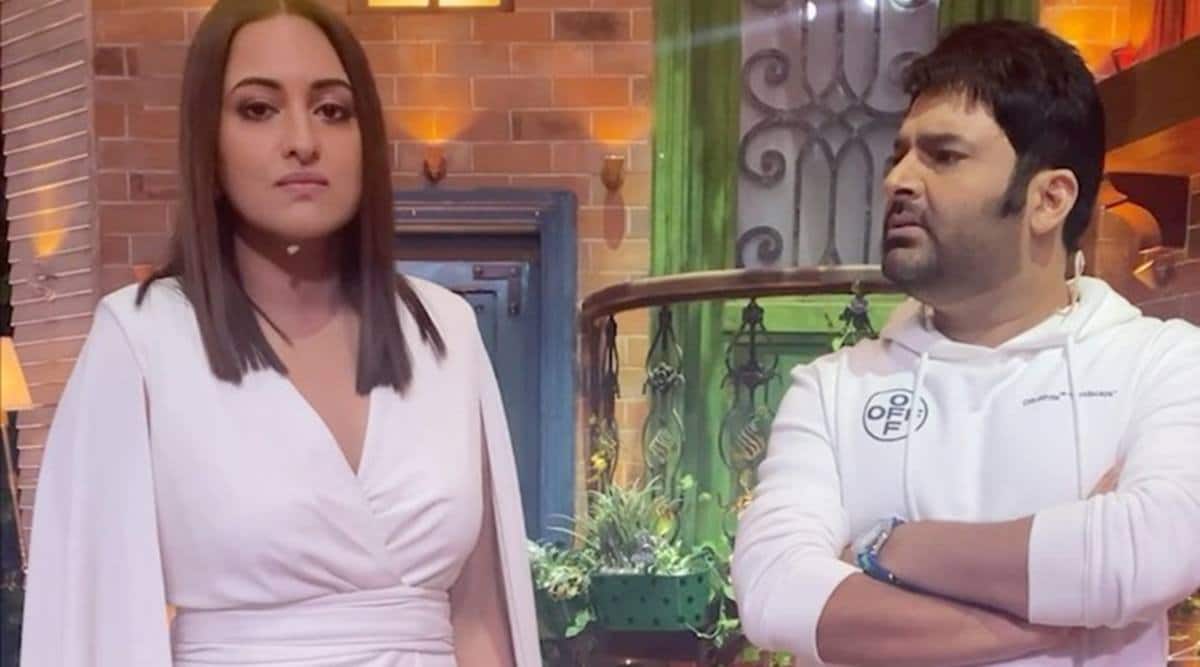 The Kapil Sharma Show team is all set to host Sonakshi Sinha as she promotes her new song on the laughter show. The actor recently came out with a music video titled “Mil Mahiya” and she appeared on Kapil’s show where she also performed the song.

While not many photos and videos from the episode are out yet, Kapil shared his first reel, which he made with Sonakshi on the The Kapil Sharma Show sets. The reel shows Kapil on his set as he tries to flirt with the actor, and mentions her father, actor Shatrughan Sinha.

In the video, Sonakshi Sinha is seen lip-syncing her song, “Menu mileya badi mushkil mahiya, Mil mahiya menu mil mahiye (Come and meet me my love)”. Kapil walks up to her and says, “Milne aate hain toh aapke pitaji kehte hain ‘khamosh’ (When I come and meet you, your father says ‘khamosh’). ” An irritated Sonakshi is then seen punching him in the funny video.

The Punjabi song’s music video, which features Sonakshi Sinha was launched on September 30. The song is by Raashi Sood.

While Karisma Kapoor will appear with father Randhir Kapoor on the show this weekend, others who have graced the show include Neha Kakkar-Tony Kakkar, cricketers Virendra Sehwag and Mohammad Kaif, Govinda and family, and Bhool Police stars Saif Ali Khan, Jacqueline Fernandez and Yami Gautam among others.

The show’s judge Archana Puran Singh is trending on Twitter after Navjot Singh Sidhu’s resignation as Punjab Congress chief. Memes suggested that she is concerned that Sidhu will now return to reclaim his chair on The Kapil Sharma Show. In a new interview, Archana said that if Sidhu really wants to return, she has other opportunities that she can take up.