Kapil Sharma enjoyed a musical session with a group of youngsters in Bhubaneswar. He is in the city for the shoot of his next film with Nandita Das. 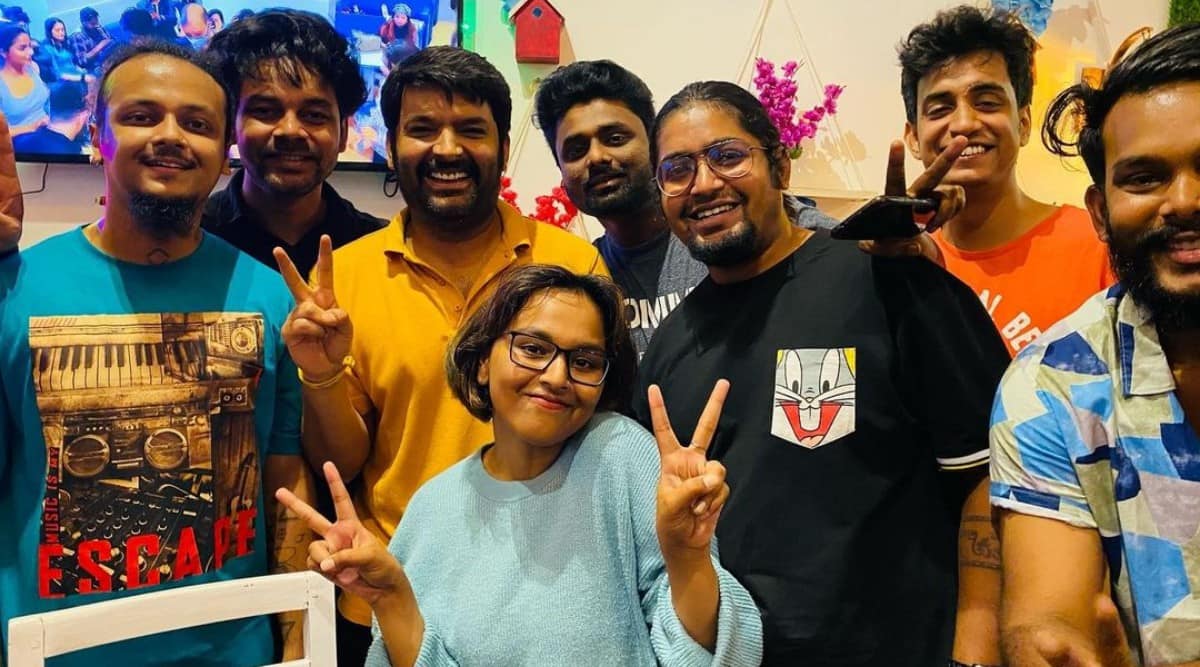 Kapil Sharma is shooting for his next film in Odisha. (Photo: Kapil Sharma/Instagram)

Kapil Sharma is making the most of his time in Odisha where he is shooting for his next film. The actor-comedian has been sharing photos and videos from his visit to various places in the state. Recently, he enjoyed a musical session with a group of youngsters in Bhubaneswar.

Kapil shared a couple of photos with the group and also posted a video where he was seen jamming and singing with them. In the video, he is seen singing Mohammed Rafi’s hit song, “Gulabi Aankhen Jo Teri Dekhi” while everyone around him is making videos of him and enjoying the musical session. The director of Kapil’s next film, Nandita Das was also present.

Sharing the photos and videos, Kapil wrote, “had a wonderful n random musical session with these very talented youngsters from Bhubaneswar ❤️ #odisha 🙏”. Fans of the comedian praised his singing and dropped heart emojis on the post. One of them wrote, “Excellent Dear Kapil Bhai 😍❤️😍 @kapilsharma.” Another added, “stupendo fabulously phentasmajorically majical🧿🔱🌈 paaji @kapilsharma.”

Earlier, Kapil had posted a photo from his visit to the Konark Sun Temple. He had also updated his fans about his meeting with the CM of the state, Navin Patnaik. A viral video of the actor from Bhubaneswar also revealed his character as a food delivery rider in the Nandita Das film.

Kejriwal targets BJP: If polls deferred in this manner, there will be no point of democracy