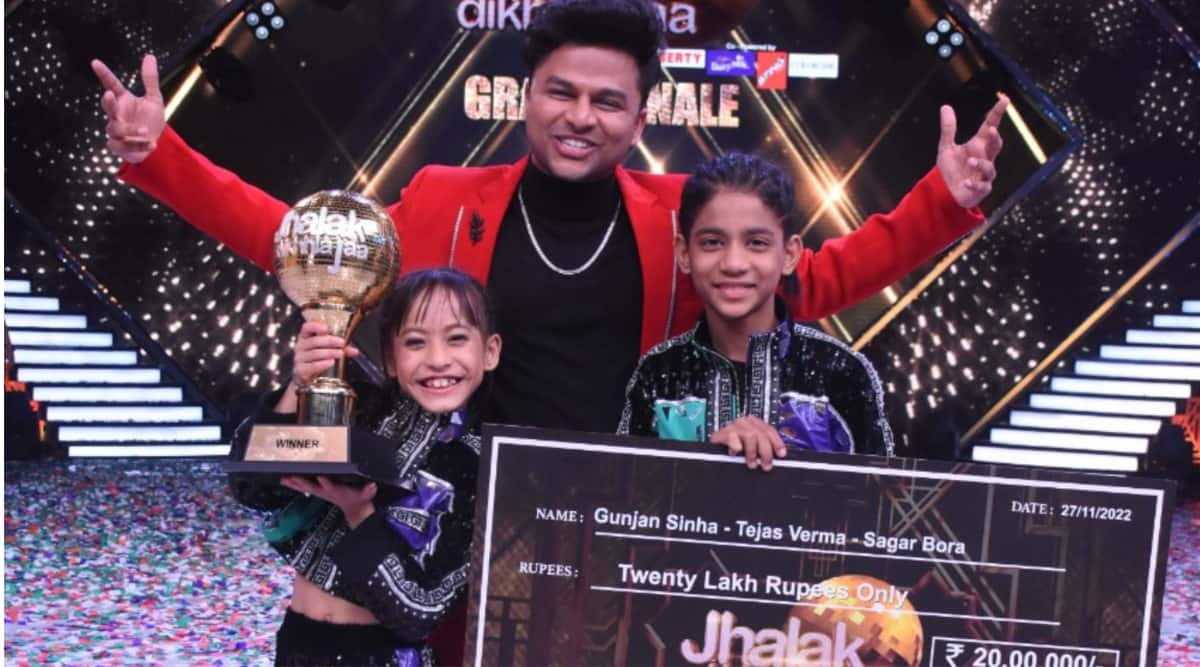 A finalist of Dance Deewane, Gunjan Sinha has been one of the strongest contestants this season. Given her age, she may not have been involved in entertainment buffer acts but the young champ impressed judges week after week with her performances. In the finale, it was their cumulative score that helped her emerge victorious ahead of the popular stars.

Also Read |Karan Johar on why he has to ‘sugarcoat himself’ on Jhalak Dikkhla Jaa: ‘The contestants are sensitive and vulnerable’

On winning the show, Gunjan said in a statement, “What an exhilarating journey Jhalak Dikhhla Jaa 10 has been. I am taking back a box filled with beautiful memories. I thank my partner Tejas Verma and choreographer Sagar Bora, who has been the source of inspiration and strength while I danced my heart out. Big love to judges Madhuri Dixit Nene, Karan Johar and Nora Fatehi for always giving me the valuable guidance I needed to up my dance game at various stages of the season. I am grateful that our team has fulfilled the dream of winning the most epic dance battle in India.”

Inside Karan Johar’s vanity van with his 5 essentials: ‘Everything in this space of mine screams me’