Playing an obsessive lover with such conviction had got her a lot of acclaim and when we questioned Jennifer Winget, how difficult it is to switch between such roles. Bepannaah It airs Monday-Friday 9 pm on Colors. 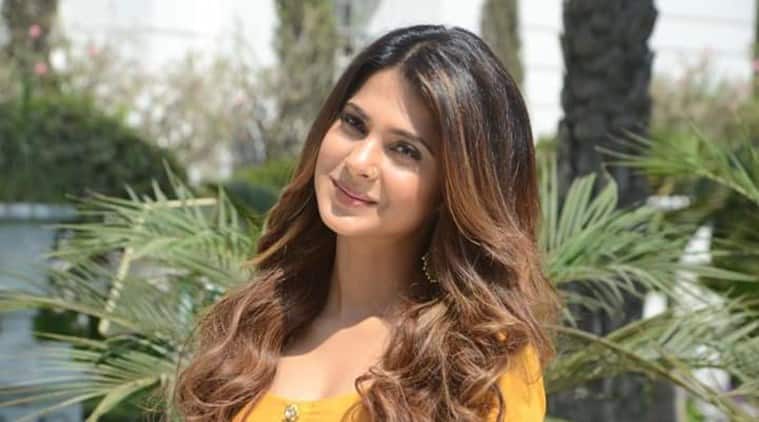 Jennifer Winget had made her big screen debut opposite director Kunal Kohli with the film Phir Se.

Jennifer Winget seems to have been blessed with the Midas touch – whatever she touches, just turns into gold. After a successful run of Beyhadh, the actor is currently spreading her magic with Bepannaah, that has been receiving tremendous response from all quarters. When asked how it feels to grab back-to-back meaty roles, Jennifer, in an exclusive conversation with indianexpress.com, shared, “It feels amazing! I really feel fortunate and blessed to be given such opportunities and great shows.”

Talking about her association with Cinevistaas, the makers of shows like Dill Mill Gayye, Beyhadh and now Bepannaah, the 32-year-old actor quipped, “I love them and we’ve had a long association, so we have complete faith in each other. I know whenever they offer me something, it’s well thought and carefully curated. Also, whenever we have worked together, it has always worked out and we are looking forward to another success (smiles). Cinevistaas is like a second home to me and with so many friends working together in this show, it feels amazing.”

Giving out her reasons for taking up Bepannaah, Jennifer stated, “After Beyadh, I did not want to restrict myself to a certain genre. As an actor, you want to experiment with roles and that was my primary reason. After a headstrong Maya, I was getting to play Zoya, and explore the innocence a small-town girl in love. Also, I have never played a Muslim character, so getting to learn Urdu was a lucrative offer. While I was doing Beyhadh, we had almost closed the deal. So I didn’t even have to look out and straight away jumped into.”

She further added, “Zoya is a very sweet girl with a perfect life. She had a sheltered childhood, married the love of her life and she doesn’t have any baggage in life. Until one day, a tragedy happens that leads to her perfect world crumbling down. She also meets Aditya, who she doesn’t really like but destiny keeps bringing them together. How in their journey together, they also discover themselves is the story.”

Playing an obsessive lover with such conviction had got her a lot of acclaim and when we questioned the actor, how difficult it is to switch between such roles, she said, “A lot of work had gone to go into the character and definitely more to come out. I took a break and traveled and did just nothing for about two months. As an actor, you get used to it and exactly know how to do it.”

Jennifer married longtime friend Karan Singh Grover in 2012 and they parted ways after two years. We asked her if the experience got her to relate to Zoya’s emotions, to which she said, “Not really, I have moved on from that long back. Also, Zoya has a lot of optimism, which I am also learning from her. The show deals with the idea of second chances and how the end of a relationship is not the end of a life. The universe works in the most miraculous way and whenever a door is shut, another does opens soon.”

Stating that she too believes in second chances, Jennifer added, “I love love, in all its form and glory. I think it’s the most beautiful emotion. Also, it’s never limited to a relationship, for you love your parents, friends and even your work. As for marriage, I don’t know, we will see to that.”

The actor had made her big screen debut opposite director Kunal Kohli with the film Phir Se. It sadly did not find theatres and was recently released on the web. Talking about the same, Jennifer quipped, “When we came to know it won’t get released, I did feel sad about it. But I am absolutely ecstatic that it’s up on the web now and people are getting to see it. When you put so much effort and hard work, no matter which way, if the audience gets to see and love it, we should be happy about it.”

While Jennifer is also open to working on web series and says her only requirements are “good roles”, she had a valid point to make on her absence from reality television. “I have no time. My work keeps me so busy. But I would definitely love to host a show and as and when something comes my way, I would take it up.”

Along with Jennifer, Bepannaah stars Harshad Chopda, Sehban Azim and Namita Dubey in the lead roles. It airs Monday-Friday 9 pm on Colors.