Before Ankita Lokhande ties the knot with Vicky Jain on December 14, the actor had her mehendi function on Saturday, December 11. And from the looks of it, the function seemed to be a fun-filled event. 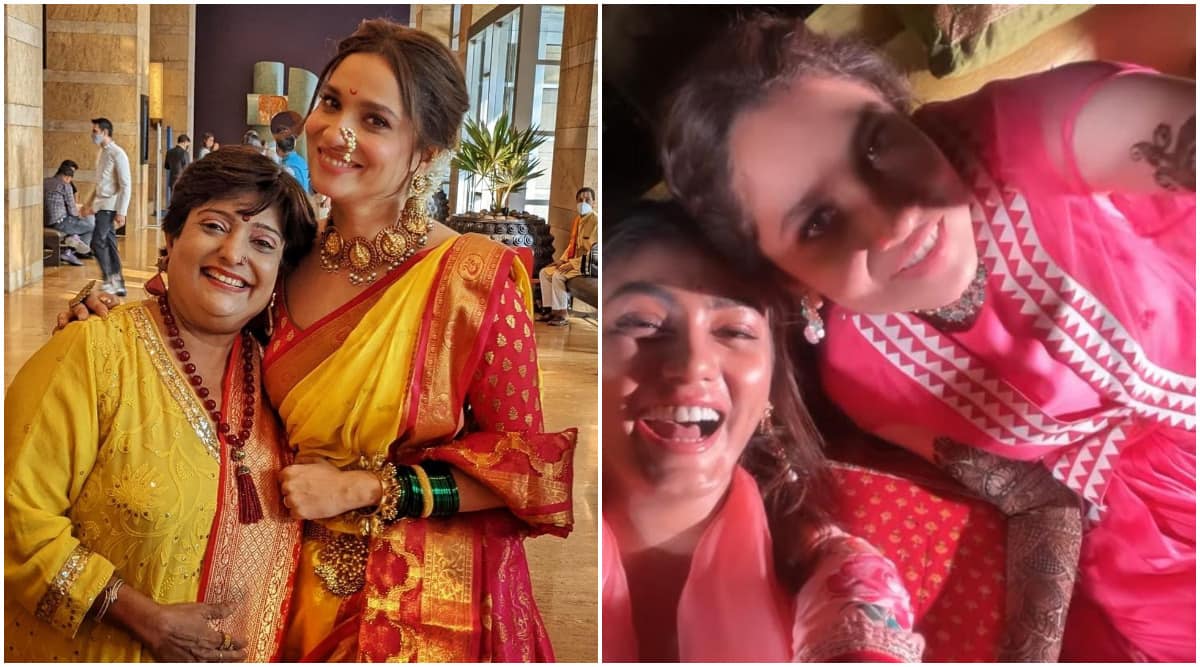 Actor Ankita Lokhande, who is all set to tie the knot with her fiancé Vicky Jain, had her mehendi ceremony on Saturday, December 11 in Mumbai. The Manikarnika actor had a dreamy mehendi ceremony followed by a cocktail party. Bollywood mehendi artist Veena Nagda made beautiful mehendi design for the bride-to-be.

Ankita, at her mehendi ceremony, looked radiant in a pink outfit which she adorned with high voltage smiles and her groom-to-be danced away on the beats of dhol with friends who graced the ceremony.

Celebrity mehendi artist Veena Nagda took to her Instagram page to share a picture of herself with Ankita. Nagda recently did mehendi even for Katrina Kaif-Vicky Kaushal wedding in Rajasthan.

Ankita opted for a heavy mehendi design on her arms as she prepares to dazzle as a bride. On Sunday, December 12, Ankita and Vicky will have an engagement ceremony and will finally tie the knot on Tuesday, December 14.

Television actor Sana Makbul gave glimpses of Ankita and Vicky’s mehendi ceremony, as she shared a few videos from the party through Instagram stories. Last week, Ankita and Vicky had a traditional traditional Maharashtrian pre-wedding function at the actor’s house in Mumbai. Their wedding invite caught everyone’s attention. The blue wedding card in silver embossed writings, decorated with crystals looked royal as ever. On Saturday, Ankita surprised her fans with a video of her pre-wedding shoot with Vicky. The actor took to Instagram to share the video, much to the delight of her followers. The video, which has been shot in Dubai, begins with Ankita and Vicky walking in the middle of a desert. Soon, we see them romancing each other on a yacht. Both Ankita and Vicky are seen twinning in white in the video, which they concluded with a kiss and a hug.

Ankita is currently seen on Pavitra Rishta 2.0, in which she shares screen space with Shaheer Sheikh. The show is a spiritual sequel to the hit series of the same name, which launched the career of the late Sushant Singh Rajput.

Afghanistan: Donors back release of $280 million in aid