Bhairavi Raichura on Hum Paanch: People used to bet if I was the same girl who played Kajal Bhai

Bhairavi Raichura, who played Kajal Mathur aka Kajal Bhai in Ekta Kapoor's 1990s iconic show Hum Paanch, spoke about its comeback on Zee TV during the lockdown period amid the ongoing coronavirus ourbreak. 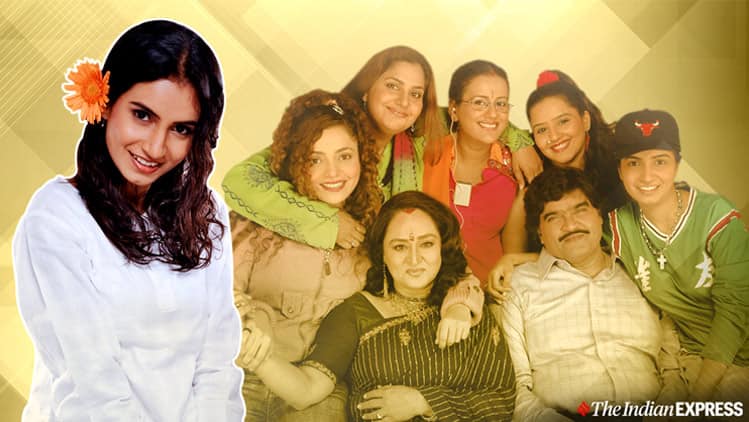 Bhairavi Raichura said she had no clue how Ekta Kapoor selected her to play Kajal Mathur aka Kajal Bhai in Hum Paanch. The popular sitcom which made a comeback on Zee TV on Monday, first aired between 1995 and 1999. In a bid to provide audience with a dose of nostalgia during the lockdown, the channel decided to rerun the show, that also completed 25 years on the same day.

Bhairavi, who was pretty new to the industry when Hum Paanch happened to her, exclusively shared with indianexpress.com, how its set was like an acting workshop for most of the actors. She also revealed that playing the boisterous Kajal Bhai was initially challenging.

What was your reaction when you got to now that Hum Paanch is going to have a rerun on television?

I got to know very late because I am not on social media. It’s a mixed bag of emotions. There is excitement and nostalgia. I’ll watch the first episode. So many memories will come back, that’s for sure! It’s been more than two decades. It’s like wow!

How did you land the role of Kajal Bhai?

I was doing a Gujarati play whose director was Homi Wadia. He was also an actor and was a part of a horror series Mano Ya Na Mano, produced by Ekta Kapoor. So he asked me if I would do the series. Since it was my vacation time, I agreed to do it. I met Ekta there and she just called me. I had a five minute conversation with her and the director and she just took me for the role. There were no auditions to check if I’d be able to do it or not. I still wonder what made her cast me. Maybe they wanted this petite looking girl whose attitude is like a Bhai.

Was playing Kajal Bhai difficult, since we had never seen an actress playing such a role before?

I knew nothing of that role. I had to really work hard because as you rightly said, there was no reference of onscreen or even in personal life for me. I still thank my associate director Rajan ji, because he was from this area where there were these kind of Bhais and he actually used to teach me each and every mannerism. And before every scene, at least in the initial first year or six months a lot of prep was done. And of course, Ashok (Saraf) uncle also had a lot of inputs. So there was no grooming class or acting workshops. The workshops happened on the sets. 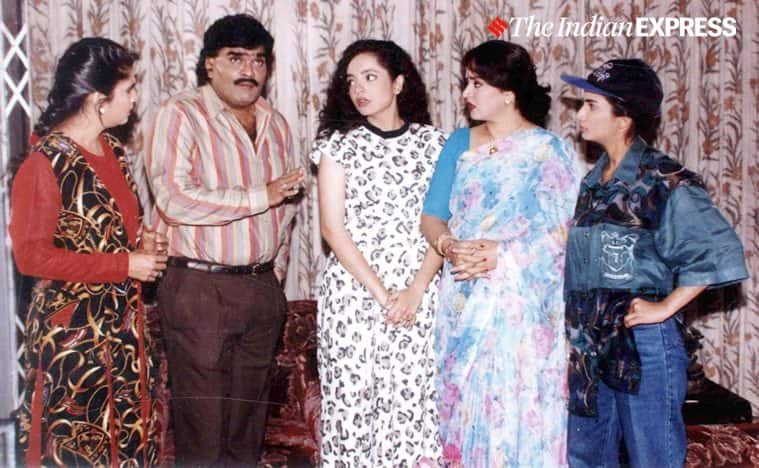 When did you realise that you have actually become a part of an iconic show?

I used to live in Borivali and our set was in Juhu. So I used to travel in train and then rickshaw. Initially people used to bet and wonder if I was the same girl. They used to come to me and check if they were right (laughs). When it became difficult to travel by train and stuff, my father decided to get me a car. That’s when I realised it is big because before that I used to live a regular life.

Hum Paanch is part of a series of landmark shows which have made a comeback on TV during the lockdown. How do you see this trend?

Ramayan and Mahabharat came back and became huge hits, seeing the TRPs. In fact, even my parents watch them at home. This whole trend is nice, it is nostalgic. Let’s see how people like Hum Paanch now, because today there is so much to binge watch. Maybe as a change, they might like it too, that’s why Mahabharat and Ramayan are also doing exceptionally well.