From Dekh Bhai Dekh to Baarish, here’s everything Indian TV has to offer

Indian television is presenting an interesting mix of shows to keep viewers entertained as they practice self-isolation amid the coronavirus outbreak.

With so much content on air, in this blog, we provide you with all the information on these shows.

Since the television industry is unable to produce new content amid the national lockdown, TV channels have come up with new ways to grab eyeballs.

Manisha Sharma, the Chief Content Officer of Hindi mass entertainment at Colors, said, “To drive away your lockdown blues, we are presenting dedicated blocks for comedy, drama, romance to give you the best of the best content. As we all try to get ahead of the pandemic, we want to continue to be your companion for everything entertainment.”

With so much content on air, in this blog, we provide you with all the information on these shows.

The older episodes of ZEE TV's superhit show Kumkum Bhagya will be aired from Monday-Friday at 7:00 PM. Doordarshan left viewers nostalgic as it announced the return of Ramayan. Channels like Zee TV, Star Plus, Colors and Sony TV are also following suit. Here is a look at all the shows which are back on television.

You can watch Zee TV's hit TV show Kasamh Se at 2 pm from Monday to Friday. It is a story of three sisters, Bani, Pia and Rano, who shifts to Mumbai to fulfil their dreams. Ram Kapoor plays a wealthy businessman in the Ekta Kapoor show. It ran for 3 years on TV, from 2006-2009. 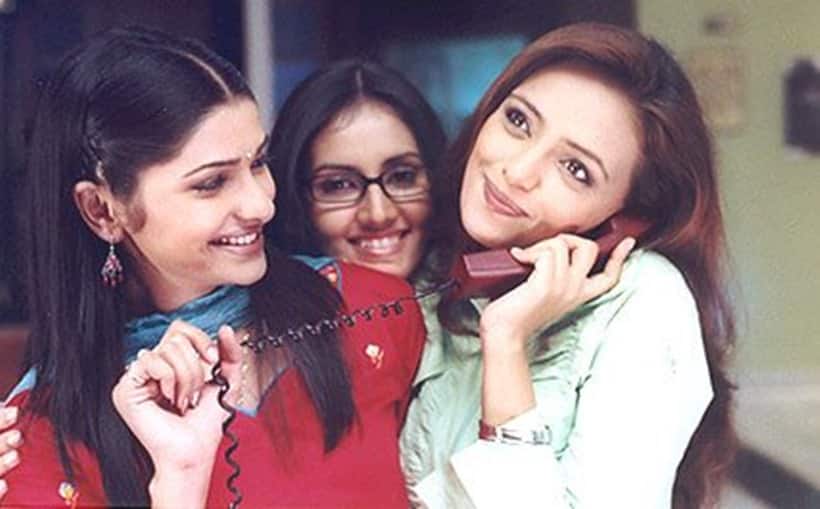 The actors of Shaktimaan: Where are they now?

Shaktimaan launched in September 1997 on DD1 and successfully aired for eight years. It was conceptualised by Mukesh Khanna, who played the titular role, after he saw kids in his family watching superhero shows on TV. As you watch the superhero show on Doordarshan, let’s check out what the cast of the show is up to these days.

India’s first superhero Shaktimaan got his powers from the five elements of nature. He was said to be the rebirth of Shri Satya, who had formed the Suryanshi Sect after the war of Mahabharat. He was the one destined to end evil in the world. Interestingly, Shaktimaan also had an alter-ego – a geeky photographer Pandit Gangadhar Vidyadhar Mayadhar Omkarnath Shastri. He created this fake personality to keep his superhero self a secret. Shaktimaan not only fought evil in each episode but always had some moral lessons for his young audience.

Mukesh Khanna was last seen in a pivotal role in Pyaar Ka Dard Hai. The actor recently launched his YouTube channel and has been posting videos on his journey and current trends in the industry. His latest video that went viral has him criticising Ekta Kapoor’s Mahabharat. Khanna has also shared in previous interviews that he wants to get back Shaktimaan, either as a series or a film. Read more

Mukesh Khanna on the return of Shaktiman

Mukesh Khanna, who played the titular role in Shaktimaan, said, “It’s something, which could have never happened. The whole India has been brought back to homes and people are watching these old classics. In the 90’s when Mahabharat and Ramayan used to play on TV, there would be a curfew outside because everyone was glued to their TV sets. But today, first there was a curfew and now people are watching these shows! For me, it’s a double pleasure because both of my shows will be played, something that could have never happened.”

Aahat is the most successful horror series on Indian television. It was created by B.P Singh and premiered in October 1995. Its last season was aired in February 2015. If you are a fan of the horror genre, watch Aahat on Sony TV at 12 midnight.

Rajan Waghdhare's hit 90s sitcom Shrimaan Shrimati has made a comeback on your television screens. It is a story of two married men, who are attracted to each other's wives. It stars Reema Lagoo, Jatin Kanakia, Rakesh Bedi and Archana Puran Singh. The show airs on Doordarshan at 4 pm. Doordarshan has brought back its iconic TV shows like Buniyaad, Dekh Bhai Dekh, Circus, Shriman Shrimati, Ramayan and Mahabharat among others. A Twitter user @Vijay_agneepath wrote, "This way DD National will be number one TRP channel once again. Remember roads were completely barren when Jai Shree Ganesha, Ramayana, Mahabharta were telecasted earlier. Sundays were passed glued to TV screens & seems those days are back again. #DekhBhaiDekh"

Watch ACP Pradyuman investigate criminal cases with Daya and Abhijeet in Sony TV's flagship show CID. It will be on-air at 10 am every day from Monday-Friday.

The actors of Dekh Bhai Dekh: Where are they now?

Before you start watching the fabulous cult show on DD National, let’s take a look at what the stars of Dekh Bhai Dekh are up to now.

The forgetful Balraj Diwan was the elder son of the family, and quite a workaholic. While his wife kept pestering him to spend some time with the family, he just wanted to impress his bosses. He was also the only sensible person in this mad family.

Navin Nischol, who played the role of Balraj, passed away in 2011 after suffering a cardiac arrest.

The older bahu in the family, Suhasini was caring, loving and quite dramatic! Back then too, the show sent out a strong message as Suhasini ran a successful beauty parlour along with handling family duties. And it was sweet to see her in-laws backing her wholeheartedly. Her style of saying ‘ae ji o ji sunoji’ to her husband definitely made us smile.

Post the show, Farida Jalal portrayed some pivotal roles in films like Dilwale Dulhaniya Le Jayenge and Kabi Khushi Kabhi Gham among others. She was last seen in ZEE5’s web series Parchayee.

Also read | The actors of Dekh Bhai Dekh: Where are they now? 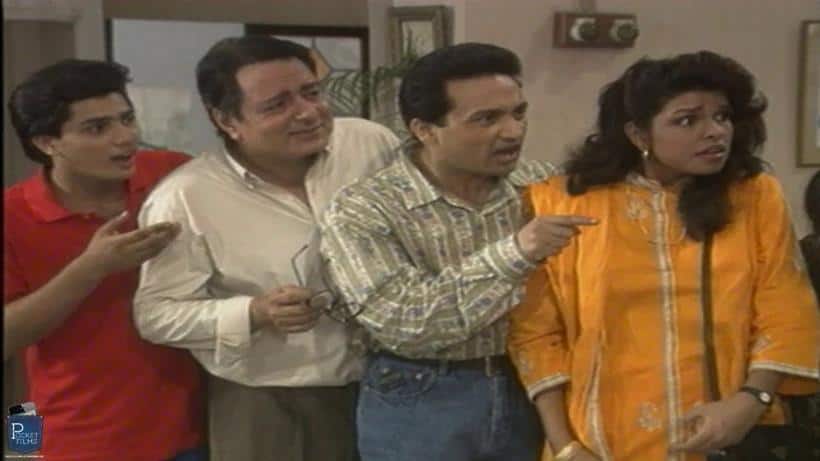 1993 TV show Dekh Bhai Dekh, which premiered on Doordarshan, is returning on the television today at 6 pm. Produced by Jaya Bachchan, the comedy show starred Sushma Seth, Navin Nischol, Shekhar Suman, Farida Jalal, Bhavana Balsavar, Vishal Singh, Nattasha Singh and Deven Bhojani. It narrates the tale of the Diwan family whose three generations lives together in their ancestral bungalow. Together, they promise a perfect dose of humour in every episode which had a different tale to tell. If you haven’t watched it yet, this is the perfect time to watch it with your family on DD National.

Mukesh Khanna, who played the titular role in Shaktimaan and the role of Bhishma in Mahabharat, calls the re-run of classic TV shows a blessing in disguise. “India has been brought back to homes and people are watching these old classics. In the 90s, when Mahabharat and Ramayan used to play on TV, there would be a curfew outside because everyone was glued to their TV sets. But today, first there was a curfew, and now people are watching these shows. For me, it’s a double pleasure because both of my shows will be played, something that could have never happened," the actor told indianexpress.com.