Bepannaah actor Harshad Chopda celebrates his 35th birthday today. Here's a list of five most impressive performances of the actor who has charmed his way into the hearts of millions over the years. 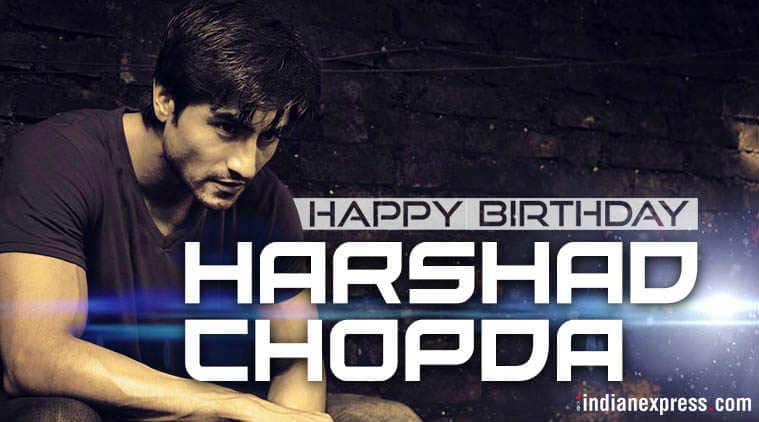 It’s not always that you have a 100 percent success rate but Harshad Chopda is one actor who somehow manages to win the audience’s hearts with every show. Born and brought up in Maharashtra, the young man was on his voyage to become an engineer, before the world of glamour came calling. A complete fitness freak, Harshad is also one of the most eligible bachelors in the industry but he believes that marriage will have to wait for some years. Today as the actor celebrates his birthday, indianexpress.com decided to list down his five most impressive performances over the years.

Though it was Harshad’s second show (Mamta being his debut), this was the project that got him noticed. Playing the soft-spoken and sincere Ali, the actor stood out among the ensemble cast. Harshad was much appreciated for his performance and this was also the show that got him a female fan following.

After playing the lead in Amber Dhara and Jo Jeeta Wahi Sikander, his career took off when Balaji Telefilms signed him for Dis Desh Mein Hai Meraa Dil. The story of two star-crossed lovers and their undying love towards each other had the viewers hooked on to the show. Getting a chance to play the romantic and tragic hero at one go, Harshad impressed the critics and his fan following only jumped up further.

His second tryst with Balaji turned out to be an even bigger success. Tere Liye told the story of soul mates who go through struggles and challenges before they unite. The high-octane drama was much loved and his sizzling chemistry with co-star Anupriya Kapoor burned the television screens.

This show was known for Karanvir Bohra and his antics but to stand up to him was nothing less than a challenge. Harshad played the good guy, a complete opposite to KV’s character. His performance was much lauded and appreciated. Also, his scenes with Sriti Jha looked so natural that it did not take time for rumour mills to link these two.

After a not so successful Humsafars, Harshad has made a comeback to television after three years with Bepannaah. Attempting something really different from what he has done so far, Harshad has come out with flying colours. Aditya is a multidimensional personality and while he is bitter at his wife allegedly cheating on him, his sarcasm and wit keeps you entertained. And now that the show is entering on the track where he would romance Jennifer, fans have been left super excited.