Happy Birthday Lena Headey: Times when Cersei Lannister was actually a hero in a villain’s outfit

Happy Birthday Lena Headey: Even if she is surrounded by enemies in the north, south, east and west, Cersei Lannister simply knows how to rise and shine again. Accept it, you may hate her to the core, but she deserves a giant applaud for her don't-give-a-damn attitude. Lena Headey aka Cersei Lannister turns 44 today. She is well known for playing the role of the scheming queen in the popular television series ‘Game Of Thrones’. Ever since, Lena Headey appeared on screen in her best style, she had got the whole town talking about her. Not that we need a day to talk about Cersei Lannister, but now that we have, we will make the most of it.

Cersei Lannister has always been considered to be one of the negative characters in the ‘Game Of Thrones’ series. She never had the sympathies of the viewers because she never had to suffer like Arya Stark, Sansa Stark or Danaerys Targaryen. When she decided to be a rebel, lay with her brother, produce incestuous children she never regretted it; owing to the fact that she savoured those moments.

Cersei Lannister aces at the art of giving importance to one’s own feelings before everything else, irrespective of how frowned upon the act may be. When she faced the biggest humiliation in her life from the Sparrows, she chose violence and wiped out all her enemies.

Cersei Lannister as a mother.

Cinema has always portrayed mothers as the benevolent soft-hearted woman, who would impart good knowledge to their children. Then we met Cersei Lannister who does not believe in blinding her kids while warning them about their enemies. True. She is not the kind of mother who would tell fairy tales to her children before they go to sleep. Rather she would prepare them to sleep with their swords, lest an enemy comes to attack them while they are in their slumber. However, while trying to be protective, careful and simultaneously loving, she did a pathetic job at raising Joffrey Baratheon.

Nevertheless, at the end of the day, Cersei wants nothing but the best for her sons and daughters and she couldn’t be more consumed with guilt and remorse for secretly knowing all along that her children’s deaths were largely due to her own fault.

Cersei Lannister as a sister/lover 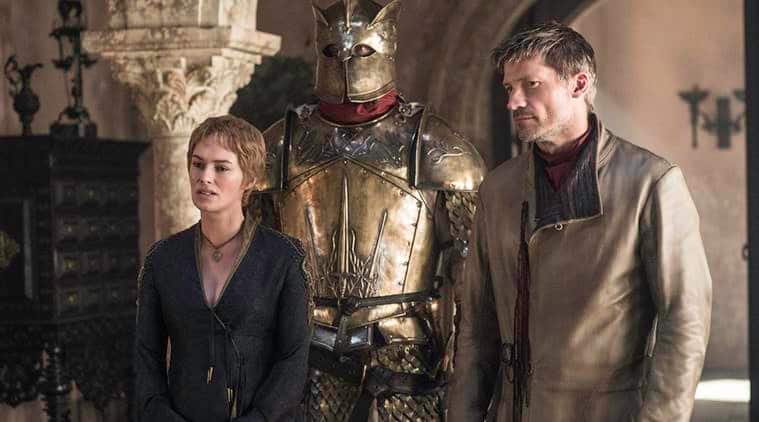 Jaime Lannister and her children have always been Cersei’s weakness. Ever since Jaime came back in her life as a more sensitive character she had kept him under watch all the time. Even when she isn’t present with her brother she is well aware of his activities. Cersei who is deliciously evil by choice finds her barriers when she confronts Jaime. In season 7 even when she wanted to slay him, the little human inside her stopped her from taking such a drastic step.

Cersei Lannister as an advisor

She is the last person you should visit if you are fond of hearing sugar-coated lies; because she is terribly practical and thinks of the worst before preparing any plan. While giving you not-so-encouraging advice, she also fearlessly shows you where you stand.

Cersei Lannister as an enemy

You know your survival hopes look bleak if you are not in her good books. When others would go into depression due to their guilt and remorse for a mistake made in the past, Cersei would keep herself awake all night making plans on how to give the right kind of punishment to her enemies.

Even if she is surrounded by enemies in the north, south, east and west, this Lannister simply knows how to rise and shine again, thereby reminding them that she is like Phoenix, which will rise even from the ashes. Accept it, you may hate her to the core, but she deserves a giant applaud for her don’t-give-a-damn attitude.