Gold actor Mouni Roy: Television is home and I can never ever be away from it

In an exclusive chat with indianexpress.com, Gold actor Mouni Roy says she feels blessed to bag such important films in a short span of time.

Bong beauty Mouni Roy’s Bollywood career looks promising. After she was announced as the leading lady of Gold, more projects landed in her lap. The actor has Dharma Productions’ Brahmastra, Made in China opposite Rajkummar Rao and John Abraham’s RAW in her kitty. In an exclusive chat with indianexpress.com, Mouni shared how she feels blessed to bag such important films in a short span of time.

“I think it’s beautiful how it all happened. Each project is very dear to me. Gold, being my Bollywood debut, will always be really special. People keep asking why I chose it as my debut film. I would like to clarify that it chose me. It was just destined to come my way. And it became my lucky charm, for soon, other films also came my way,” shared Mouni with a smile.

Gold is based on true events about India winning its first Olympic gold medal in hockey as a free nation. Akshay Kumar plays the manager Tapan Das, who struggles to get the team together post-Independence. Amit Sadh, Kunal Kapoor, Vineet Singh and Sunny Kaushal will be seen as the key hockey players.

With an all-boys cast, we asked the Naagin actor if she enjoyed being the center of attention. Mouni said, “Oh they were complete brats, who pampered me too (laughs). I did not manage to hang around with all of them because we had different schedules but they all were really nice. I would be honest here, Amit and Sunny are my absolute favourites. I even share my birthday with Sunny. But honestly, I really felt special, in my head, being the only girl around. And with Akshay sir, it had to be a fun time. He would get all of them to play games while I just enjoyed being around.”

While she lives her Bollywood dreams, Mouni continues to be one of the most popular television stars. While she made her debut with Kyunki Saas Bhi Kabhi Bahu Thi, the Naagin series was her ticket to stardom on the small screen. With her dates blocked with back-to-back films, we asked Mouni if she would ever come back to television. She said, “I will always be open to working on television. I am a TV actor and will always be one. This new phase in my career is very exciting. As actors, we need to push ourselves and do different things. I feel blessed to have gotten such good opportunities in Bollywood. But TV is home and I can never ever be away from it.”

The 30-year-old actor will also soon make her digital debut with ALTBalaji’s Noor Jahan. Talking about the same, Mouni said, “As an actor, there shouldn’t be any barriers of a medium. You should be able to live the character regardless of where it’s screening. I am really excited about the show. That’s going to be another marathon. We will be presenting the four stages of Noor Jahan’s life. I have already started learning Urdu though’s there’s still time for it to go on floors.”

Directed by Reema Kagti, Gold will release on August 15. 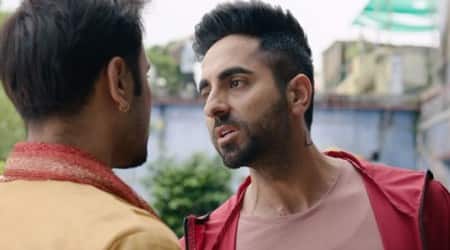