HBO's megahit fantasy drama Game of Thrones may not come this year, but the shooting is currently going on in full swing. A few pictures of actors Kit Harington and Lena Headey have surfaced online. 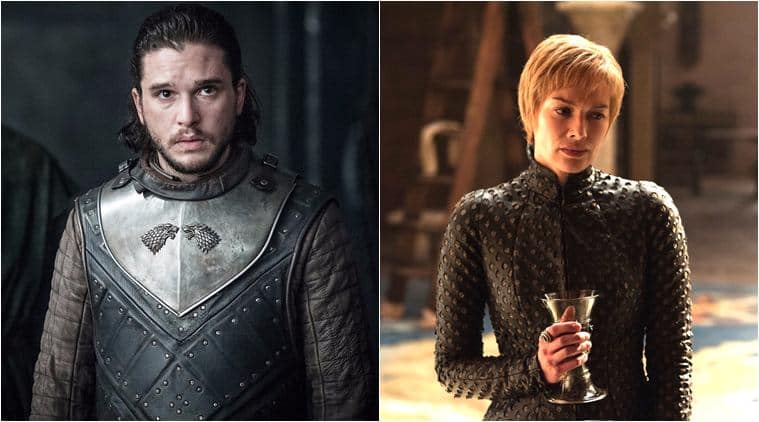 HBO’s megahit fantasy drama may not come this year, but the shooting is currently going on in full swing. A few pictures of actors Kit Harington (Jon Snow) and Lena Headey (Cersei Lannister) have appeared on social media from the show’s set in Croatia. It is well-known that the Croatian city of Dubrovnik, with some CGI modifications, serves as King’s Landing in the show. The photos posted by multitudes of Instagram and Twitter accounts show the two actors conferring with showrunners David Benioff and D. B. Weiss, and simply walking around on the sets.

We saw a scene of Jon Snow meeting Cersei Lannister in King’s Landing for the first time towards the end of the season 7 of Game of Thrones. This is undoubtedly a different scene. Does this suggest that Jon Snow, finally aware of his parentage, has come to claim the Iron Throne for himself, or maybe Daenerys Targaryen? We can only speculate, but this does not seem like a friendly meeting since Cersei, after promising Jon, Dany and others assistance in the war against the Night King and the Army of the Dead, had talked of backtracking, which was so typical of her. Is Jon in the King’s Landing to confront her for her betrayal?

Here are all the photos, and you can judge for yourself.

The season 8 of HBO’s flagship will be its last and will have six episodes. To compensate, at least some of the episodes are expected to be feature-length. The show’s ending will likely revolve around two giant, intertwined conflicts – the battle for the Iron Throne and the war against the Night King and his Army of the Dead, which have broken the Wall that had protected Seven Kingdoms for millennia. The Night King also rides Viserion, one of Dany’s dragons who was slain by him last season.

Game of Thrones will return for its final season in 2019.

Facebook, Google back US congressional vote to keep the net neutral