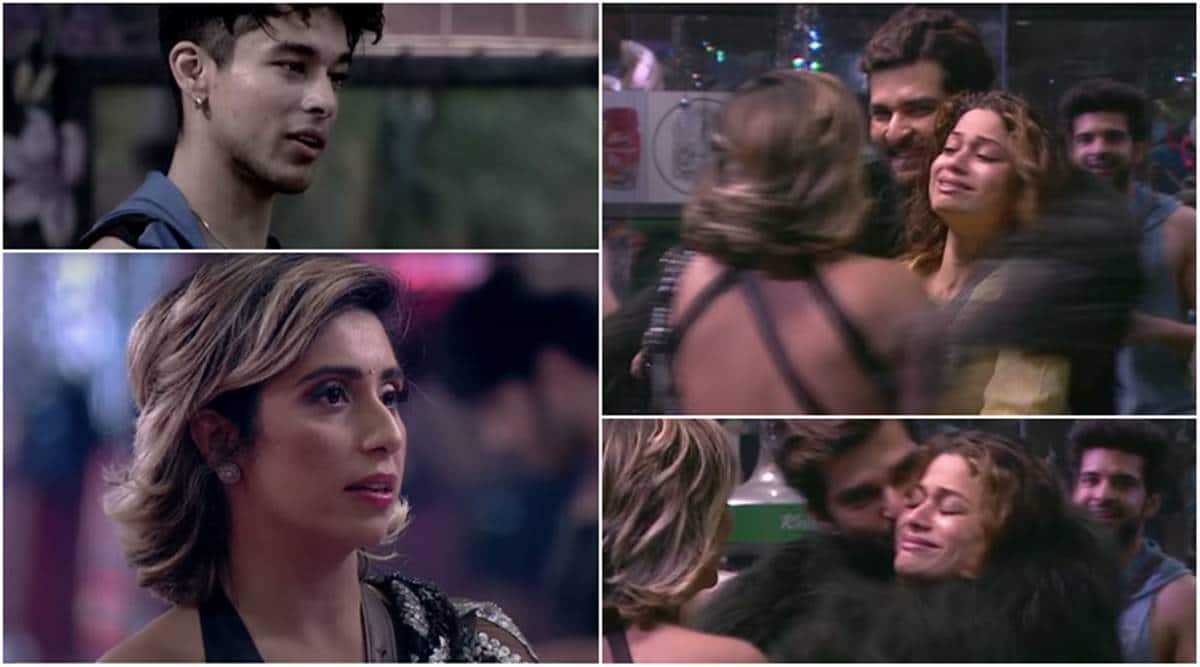 This Weekend Ka Vaar in Bigg Boss 15 is going to be a surprise for Shamita Shetty but a shocker for the rest of the house. Recently, Rajiv Adatia had entered the show as a wildcard entry. Now, Bigg Boss 15 will witness two new additions to its family. Bigg Boss OTT contestants Neha Bhasin and Raqesh Bapat will enter the reality show. In a new promo of Bigg Boss 15, we see Neha entering the BB house with swag. A super happy Shamita, who had bonded with Neha during her stint on Bigg Boss OTT, was seen breaking down as she hugged Neha. As soon as she hugged Neha, Shamita is greeted by a man dressed in a gorilla suit. Shamita turns back and finds Raqesh Bapat. Shamita and Raqesh had met in the Bigg Boss OTT house. The two admitted to having feelings for each other during their Bigg Boss OTT stay. As the promo continues, Raqesh hugs Shamita and says, “I love you.”

While Shamita and Raqesh celebrate their renuion, Neha is heard saying that Karan Kundrra seemed a bit unhappy with their entry in the house. With Neha and Raqesh’s entry, it will be interesting to see how the dynamics of the house change.

A couple of months ago, Shamita and Raqesh had gone live on Instagram and answered a few questions by their fans. ShaRa, as they are fondly called by their followers, had made it clear that while Shamita will be seen in BB15, Raqesh will not enter the show. When asked what changed his mind, Raqesh told indianexpress.com, “I wanted Shamita to play on her own, and the season is not just about ShaRa (fans’ nickname for Shamita and Raqesh). More than me, she deserves to perform in the house. I needed to wrap my head around whatever happened last time. I also had other commitments which I needed to finish. I had never watched Bigg Boss, so I even used this time as homework. Now, I feel it’s familiar territory and I feel I am more prepared.”

Raqesh also commented on his bond with the Mohabbatein actor. “Our bond was very real and organic. I think there’s just no competition. We did not do what we did for eyeballs. We just connected on a human level,” he concluded.

Meanwhile, the Weekend Ka Vaar episode will also see Ranveer Singh as the guest. Ranveer will promote his Colors show The Big Picture.