Singer Akasa Singh talks about her Bigg Boss 15 journey, bond with Pratik Sehajpal and why she regrets trying to hook Karan Kundrra and Tejasswi Prakash. 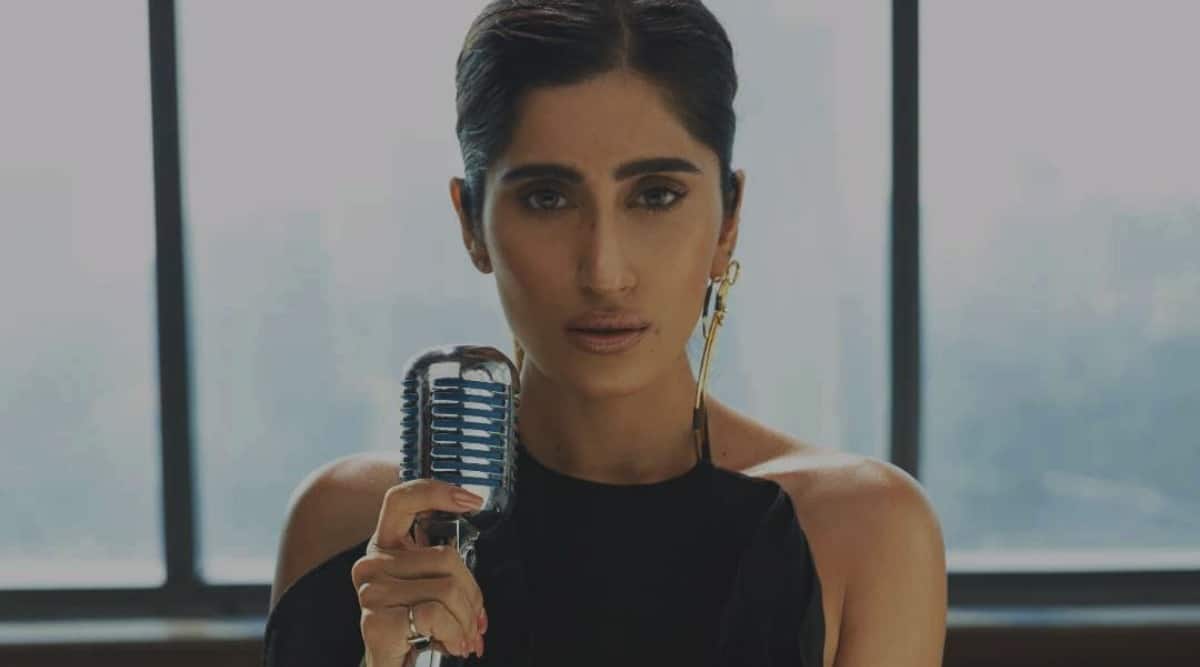 On Sunday, Akasa Singh walked out of the Bigg Boss 15 house after getting the least number of votes. The “Naagin” singer was nominated alongside Simba Nagpal and Vishal Kotian. Sharing that while she had realised she isn’t meant for a show like Bigg Boss and would eventually get evicted, she thought it was the ‘wrong time to get out’.

“I had gone into a shell and wasn’t being my bubbly self. I couldn’t play a game by hurting others. I think some people were too prepared. I think I should have done a few reality shows before coming to Bigg Boss. However, I also enjoyed myself, especially during tasks or even being a grownup cooking midnight meals for Simba. The way Pratik would sneak out food for me from the main house was also quite fun. This is why I am disappointed as Pratik and I were really getting along together,” Akasa shared in an exclusive chat with indianexpress.com.

Her equation with Pratik was one of the highlights of her journey. However, there were many who accused her of trying to copy Neha Bhasin and her friendship with him on the show. Stating that she hadn’t followed Bigg Boss OTT and had no clue about Neha and Pratik, Akasa said, “It’s so funny that people are comparing us as I did not follow the digital show. People would often tell me to be cautious of him as I don’t know what he did on OTT. However, I was always clear that I didn’t want to come on the show with preconceived notions. My friendship with Pratik was pure and genuine, and we knew we had each other’s back. May be because it was two singers, people started drawing comparisons.”

Ask her it was more than friendship between them, and the “Aithe aa” singer laughed to share, “It was just friendship. We were very fond of each other, and our bond was growing every day. There was no game or milawat in our relationship and we were genuinely sensitive towards each other.”

Akasa Singh did agree that it might have been her bond with Pratik that got her nominated, given he has become the ‘villain’ in the house. “I did become an easy target as people had issues with me supporting him. I was even warned multiple times by housemates. I am shocked and hurt that Nishant Bhat and Tejasswi Prakash nominated me. I am actually questioning a lot of things and I don’t know if it was because of my closeness with Pratik.”

Akasa Singh also played cupid between Karan Kundrra and Tejasswi Prakash. Given a section of audience feels that there bond is just for eyeballs, the singer now feels stupid to have supported them. “Just before I walked out, Karan even asked me ‘zyada hogaya kya’. I told him that yes, now take a backseat and see how things are moving. It actually started after Tejasswi asked me why Karan was not talking to her much. I was shocked, but I trust too easily and always give people the benefit of doubt. Karan is like family and even when he told me that he likes her, I was surprised. And I do regret playing cupid between them. I thought it was genuine but now that I have time to think, I am not sure. I don’t know if it’s the channel’s plan or theirs but if I realised it earlier, I would have warned Karan.”

On a final note, the singer said that she feels Pratik should win the show given he has so much shiddat towards the game. Karan comes a close second for her. And ask her who’s playing a dirty game, and she names Vishal and Miesha. “She actually does tasks in a very dirty manner. I can never understand how people go on personal levels hurting each other and then get normal in a few minutes. Given I was close to her, I could see when she faked. And it also happened with Tejasswi. I think this is why I went into a shell knowing everyone was wearing a mask around me.”

Subscriber Only Stories
View All
Scintillating sea creatures and what makes them special
Union Budget 2023: How the government calculates the math
Focus on border areas, NCC plans to raise cadet strength by 8 lakh
With access as key, an MP district brings govt home to beneficiaries
Monthly plan to access Budget
Advertisement