Bigg Boss 12: The new season of Bigg Boss will be launched by host Salman Khan in Goa. This year, the contestants will enter the house in 'jodis'.

Salman Khan is all set to host the next season of Bigg Boss.

India’s most-watched television show Bigg Boss is coming back with its 12th seaon. The premiere episode is just a few days away and there is intense speculation about who will be part of this ‘vichitra jodi’ season. Salman Khan will be back to host yet another season of the reality show and as we have seen in the previous years, Salman’s presence in the show will attract eyeballs.

Salman Khan is expected to reveal details of this year’s Bigg Boss as the makers are ready to introduce the ‘jodi’ concept.

The 12th season of Bigg Boss will premiere on September 16.

"I am a very small part of this journey. There are several other factories that come into play that make #BiggBoss12 so successful." says @Abhishek_S_Rege @BeingSalmanKhan @rajcheerfull @nadiachauhan @EndemolShineIND pic.twitter.com/9BoULRFqPH

When indianexpress.com asked Salman Khan why there was no buzz about his pay cheque this season, Raj Nayak blurted, "Because of demonitisation".

"I will work with him if we get a good script. He was kind enough to appear in Tubelight. And I will also be seen in Zero," says Salman Khan.

Talking to indianexpress.com about a vichitra jodi in Bollywood, Salman Khan said, "Sanjay Dutt and me. We hosted season 5 together. So, he is the best choice for me. Also taking you back, I will choose Shah Rukh Khan. Not many know that SRK was the original choice for Bigg Boss. But he had a shoulder injury and so it came to me. I thank him for this." 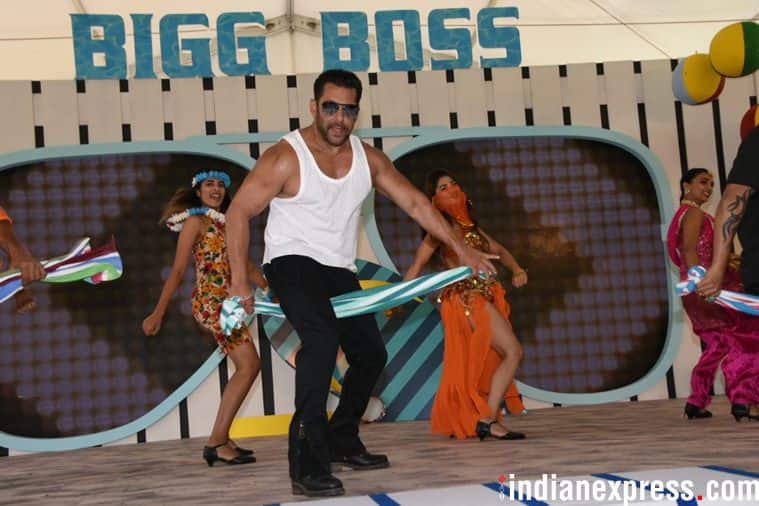 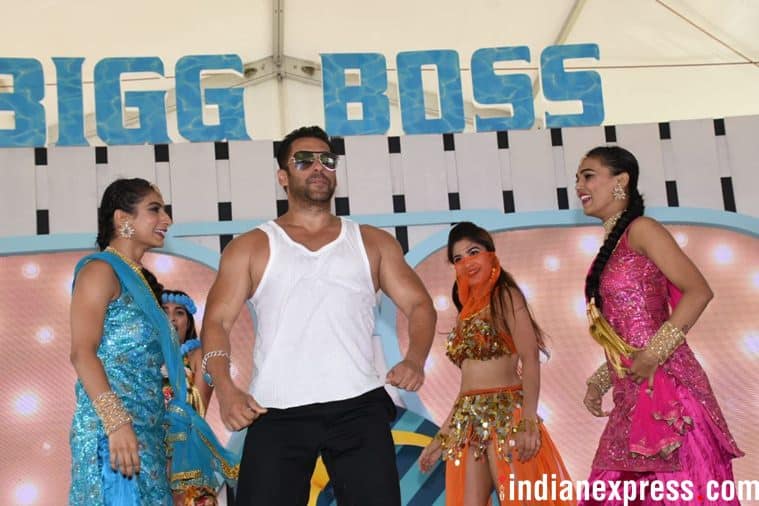 Salman on his relationship with Bigg Boss contestants

"I watch the Bigg Boss episodes twice, so I tend to build a relationship with everyone," says Bigg Boss 12 host Salman Khan.

Salman Khan on why only Bigg Boss works for him

Dus Ka Dum comes just 2 days in a week. Bigg Boss is a weeklong project. The contestants’ drama adds to the overall rating.

Bigg Boss is one of the biggest properties on television, says Salman

"Bigg Boss has been my longest association with a project. It's one of the biggest properties on television," says Bigg Boss 12 host Salman Khan.

Viacom18 COO Raj Nayak comes on stage. Salman Khan asks Raj, “Who will you take along?”. The Viacom18 honcho says, “I haven't thought about going to the house. So don't know who will be my jodi.”

“I don't want to become a tantrum queen. Harsh has a lot of work. Even if he gets eliminated, I want to win the show,” says Bharti Singh.

It's all about money for Bharti

We agreed to do Bigg Boss because of money, says Bharti Singh.

"Just like you scold people in Weekend Ka Vaar, my mother-in-law scolds me. I got married to a writer because writers' kids turn out to be like Salman Khan," says Bharti Singh.

Bharti and Harsh in Bigg Boss 12?

“Ever since I got married, Colors has taken care of the bills,” says Bharti Singh. The couple are saying that they will be on the show.

Bharti Singh and Harsh Limbachiyaa are present at the launch of Bigg Boss 12.

Salman dances with the audience

.@BeingSalmanKhan shakes a leg on stage as he launches #BiggBoss12 pic.twitter.com/OsqtiqLKRC

Salman welcomes a couple on stage

Salman Khan welcomes a couple on stage. He says, "When we say that we are friends, it means we are friends. But this couple has no chance to hide it." Salman Khan is returning as the host of Bigg Boss. He launched the show in Goa this time and revealed details about the upcoming season that has the special element of 'vichitra jodi'.

Sana FarzeenSana Farzeen is a senior copy editor at Indian Express Online and has ... read more