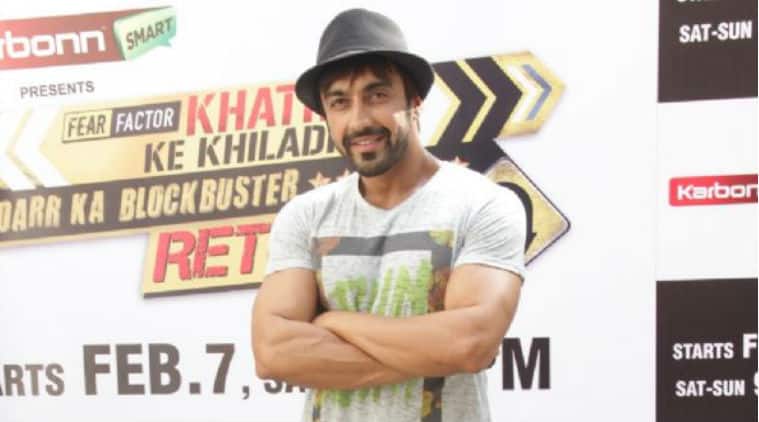 Ashish Chowdhry says that while “it’s great that I won it”, he never intended to win the show.

Actor Ashish Chowdhry has won stunt-based reality TV show ‘Khatron Ke Khiladi – Darr Ka Blockbuster Returns’, which tested the physical and mental strength of 14 celebrities over a ten-week long journey across scenic locations of Cape Town in South Africa. He says his twin daughters turned out to be lucky for his “clean win”.

The 36-year-old decided to go on the adventurous journey at a time when his twin daughters – Salara and Sammah – were just 15 days old.

“I’ve always loved having children. I think the girls have been lucky for me as I left them when they were 15 days old and I think it was their luck which worked as a magic for me,” Ashish, who takes care of five children, told IANS.

He has a son named Agasthya, and along with his wife, Ashish also looks after his deceased sister’s children Kanishk and Ananya.

The “Dhamaal” actor says “fatherhood always makes you more responsible”. “I’m happy that I settled down young and then I became a young father. I enjoy the fact that it makes me a more responsible and hardworking human being because when you are single you can always takes on things easy. It can only do you good when you have a family like mine,” he added.

As for is reward in the adventure reality show, Ashish walked away with a “Khatron Ke Khiladi” trophy, a cash prize of Rs.25 lakh and a Mahindra Scorpio car.

He was competing against actors Iqbal Khan and Sagarika Ghatge and multi-faceted Meiyang Chang in the finale. But the fact that he never got into an elimination stunt, made Ashish stand out as a “clear” winner. “I was the first contestant ever to have not gone into an elimination stunt throughout. So, I was lucky there and almost everybody was astonished by this fact. This makes it a clean win for me,” he said.

Ashish looks back at the show as a fruitful learning experience. “You really have to prepare yourself mentally to stand in a show like this because they make you go through many medical tests before you sign it. It’s special for someone like me as I’ve faced big problems in my life, but still I found out the way to enjoy it, so my dream is fulfilled with ‘Khatron Ke Khiladi’,” said the actor, who once faced a financial crisis.

He says that while “it’s great that I won it”, he never intended to win it. “I was only trying to enjoy performing all the stunts and making the most from my time over there. I had the best experience of my life in ‘Khatron Ke Khiladi’,” he added.

The grand finale of the Colors’ show began with a touch of Rohit Shetty’s style, where the four finalists were asked to blast a car in a stunt named after the “Chennai Express” director.

Ashish and Chang were announced as the winner of the first stunt and went on to compete in the final stunt, titled “The Final Blast”, where Ashish was declared as the winner.

The entertainment quotient in finale episode was added by some power-packed performances by all the contestants on various Bollywood tracks; and some humour was injected by comedian Bharti Singh.

Bharti arrived on the finale to promote forthcoming reality show “India’s Got Talent”, which she will host along with actor Nakuul Mehta.

Huma Qureshi in mood for charity