Archana Puran Singh responds to memes after Navjot Singh Sidhu’s defeat: ‘This is at my expense more than Sidhu’s’

Soon after Sidhu's defeat, the Twitteratti joked that Archana Puran Singh’s job in The Kapil Sharma is in crisis and she is the saddest person over Navjot Singh Sidhu's defeat. 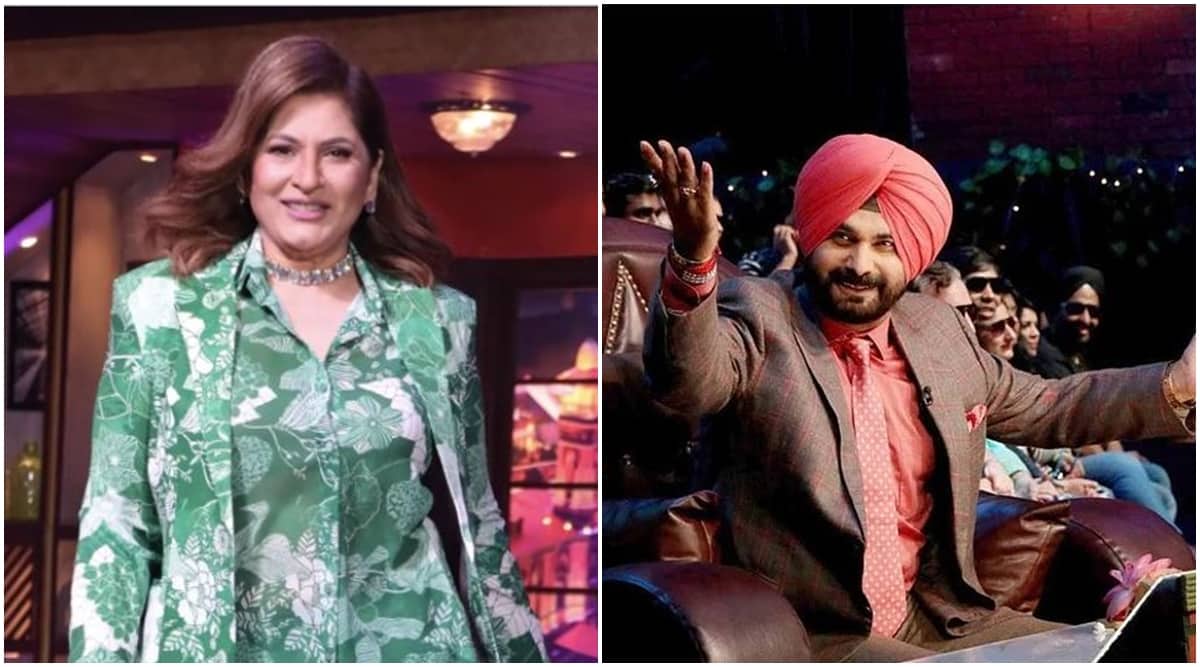 Actor and TV personality Archana Puran Singh, best known for playing the role of Miss Braganza in the film Kuch Kuch Hota Hai, is now seen as the permanent guest on The Kapil Sharma Show. She had famously stepped in when the show’s former guest, Navjot Singh Sidhu, bowed out in 2019.

Earlier this week, Archana started trending after the politician’s defeat in the recently concluded Assembly elections in Punjab.Social media sites were flooded by memes and jokes about how her Sidhu may return to claim his seat on Kapil’s show. She has now responded to memes about Navjot Singh Sidhu.

Soon after Sidhu’s defeat, the Twitteratti joked that Archana’s job in The Kapil Sharma is in crisis and she is the saddest person over the cricketer-turned politician’s defeat. This has also been a running gag on the show, with the sketch comedy’s characters taking pot-shots at Archana for ‘dethroning Sidhu’.

Responding to the jokes and memes, Archana said (as per the Times of India), “I retweeted the funny and hilarious memes on Navjot Singh Sidhu. I really loved all the jokes like the second time he has lost a seat, first time he lost to Archana Puran Singh. I like all kinds of humour. This is at my expense more than Sidhu’s. There was another ‘Archana ji, aap ki Kursi khatre mein hain’ (Archana, your chair is in danger). I take all these jokes with a pinch of salt.”

Sidhu, a Congress leader, lost to AAP leader Jeevanjot Kaur by 5129 votes in what has been termed a huge upset. Archana had replaced Sidhu in 2019 after the latter’s comments on Pulwama terror attack that evoked controversy. Sidhu had said that nations cannot be held responsible “for the dastardly acts of terrorists” in the context of Pulwama attack, and that terrorists have no religion.

Archana added that if the jokes turn out to be true and she really were to lose her seat on the show to Sidhu she won’t care. “It could very well be that he could come back on the seat. That’s great for him. I always move on. I’ve done Comedy Circus for so many years. If this doesn’t happen something else will. We are professionals and artists, we have to do something or the other. I’ve worked with Kapil for 10 years now and it has been a great ride,” said Archana Puran Singh.