Just like the Indian Idol viewers who complained about the Kishore Kumar tribute episode, the singer's son Amit Kumar said he didn't enjoy the show and wanted to stop it midway. 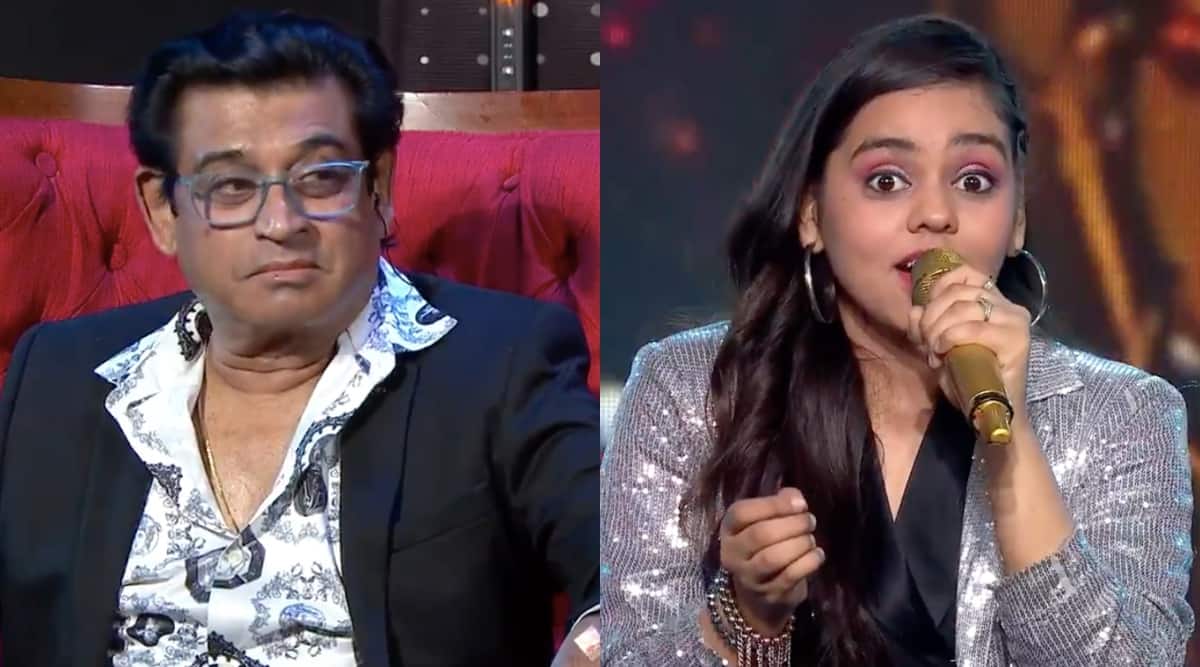 Amit Kumar said he was asked to praise all the contestants of Indian Idol 12. (Photo: Sony TV/Twitter)

In last week’s episode of Sony TV’s singing reality show, Indian Idol 12, the contestants and the judges paid tribute to the legendary singer and actor Kishore Kumar. They sang 100 songs of the singer over the two episodes, and the makers also invited his son and singer-composer Amit Kumar as a special guest. However, the viewers got upset with the quality of the episode. Many complained that the contestants and the judges of the show, Neha Kakkar, Himesh Reshammiya and Anu Malik, ruined Kishore Kumar’s songs. Indian Idol’s host Aditya Narayan has now responded to Amit Kumar’s comments, saying it is hard to maintain the quality in such ‘trying circumstances’.

The son of the legendary singer Amit Kumar agreed with the netizens and said he also wanted to stop the episodes midway. Like the viewers, he too didn’t enjoy how the creators of the show decided to pay tribute to his father.

In a recent interview with The Times of India, Kumar was asked about his views about the episode and he replied, “Frankly, I wanted to stop the episode,” adding that he was asked to praise every contestant irrespective of how they perform. “I did what I was told. I was told sabko praise kamana hai. I was told jo jaisa bhi gaaye usko uplift karna hai because it’s a tribute to Kishore da. I thought it will be a homage to my father. But once there, I just followed what I was asked to do. I had told them to give me portions of the script in advance, but nothing of that sort happened,” Kumar said.

Responding to his comments, host Aditya Narayan told Spotboye, “With all due respect to Amitji, it is never easy to honour the legacy of a legend in an hour or two. But we always try our level best to put on a great show especially given the circumstances. Due to the pandemic we were shooting in Daman with a limited team and crew, limited rehearsals, different set etc. Still week after week we are putting out fresh episodes where most other channels are playing re-runs of their content.”

On Monday, a Twitter user shared he felt Anu Malik and Neha Kakkar sang Kishore Kumar’s awfully. He tweeted, “#IndianIdol2021 #indianidol #SonyLIV please spare Kishore Kumar’s songs.. this is a worst singing I’ve ever witnessed of Kishore’s songs.. all my favorite songs are screwed by @iAmNehaKakkar @The_AnuMalik and all participants.” Another user wrote, “Neha Kakkar do whatever you want to do with your songs. please don’t even think to spoil Kishore Kumar Sir’s songs #IndianIdol #100SongsOfKishoreKumar.”

Check out how the viewers expressed their disappointment at the latest episodes of Indian Idol 12:

Sorry to say, but Himesh is murdering the legendary Kishor Kumar songs on #indianidol. The contestants are so much better.

When asked about Kakkar and Reshammiya’s poor singing, Amit Kumar responded by saying, “I didn’t enjoy the episode at all.”

Hosted by singer-actor Aditya Narayan, Indian Idol 12 is being shot in Daman since shooting is not permitted in Mumbai. Besides Kakkar and Reshammiya, Vishal Dadlani judges the show but has been replaced by Malik until the team returns to Mumbai.