Akshay Kumar and Bear Grylls had a fun chat on Instagram where they spoke about the time they shot together for an episode of Into the Wild. 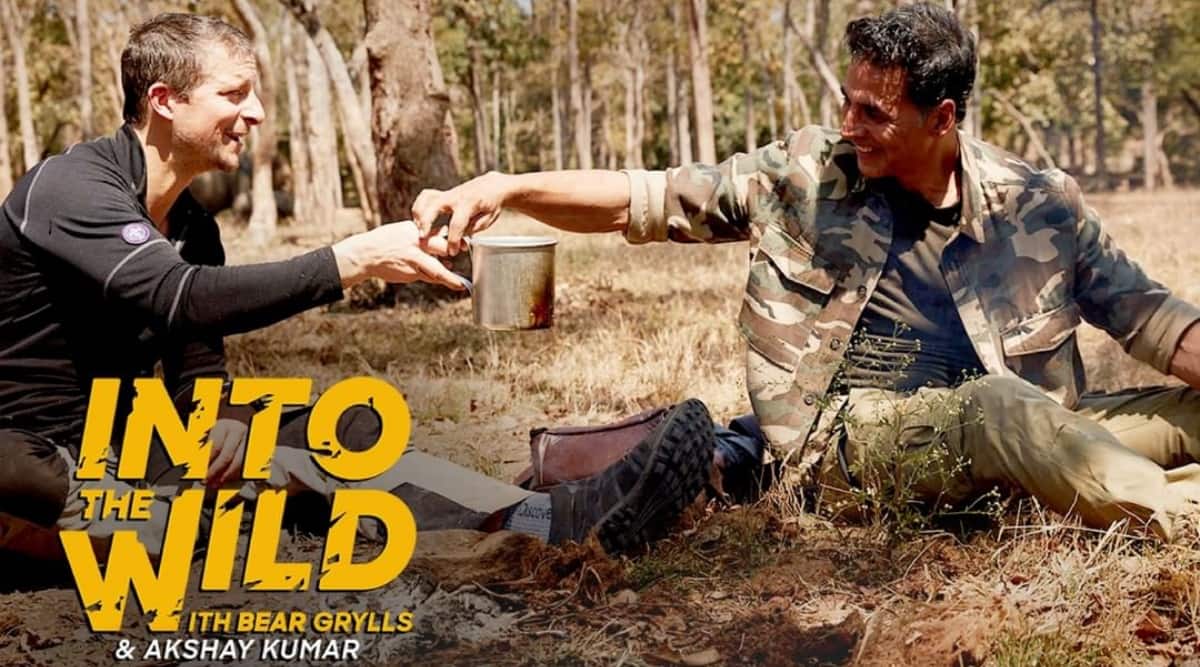 Akshay Kumar with Bear Grylls on Into the Wild. (Photo: Discovery Plus India/Instagram)

Bear Grylls recently joined Akshay Kumar and his Bell Bottom co-star Huma Qureshi for an Instagram Live session. During the chat, Akshay and Bear spoke about shooting for the Into the Wild special episode at Bandipur National Park and Tiger Reserve, surviving in the wild and if they plan to work together again.

Huma asked them about the “elephant poo tea” that they were seen drinking in the show’s promo. Akshay revealed that it really wasn’t a big deal for him as he drinks cow urine every day for Ayurvedic reasons.

Bear Grylls acknowledged that even though he did not know Akshay Kumar personally, he instantly knew that he was a “fun guy with no ego”. He also mentioned Akshay’s “humility” and how it came across in his demeanour. Bear was quite impressed with Akshay’s fitness and said, “Out of all the guests we have had over the years, he is definitely Tier-1.”

When asked if he was worried about surviving in the wild, Akshay said that with Bear, he knew he was in good hands. “I wasn’t worried. I was too excited to be worried,” the Bell Bottom actor said. Bear mentioned that he enjoyed this journey with Khiladi Kumar as he likes to try new adventurous things. The Into The Wild host added that the best part about doing such shows is that people can see their favourite celebrities in a “normal human way, without the gloss.” Huma Qureshi then asked the two if they plan on working again to which Bear said, “Will be great to do something else with him. Maybe another show.”

The special episode of Into the Wild with Bear Grylls featuring Akshay Kumar will premiere on September 11 at 8 pm on the streaming service Discovery Plus. It will be available on the Discovery channel on September 14 at 8 pm.