The Good Place tackles serious topics like life after death, mortality, morality, ethics, difference between good and evil in a ridiculously entertaining and non-preachy way. 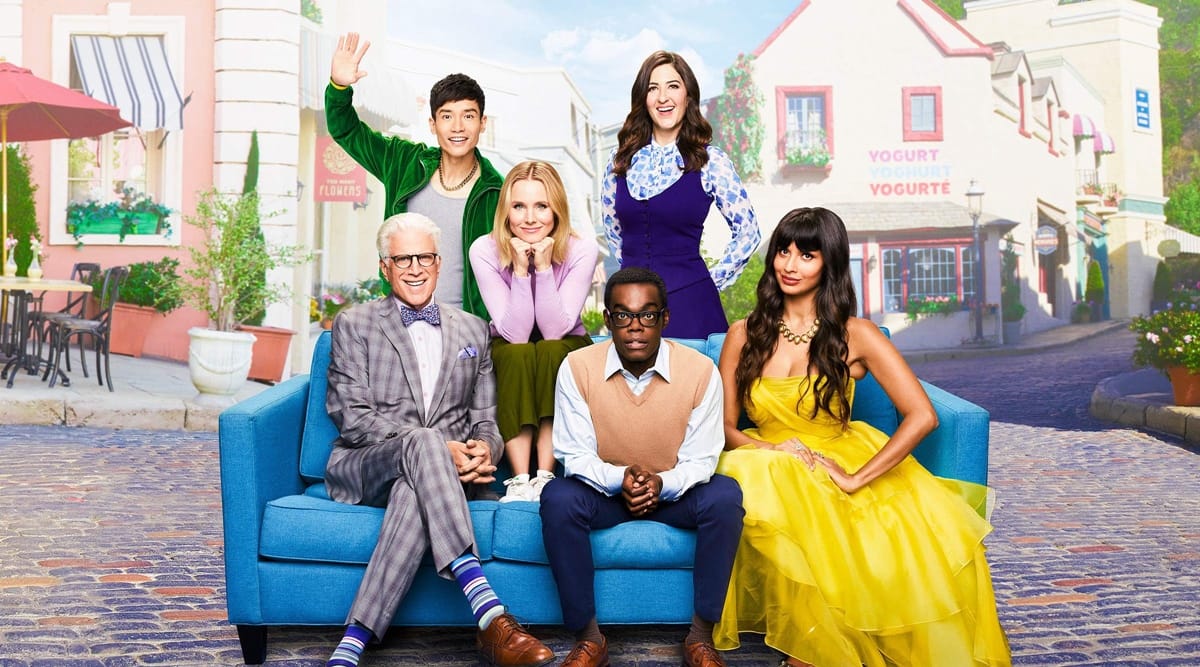 NBC's The Good Place is one of the best comedy TV series ever. (Photo: NBC)

Michael Schur’s The Good Place is a comedy TV series with more to say about stuff that matters than your usual sitcom. It tackles serious topics like life after death, mortality, morality, ethics, difference between good and evil in a ridiculously entertaining and non-preachy way.

The Good Place centres on a woman, the foul-mouthed Eleanor Shellstrop (Kristen Bell), who finds herself in the titular The Good Place in her afterlife. This is where good people go after they die. Oh, but it is only she who knows that she may not be so, um, good after all.

To stay in the place, which is a community of scores of good people who did good deeds to spend eternity in this heaven, she hides her true identity, which is that of a selfish, uncaring and rude loner.

Through its four seasons, The Good Place throws up some genuine surprises, most of which I did not at all see coming. The major characters are so well-written and engaging that by the end, when I bid goodbye to the series, I knew them as well as my close friends. There is also lots and lots of character development and the fairly robust number of major characters are juggled well by the writers. It is like taking a glimpse into the lives (or afterlives?) of a bunch of fascinating real-life people.

It helps that each one of the cast members, including those who appear for only a couple of episodes, gives a superlative performance. Ted Danson, Kristen Bell and William Jackson Harper, especially, are powerhouse performers that really make you believe in their characters. Danson, particularly, seems like somebody who was born for the role of The Good Place’s architect Michael.

The show blends comedy and philosophy so well that you will often find it hard to know whether to laugh or think hard about a repartee. Also, The Good Place knows that just saying complicated things is not funny (à la The Big Bang Theory), and there actually should be something funny about a joke. Otherwise, it would not be a joke.

The Good Place is also optimistic despite some of the existential and grim topics it explores, and teaches you to be a good person (again, not specifically saying to be one). Michael says at one point, “I had a friend that said whenever she was doing something bad, she’d hear this little voice in her head… Distant little voice, saying, ‘Oh, come on now. You know this is wrong.’ And then when she started doing good things, that voice went away. It was a relief.”

The Good Place should get the Emmy for Outstanding Comedy Series.

In six years, PM Modi has transformed the narrative within India, and outside it