Suriya: We don’t need to work in Bollywood to prove ourselves

Suriya on Tuesday attended a press meet in Kochi as part of the promotions of his upcoming Tamil movie Etharkkum Thunindhavan. 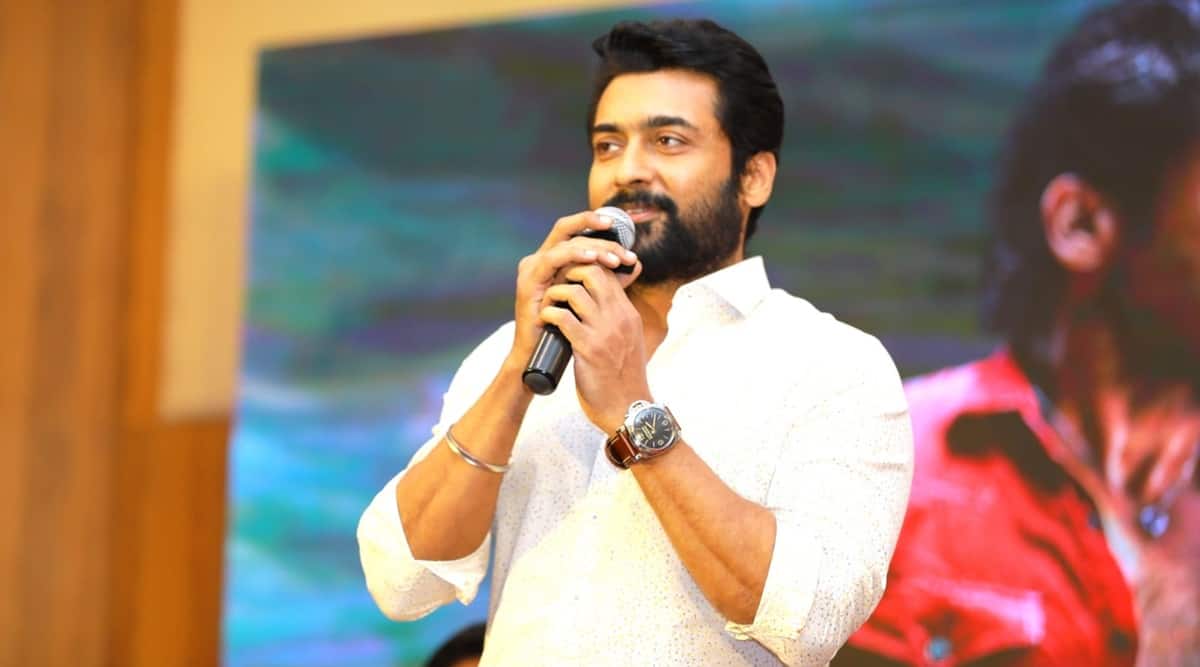 Suriya will be seen next in Vikram. (Photo: Nithin/Indian Express Malayalam)

Actor Suriya on Tuesday said that south Indian actors like him don’t necessarily need to work in Bollywood to prove themselves. The actor attended a press meet in Kochi as part of the promotions of his upcoming movie Etharkkum Thunindhavan.

“We will make them (Bollywood) talk about us by the work we are doing here,” said Suriya when asked if he desires to work in Bollywood. “Of course, it’s a bigger industry and a bigger platform. If I get a chance, I’ll work in Bollywood. But I don’t think we need to go there to prove ourselves,” he added.

During the press meet, Suriya wished women around the world on Women’s Day and said it is their sacrifice and unconditional love that makes the world a better place. “The sacrifice and unconditional love of women makes the world better and we owe them a lot. We need to learn a lot from women. They make us better,” the actor said. “If a guest comes home, we naturally ask our daughter to serve them and not our sons. Why does that happen? The change should start from ourselves and from home,” he added. He also said women like former Kerala Health Minister of Kerala K K Shailaja and current Trivandrum Mayor Arya Rajendran are inspirational. He recalled the instance when Shailaja teacher called him to share her thoughts on his acclaimed movie Jai Bhim. “A person like Shailaja teacher, who I respect a lot, calls me personally to talk about my film. It means a lot.”

When asked if he will star in a Malayalam movie, Suriya replied , “I still can’t break the language barrier but I would like to do at least one movie in Malayalam.” Suriya said he is waiting to watch Bheeshmaparvam and would call Amal Neerad to make a project with him.

During the press meet of Etharkkum Thunindhavan, Suriya also talked about sharing screen space with wife, actor Jyotika. The actor said he and Jyotika are willing to act together again only if a script happens organically and the writer or director visualises them as part of that story. The duo last shared screen space in 2006 film Sillunu Oru Kaadhal.

Explained: Raising the age of consent in the Philippines