Vendhu Thanindhathu Kaadu review: Gautham Menon-Simbu film is done in by half measures 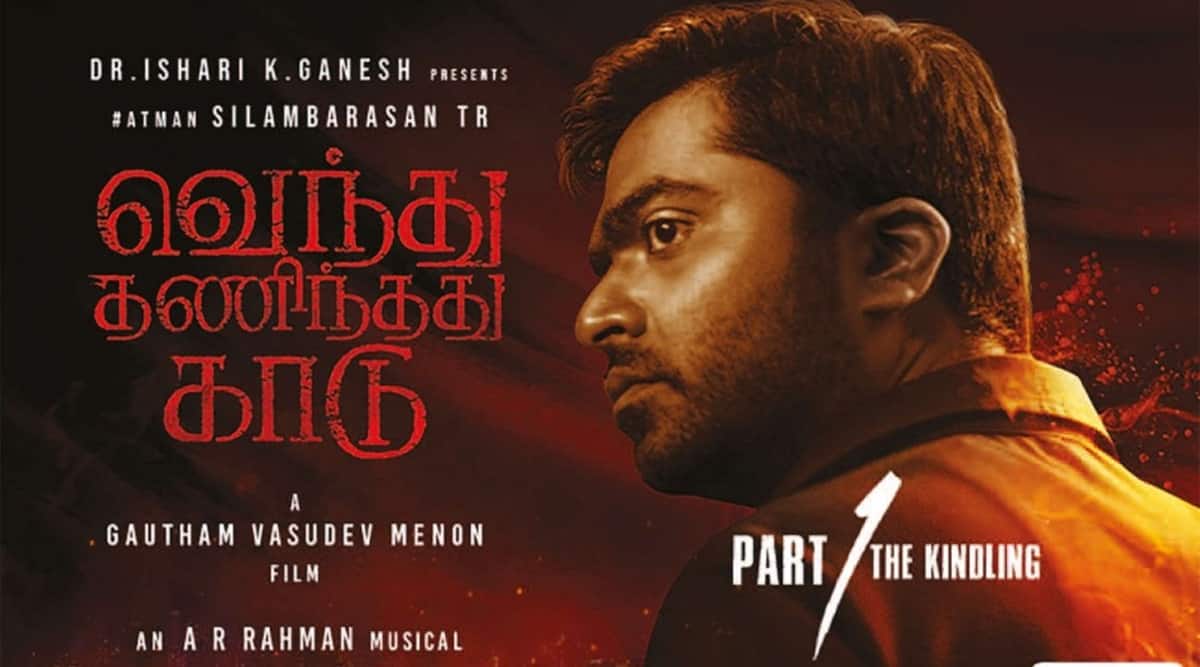 Kaala and Kabali opened to debates about whether they were Rajinikanth’s or Pa Ranjith’s movies. Many found the films to be neither there nor here. Vendhu Thanindhathu Kaadu suffers from a similar problem. However, here the debate is not whether it’s director Gautham Menon’s film or star Silambarasan’s movie. The confusion is whether it belongs to Gautham or the film’s writer Jeyamohan. It is a far better problem to have because finally here’s a mainstream Tamil movie featuring a star that trusts its writer. Had the trust lasted till the very end of the film, Vendhu Thanindhathu Kaadu would have become an incredible gangster origin story. Unfortunately, what kicks off as a slice-of-life drama about a directionless ‘protagonist’ ends becoming a generic and hurried gangster drama about a ‘hero’.

There’s a lot in Vendhu Thanindhathu Kaadu that sets it apart from typical gangster films like its story or, should I say, the lack of it. That doesn’t mean it is as wayward as Gautham’s previous ventures like Enai Noki Paayum Thota and Achcham Yenbadhu Madamaiyada. There’s a familiar story here about a guy named Muthu from a small village in South Tamil Nadu who goes on to become a gangster in Mumbai, but it is not told in a familiar structure Tamil mainstream is used to. The hero takes the backseat here, while the screenplay and the writer take the wheel.

When we meet Muthu (Silmabarasan at his best), he is shirtless and toiling on his firewood farm under the scorching sun. The village’s postman makes small talk with Muthu. Before leaving, he lights up his beedi and assures Muthu that his dead father will show him ‘a way’ from above. Minutes later, the whole farm is on fire. With his only livelihood destroyed, Muthu and his mom decide to seek the help of a relative who works in a hotel in Mumbai. A ‘way’ is born. You see, like many mainstream films, there’s fire involved in the introduction scene of the hero, but it’s not in the way we are used to.

The best thing about Vendhu Thanindhathu Kaadu is the characterisation of Muthu. There’s something heroic about Muthu’s journey, but there’s no heroism. He is realistic but there is something mystical about him. His mother wants him out of the village because a fortune teller has said that he will draw blood if he stays in the village. The dialogues also get biblical. When Muthu decides to embark on his journey to Mumbai, his mom says, “Thikathavangalukku saami thunai irukum (to the directionless person, God will be of support). Muthu retorts, “Saami illana pei (it’s God or else the devil). That one line sounded more heroic than the numerous raging background scores. Maybe that’s why we have a restrained AR Rahman here, who lets the silence and dialogue do the job at many places.

Unfortunately, all the great things about Vendhu Thanindhathu Kaadu lose their charm as the film inches toward the end. It feels like the movie was written by two minds. The film feels different when it is just about Muthu, and the moment Siddhi Idnani enters as his love interest Paavai, we are in a different film altogether. To be precise, it’s the ‘GVM-Simbu’ zone, which is incongruous with the realistic and grounded tone of the rest of the film. It’s glaring and undercuts the movie’s lifelike nature. Even if one is ready to overlook such tonal inconsistencies, the end of Vendhu Thanindhathu Kaadu is appallingly disjointed. To be honest, the film did have a great ending, but someone seems to have had a change of heart and wanted to milk more out of the movie to keep up with the current trend of ‘universe’ building and sequels. That has only resulted in a confounding climax that leaves all the great achievements of Vendhu Thanindhathu Kaadu undone. A pity.