The passing away of the legendary singer SP Balasubrahmanyam has left his fans saddened. His funeral is being held at a farmhouse in Thamaraipakkam village of Thiruvallore district.

Singer-actor SP Balasubrahmanyam succumbed to coronavirus on Friday. The 74-year-old actor was admitted to MGM Healthcare in Chennai in the first week of August after testing positive for coronavirus.

SPB’s son SP Charan told reporters at MGM Healthcare, “SPB belongs to everyone. He will live on in his songs. My dad passed away at 1.04 pm.”

A statement from the hospital read, “Thiru S P Balasubrahmanyam had been admitted at MGM Healthcare on August 5th and commenced on life support measures since August 14th for severe COVID-19 pneumonia. He continued to be closely monitored by our multidisciplinary team in the critical care unit. He tested negative for COVID-19 on September 4th. In a further setback this morning, despite maximal life support measures and the best efforts of the clinical team, his condition deteriorated further and he suffered a cardio-respiratory arrest. With profound grief, we regret to inform that he has passed away on September 25th at 13:04 Hours. We express our heartfelt condolences to his family, friends, well-wishers and admirers at their loss during this time of anguish and sorrow.”

The passing away of the legendary singer has left his fans saddened. Many celebrities are paying their tribute to him on social media.

Read | SPB: A voice that nurtured millions of hearts | Films in which SPB delivered as an actor | SPB: A pictorial tribute

Chief Minister of Andhra Pradesh YS Jagan Mohan Reddy expressed his condolences to SPB’s family. In a statement, the CM said, “Sripathi Panditaradhyula Balasubrahmanyam, popularly known as SPB, has been the refreshing notation of film music spanning over five decades, enthralling the connoisseurs and common people alike through his multifaceted talent.”

Live Blog
Kangana on SP Balasubrahmanyam: 90's kids will never get over this legend

Kangana Ranaut shared on Twitter, "#SPBalasubrahmanyam 90’s kids will never get over this legend. His voice seems such an inseparable part of our growing up years. You will remain in us as a part of us."

Salute #Ilaiyaraaja sir for the meaning of your words which gives life back a fresh life for #SPBalasubrahmanyam sir. pic.twitter.com/CTuXY4gLts

Ilaiyaraaja has composed a song for late singer SP Balasubrahmanyam. The song was shared by Jagapati Babu on Twitter. 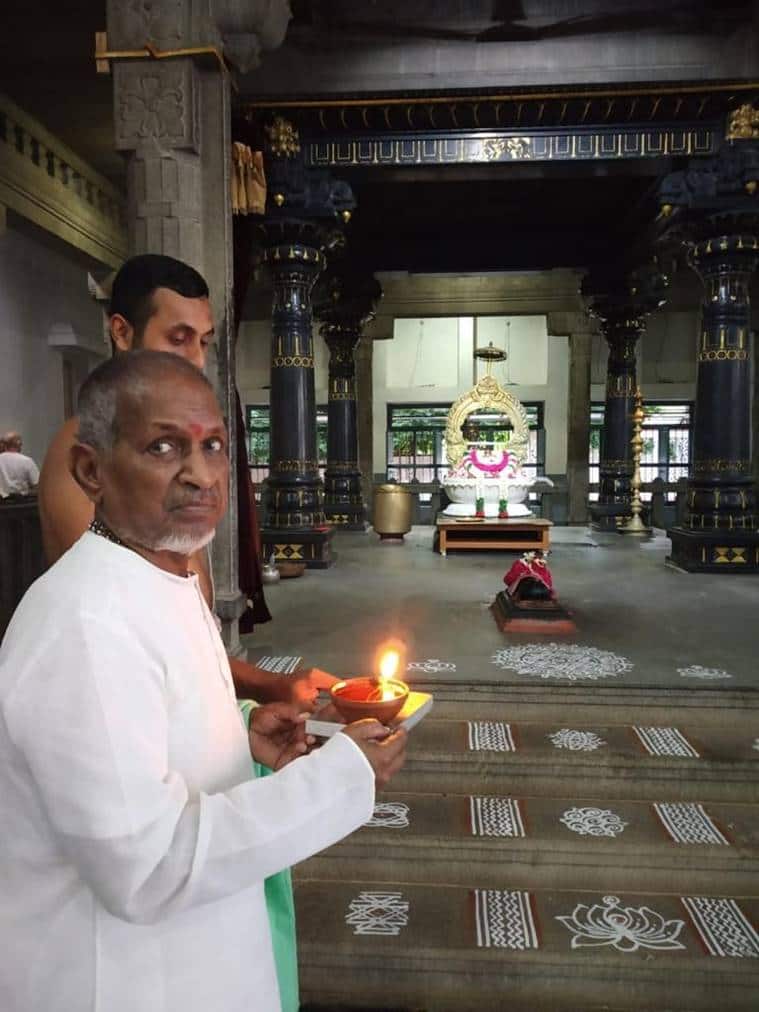 Ghibran: An era has come to an end

Ghibran tweeted, "We'll deeply miss you #SPBalasubramaniam sir. My deepest condolences and prayers. An era has come to an end today yet SPB sirs voice will remain within us forever. May his soul rest in peace."

I'm one of those mad fans of this song which nurtured my love for music. Ppl close to me know how I used to practise this breathless song for a competition in my 10th standard in Gautami School, Jammikunta. (..contd)https://t.co/I05fQEsDYe

Filmmaker Sampath Nandi shared how in 10th standard he won a singing competition because of SP Balasubrahmanyam's song.

'He loved music and music loved him back'

Ravi Shastri wrote on Twitter, "The nightmare continues - so very sad to hear about the passing away of #SPBalasubramanyam. My thoughts and prayers are with his family and fans. He loved music and music loved him back. Om Shanti"

Anil Kapoor on SPB: Still can't get over that he is no more

#SPBalasubramanyam’s magical voice made so many careers of leading men and I am one of them... still can’t get over that he’s no more but his songs will live on forever... a tribute to the magic of #SPBalasubramanyam and Illiaraja... https://t.co/1mUYBsrnCf

Sharing a video, Anil Kapoor wrote, "#SPBalasubramanyam’s magical voice made so many careers of leading men and I am one of them... still can’t get over that he’s no more but his songs will live on forever... a tribute to the magic of #SPBalasubramanyam and Illiaraja..."

I thank our H’ble CM @CMOTamilNadu for giving the respectability that #SPB Sir rightly deserved. Bidding him a final goodbye with State Honours is the right way to show how much he is respected and loved. Thank you once again 🙏🏻🙏🏻🙏🏻🙏🏻🙏🏻🙏🏻

Remember SPB through his evergreen songs

SPB sang a staggering 40,000 songs in his career in 16 languages. Safe to say, he was an incredibly versatile artiste. Here is a playlist of some of his best songs. PLAYLIST: Evergreen SP Balasubrahmanyam songs

AR Rahman: SP Balasubrahmanyam is part of our culture, victories, devotion and love

AR Rahman shared a moving video on Saturday, remembering the legendary late singer SP Balasubrahmanyam. In the video, Rahman revisited some of his fondest memories with the singer, who sang over forty-one thousand songs in his career.

SP Balasubrahmanyam was laid to rest at his farm house near Chennai on Saturday with a 24-gun salute by Tamil Nadu police.

"One of the most versatile & mellifluous voices"

Sadhguru tweeted, "#SPB – one of the most versatile & mellifluous voices that brought joy to millions. A much celebrated prolific artist, he endeared himself as much for his art as his humility & affability. Our condolences to his family, friends & his legion of fans. –Sg."

Nagarjuna Akkineni paid his last respects to legendary singer SP Balasubrahmanyam. In a video, the Bigg Boss Telugu 4 host said, “We no longer have the blessing to be able to hear his voice but I am sure the celestial beings are enjoying his music. Keep him safe dear Lord, keep our Balu safe.” The video features SPB’s photos with his songs playing in the backdrop while Nagarjuna pays his tribute."

Till now i thought govt has asked celebrities not to come & pay last respects to SPB sir bcoz of Corona. After seeing vijay sir now I believe it's their Independent decision. Huge Respect to Thalapathy & everyone who gave perfect homage. 🙏🙏#RIPSPBSir💔 #RIPSPBalaSubramanyam pic.twitter.com/lWNBriSoXQ

SPB has been laid to rest

SP Balasubrahmanyam has been laid to rest. It was a befitting send-off to the legendary singer.

SPB had an illustrious career in showbiz. He won six National Film Awards and 25 Nandi Awards. The Government of India honoured the singer-actor with the Padma Shri in 2001 and the Padma Bhushan in 2011. Besides holding a Guinness World record for singing over 40,000 songs, the music maestro acted in many films. His major movies include Keladi Kanmani (1990), Thiruda Thiruda (1993), Kadhalan (1994), Ullaasam (1996) and others.