Shruti Haasan shared a bunch of her pictures on Instagram in an attempt to break social media's obsession with perfect pictures. 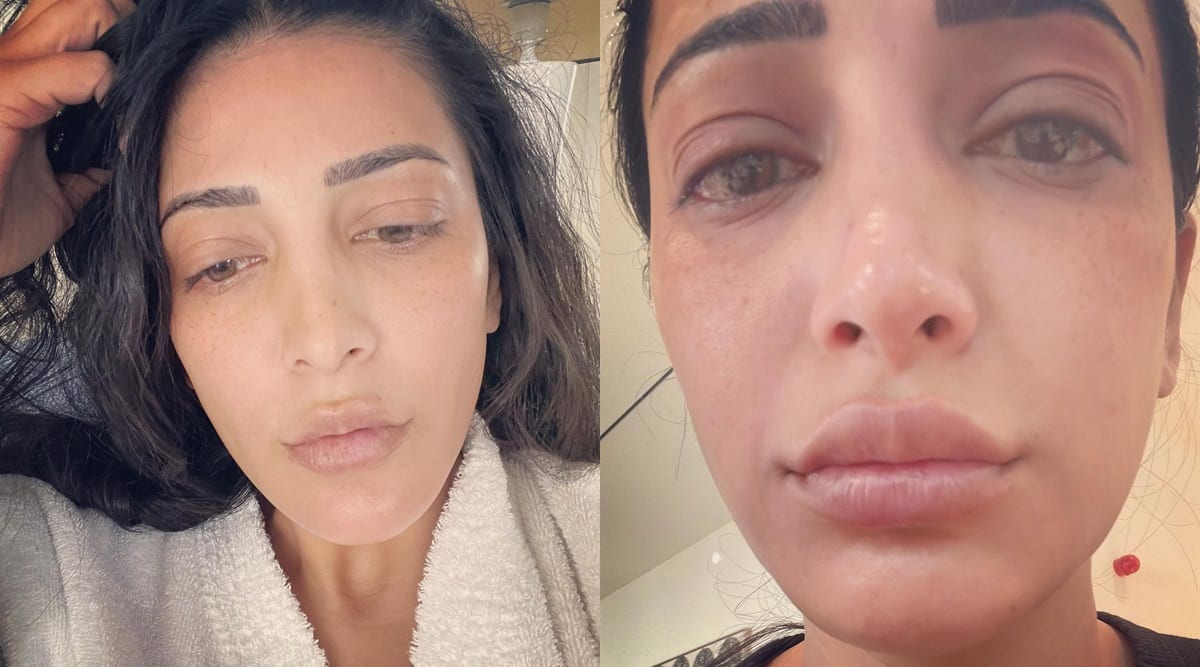 In the age of glossy photoshoots and uber-cool airport looks, Shruti Haasan has shared a set of pictures on Instagram that don’t usually make it to social media. Sharing the photos, in which Shruti looks tired and ill, the actor wrote, “Hope you enjoy these too.”

Her caption further read, “In a world of perfect selfies and posts – here are the ones that didn’t make it to the Final Cut – bad hair day / fever and sinus swollen day / period cramp day and the rest (sic).”

Here are the pictures:

The post is winning the internet with fans praising Shruti Haasan for her boldness. Praising the actress, a user wrote, “Your posts are similar to Billie Eilish.”

Shruti is known for her bold take on things. She is one of the few celebrities who has been vocal about cosmetic surgeries. Admitting that she has undergone facial surgery, Shruti recently said, “I did get my nose fixed and it was very obvious I got my nose fixed. My nose was broken and quite different from before and I did my first film with my old nose. And people are like she’s just using the deviated septum excuse. No, I did have a deviated septum, it hurt. But if I could make it prettier, it’s my face, why wouldn’t I? It was that simple.”

She added, “I don’t feel the need to justify why I want to look a certain way for myself. They said, ‘Did you get fillers?’ Yeah. I did. ‘And tomorrow, would you get a face lift?’ Maybe, maybe not. who knows? It’s my body and those who want to do whatever they want to or don’t want to, I don’t condone it.”