Kamal Haasan had once revealed how Sivaji Ganesan was capable of effortlessly switching the range of his performances between two extremes. 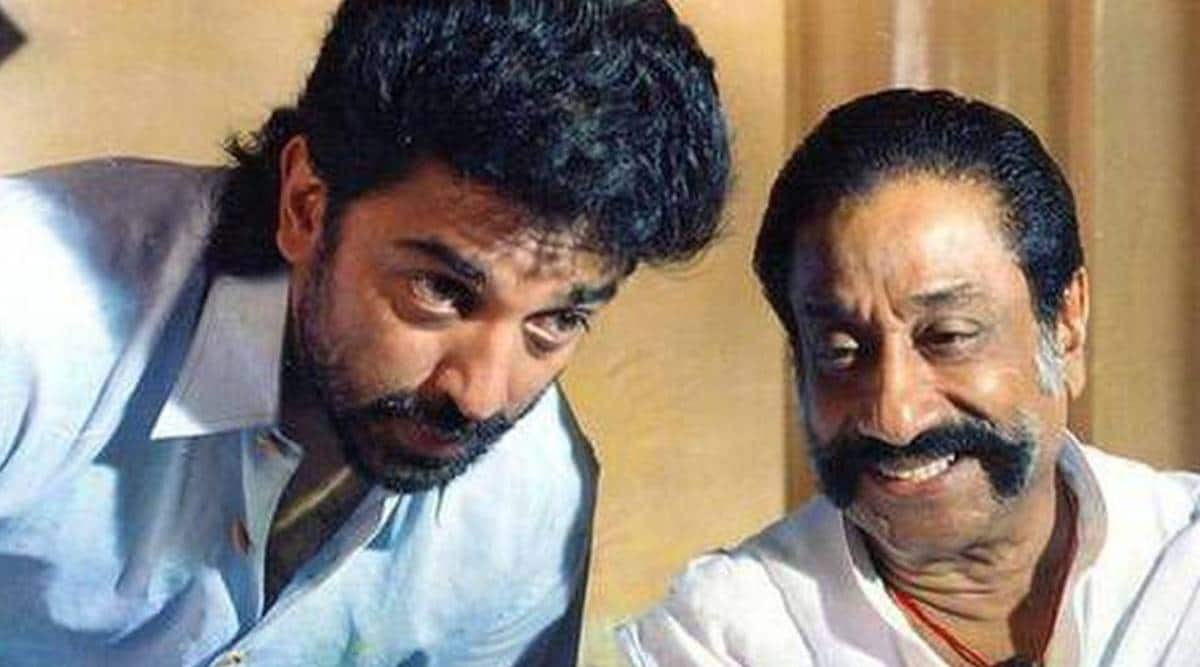 A still from Thevar Magan.

On Sivaji Ganesan’s 93rd birth anniversary, Google honoured the thespian with a doodle. “Here is the #Googledoodle honouring the Legend #SivajiGanesan on his 93rd birthday. Appreciate the people from Google India & their guest artist Noopur Rajesh Choksi for the doodle art. Another proud moment! Love him and miss him more every year! (sic),” tweeted Sivaji’s grandson Vikram Prabhu.

Sivaji made his screen debut with the highly celebrated political film Parasakthi, which was written by former Tamil Nadu chief minister M Karunanidhi. Sivaji’s role embodied the righteous anger of a decent man, who is pushed to the depths of despair due to society’s moral decay. Sivaji’s firebrand performances set the screens on fire. And as they say, rest is history. He went on to act in about 300 movies in a career spanning nearly five decades.

Sivaji became the gold standard of acting in Tamil cinema. His performances had such a deep impact that most of the actors who entered the film industry post-50s knowingly or unknowingly mimicked some of Sivaji’s trademark mannerisms. In a way, he was peerless in what he did. Sivaji was dubbed Marlon Brando of Indian cinema, even though their acting styles were diametrically opposite.

Here is the #Googledoodle honouring the Legend #SivajiGanesan on his 93rd birthday. Appreciate the people from Google India & their guest artist Noopur Rajesh Choksi for the doodle art. Another proud moment!😍 Love him and miss him more every year!❤️🙏 https://t.co/jq7WkUsBCw pic.twitter.com/A1aczdPEPl

While Sivaji was known for his old-school, over-the-top dramatic performances, Marlon Brando’s acting was highly restrained and subtle. But, that doesn’t mean Sivaji was incapable of switching gears.

During a talk show, Kamal Haasan recounted an incident when they were shooting for Thevar Magan (1992). Director Bharathan was unhappy with Sivaji’s performance during a very important scene and pressured Kamal to ask the senior actor for a retake.

“Nobody could muster the courage to ask Sivaji sir to give a second take. Bharathan told me that the take was not good. And I told him not to say things like that. But, he repeated that we have to tell him that it is not good. And I again told him, we can’t say such things about his performance,” Kamal recalled during the talk show.

Sivaji spotted Kamal and Bharathan talking in a corner and asked, “What? Is everything okay? Why do you guys keep babbling? Tell me what it is. Wasn’t it good?”

As Kamal wondered how to respond, Bharathan jumped in and accepted something wasn’t right. “I stared at Bharathan in silence,” Kamal recalled. “Sivaji sir asked me to explain. I told him, it could be better. I was terrified, what if he asked me to enact the scene and show him.”

“What do you mean by better?” asked Sivaji. Kamal hesitatingly explained. “Your character is senior Thevar. But, the performance felt like junior Thevar.”

Sivaji understood what Kamal meant. He underplayed his reaction while expressing concerns when Kamal trips on a slippery floor in the scene. “He had first performed the scene as he would do in old movies. But, after we told him, his performance went from 1960s to 2001,” Kamal remarked.