Gypsy stars Jiiva, Natasha Singh, Lal Jose, Sunny Wayne and Susheela Raman. While the Telugu version of Gypsy is streaming on Aha, the Tamil version is available on ZEE5. 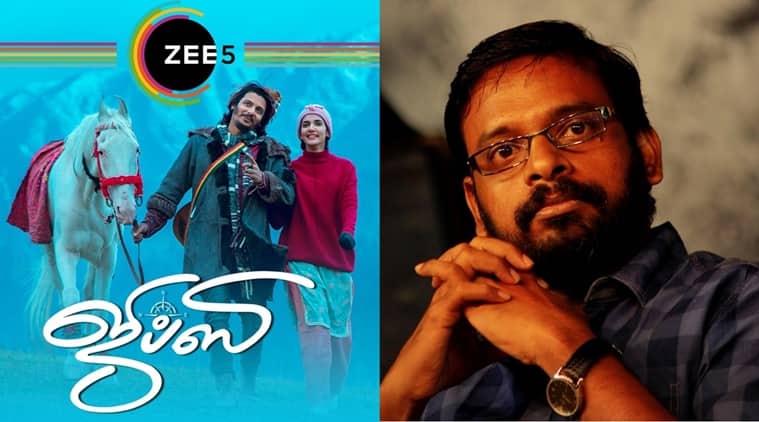 Gypsy is streaming on ZEE5 and Aha.

Gypsy was among the few lucky films to release theatrically earlier this year before the outbreak of coronavirus. The movie, however, had to face challenges before it hit theaters. Due to Raju Murugan’s political directness, it ran into trouble with the censor board and was only allowed to release after the director agreed to make as many as 25 cuts.

Gypsy is now available on streaming platforms, Aha and ZEE5. “The reaction we got for the film when it released theatrically was satisfying. There is a group of audience who understand and appreciate this kind of movie. But, I think when it releases digitally, the reaction to this film will be bigger,” Raju Murugan told indianexpress.com.

The filmmakers have released the censor-board-approved version on OTT platforms. Murugan appreciates the creative freedom that OTTs provide to filmmakers, but he is also wary of censorship catching up.

“The OTT platforms provide an opportunity to make a film the way we want to make it. But, the talks of censoring content on OTT platforms are already doing the rounds. But, still, as creators, we have to find a way to tell our stories amid all the challenges,” he remarked.

Raju Murugan’s last film was Joker which came out in 2016. The political satire bagged a National Award and was appreciated by critics and the audience alike. The director, however, feels that it has become more challenging today to make that kind of political movie.

“It is very hard to make a political film today. Also, we have to be extremely careful about what we say. And we have to do it right. I think that is our duty,” added Murugan. “Earlier, there used to be a certain group of individuals who wrote about movies, and we called them reviewers. But, with the advent of social media, almost everybody has become a reviewer. It is the same thing with politics. Everybody has an opinion today. It is a phase of democracy and we should appreciate it. But, at the same time, it (social media) is being used to spread wrong things. We have to make a political film while dealing with such new challenges.”