5 uncanny similarities between Ponniyin Selvan and Game of Thrones

Here's a list of a few similarities between Ponniyin Selvan and Game of Thrones. 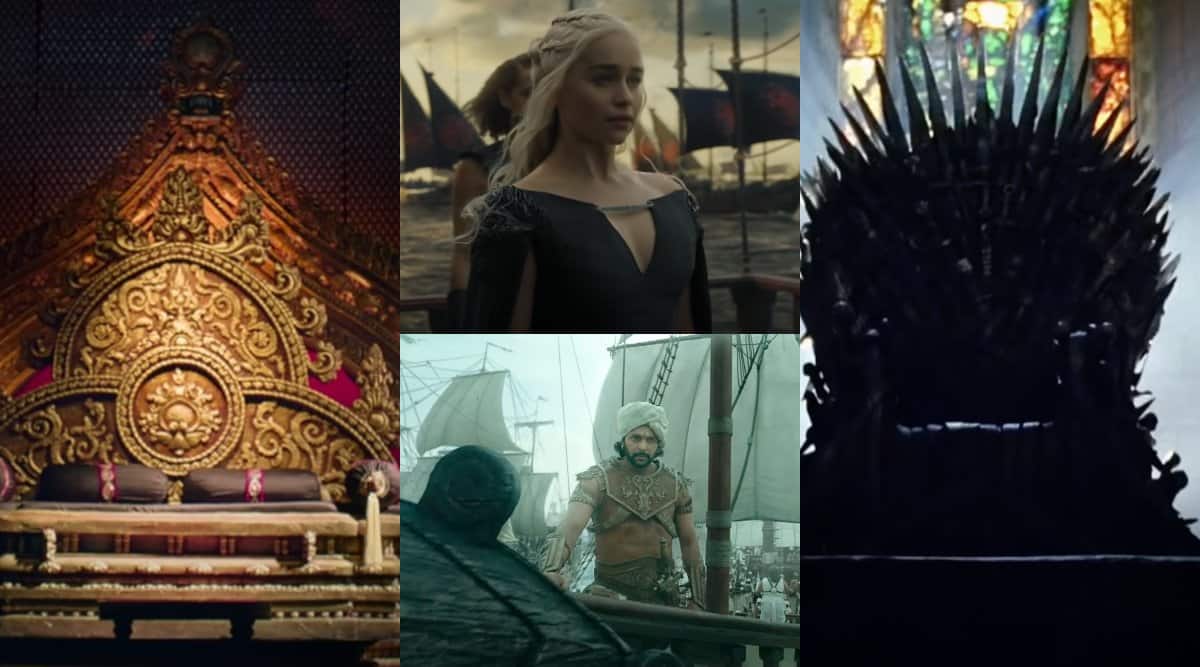 Is Ponniyin Selvan the Tamil Game of Thrones? The maestro himself, Mani Ratnam,  was posed the same question recently. “I think Game of Thrones is the English version of Ponniyin Selvan – I,” he replied. It is not just a tongue-in-cheek reply, but when you consider the timeline of the release of Kalki Krishnamoorthy’s books and George RR Martin’s books, it could have been.

Ponniyin Selvan started appearing in the weekly magazine Kalki in 1951. All the chapters of the series were compiled into a five-part novel series, which was published in 1955. The series was translated into English by Indra Neelamegam in 1993. On the other hand, the first book in George RR Martin’s A Song of Ice and Fire, A Game of Thrones, came out in 1996. This is not to argue that GOT was inspired by PS, but to point out our innate reverence for all things American. While we seldom entertain the possibility that our works could have inspired other countries, we readily accept that the reverse is possible.

It is true that historical fiction and fantasy novels across the board share some basic tropes like the fight for the throne, the rise of a dark lord, a chosen child, and metaphors for racial issues. However, the similarities between Ponniyin Selvan and Game of Thrones are a bit more specific. See for yourself:

Omen in the sky

Subscriber Only Stories
View All
Anti-science movement is political but medicine also hasn’t conveyed its ...
In Jharkhand’s tribal villages, an online marketplace for local produce
Delhi Confidential: Mansukh Mandaviya gives a shout out to youngest Mitra
Moscow’s proposal to RBI: Set up Russian financial firm in India, w...
Monthly plan to access Budget
Red Comet in GOT and Dumaketu in PS (Screenshots of GOT and PS promo)

Both the series start with a celestial forewarning of a disaster. In Ponniyin Selvan, the comet Dhoomketu appears in the sky, which is a sign of bad times. Similarly, in Game of Thrones, a red comet appears in the sky of Westeros and Essos after the hatching of Daenerys’s dragon eggs. Osha, a free folk from beyond the wall, who ends up in Winterfell, says it’s the sign of dragons’ return. That turned out to be bad news for many, didn’t it?

Heirs beyond the sea

The predominant portion of Ponniyin Selvan is about the return of Arulmozhi Varman from Sri Lanka to Tamil Nadu. Arulmozhi Varman is sent to Eelam (another name for Sri Lanka) to capture the country. However, many want him to succeed his father even though he has an elder brother, Aditha Karikalan. In Game of Thrones, the journey of Daenerys Targaryen from Essos to Westeros spans many pages. She considers herself as the heir to the throne. So, both series feature an heir to the throne, who are far away from the capital.

Remember Theon Greyjoy, who goes through an identity crisis throughout the series about whether his allegiance is for Starks or his father? Well, he ends up betraying Starks. Well, Ponniyin Selvan features a similar character named Parthibendran Pallavan. He belongs to the Pallava dynasty, which has seen glorious days in the past. He is introduced as the loyal friend of Aditha Karikalan, but betrays him after falling for Nandini Devi.

ALSO READ |Why does nobody talk about Game of Thrones anymore?

Advertisement
A screenshot from GOT promo

If the romance between the Dragon Queen and Jon Snow made you squirm, then there are chances that you might get anxious with the way things unfold between Nandini and Aditha Karikalan. Initially, Kalki portrays them as estranged lovers, but by the end of the fifth book, the writer makes you wonder if they are half-siblings. Though things later change, for a large part of the novel, Kalki makes us believe that Nandini and Karikalan are related by blood.

Does The Rains of Castamere, the ninth episode of season 3 ring a bell? Or should I say Red Wedding? Remember the horror with which the episode ended! Robb Stark, the former King in the North, the young wolf, was butchered at a time when people in the North and the audience started rooting for him. That episode made people realise that anything can happen in GOT, and it is safe to not have feelings for any characters. Well, Kalki saves the death of one such main character for the last. Both characters are expected to become the next king.

Well, guess stories across the world are pretty much the same. Everything that needs to be said has been said already. We tend to keep repeating ourselves.

Two Lata Mangeshkar songs, 60 years apart, which show her range and dedication: ‘She stood for 8 hours, practised for 4 days’