Did Kamal Haasan just announce his entry into politics?

Kamal Haasan shared a cryptic tweet on his official Twitter page and it hints at his entry in politics. The actor posted a poetic verse in Tamil and also noted that those who did not understand can wait for his official announcement. However, the same is yet to happen and fans and followers of the star are anticipating his next move. 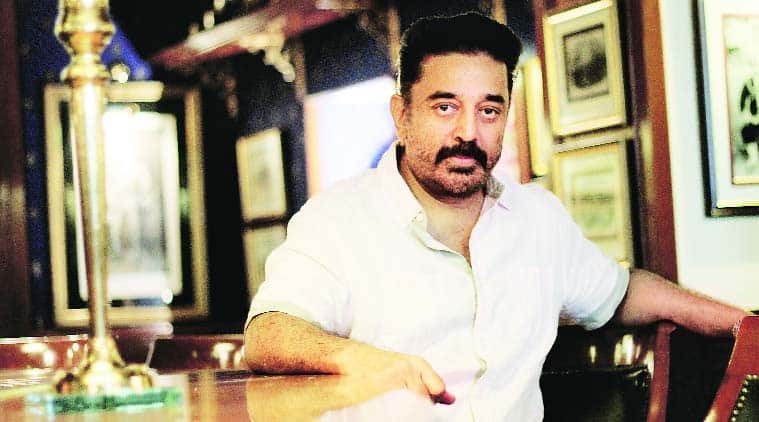 Kamal Haasan shared a cryptic tweet on his official Twitter page and it hints at his entry in politics.

Kamal Haasan took to his Twitter account on Tuesday to post a cryptic tweet in Tamil, which looks like a statement on his entry into Tamil Nadu politics. This comes after Kamal Haasan spoke about the corruption in all levels of the government on his show Bigg Boss Tamil. The comment had resulted in the ruling party speaking against the actor. To this, Kamal Haasan seems to have given a befitting reply with a verse in Tamil.

In particular, certain lines of this verse hint at the actor entering politics. “Thottrinthal Porali, Mudivedhuthal Yaam Muthalvar,” seems like the star is saying even if he fails, he would do so as a fighter. He also speaks about how everyone who kneels is no more a slave, and everyone who keels has not really failed and has invited friends to stop such ideas getting rooted. He wrote, “Vaada Thozha Ennudan, Moodanai Thavirka Munaivare Thalaivar,” meaning ‘friends, come join me for the only way to stop this idiocy is to be the first to fight it.

Kamal Haasan also wrote that for those who do not understand, there will be news about the same the next day. But nothing has surfaced so far. After having raised objections on the conduct of the ruling party, it is possible that Kamal might become a part of the opposition. However, in a recent interview to Arnab Goswami, the 62-year-old superstar had spoken about how he was neither right wing, nor a communist. So, fans are curious what the Bigg Boss Tamil host’s announcement would be.

Read this news in Tamil