Valimai is the second consecutive collaboration of Ajith with Vinoth and Boney Kapoor after 2019’s Nerkonda Paarvai. The film will clash with Vijay's Beast as it releases on Pongal. 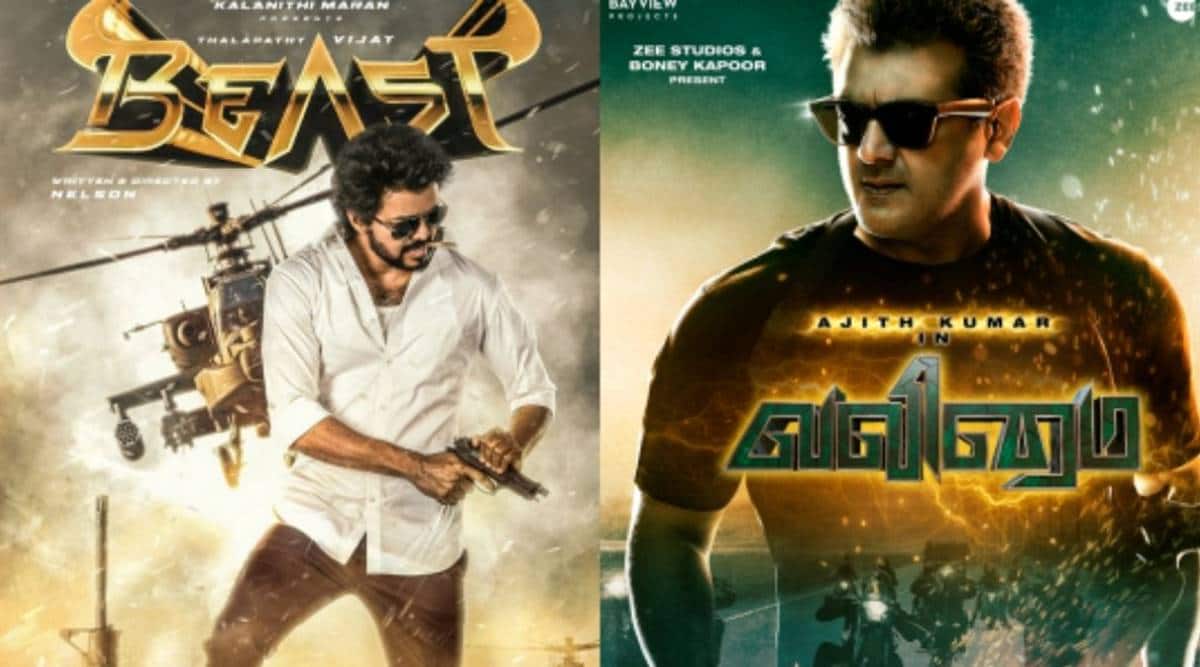 Ajith's Valimai and Vijay's Beast to release on the same day.

Producer Boney Kapoor on Wednesday confirmed that his latest film Valimai, starring Ajith in the lead role, will open in cinemas on Pongal next year. “Happy to announce that #Valimai will hit the screens on Pongal 202,” he tweeted. The announcement has set the stage for one of the biggest clashes at the Tamil Nadu box office.

The pandemic delayed the completion of the production of Valimai, which will now release along with Vijay-starrer Beast. This is not the first time, that films of Vijay and Ajith are clashing at the box office. It has happened on 12 previous occasions. The last time when their films battled for footfalls at the theatres was about seven years ago. Vijay’s Jilla and Ajith’s Veeram were released in theatres during the Pongal holiday of 2014, and both emerged as big hits at the box office.

While Valimai is in the post-production, Beast is still in the shooting phase. Beast is written and directed by Nelson Dilipkumar. The movie also stars Pooja Hegde as the female lead and is being bankrolled by Sun Pictures.

The final schedule of Valimai was completed earlier this month in Russia. Billed as a cop movie, the film is written and directed by H Vinoth. The motion posters released earlier have promised that the film will have high voltage bike stunt sequences.

Valimai is the second consecutive collaboration of Ajith with Vinoth and Boney Kapoor after 2019’s Nerkonda Paarvai.