Ajith fell in love with Shalini while shooting for the romantic drama Amarkalam (1999). The couple got married in 2000. 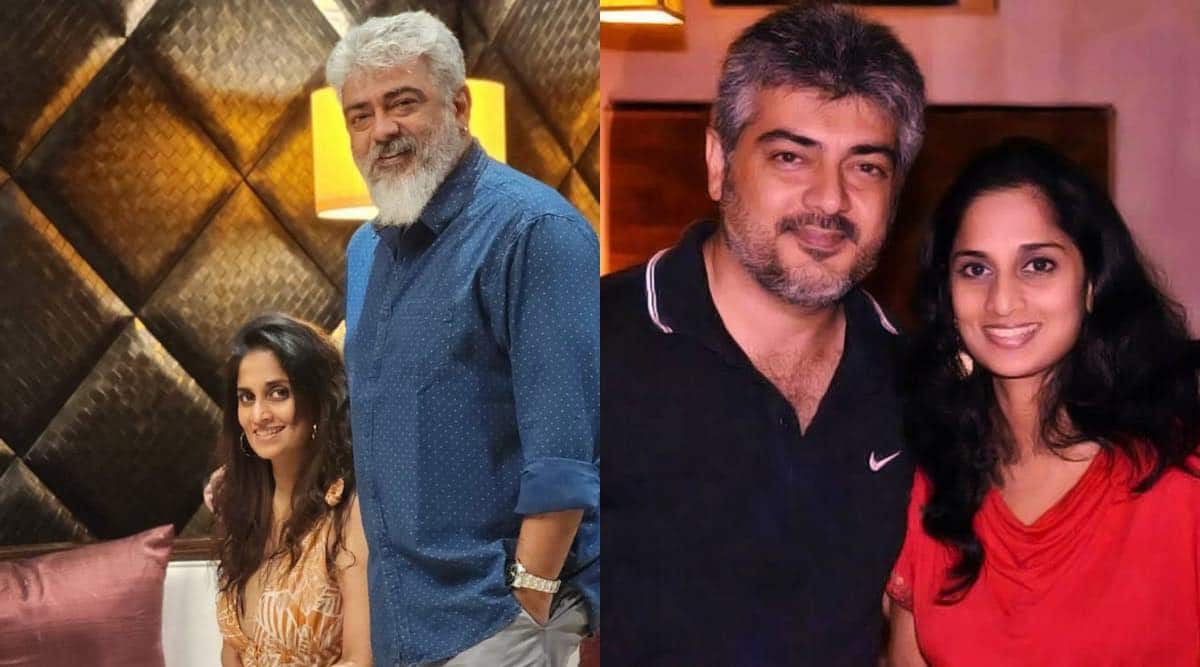 Actors Ajith and Shalini are one of the most popular couples in the Tamil industry. A new photo of them is going viral on social media, where Ajith is seen standing next to her clad in a blue shirt, while Shalini is seated, dressed in orange.

As the couple rarely make public appearances, fans are often glad to see photos of them trending on social media.

Ajith fell in love with Shalini while shooting for the romantic drama Amarkalam (1999). In 2007, Ajith opened up about his relationship with her, revealing that they were ‘destined’ to meet. During the Billa promotions, he revealed how he convinced Shalini to do Amarkalam, who wished to further her education at the time. “When the producers of Amarkalam approached Shalini, she had no interest in acting. She was keen on pursuing her education. The producers then asked me if I could try to convince her.”

He added, “So I called Shalini and I said, ‘I’m Ajith Kumar and I’d like to work with you. Even the producers are also keen on it.’ She said, ‘No. I don’t want to act. I want to study.’ And I let it be. But after a lot of convincing by the producer, she committed herself to the movie. I think we were destined to meet,” he had said in a special talk show hosted by comedy actor Santhanam. He added that it was ‘love at first sight’ for him. He also described her as his ‘worst critic’ and frank with her opinions regarding his films.

Ajith and Shalini got married in 2000. And they have a daughter and a son together, Anoushka and Advik.