Madras due on September 26 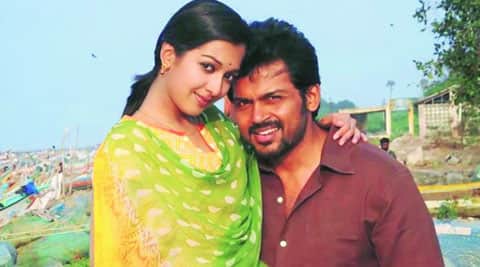 Shoot for Marathi film on

Lavani, the traditional dance form, is the base of the Marathi film Bugadi Mazi Sandli Ga. Produced by Shyam Singhania, the film is made under the banner of Ticket Films and Won Rayans Entertainment. Starring Kashyap Parulekar, Mohan Joshi, Ramesh Bhatkar, Ila Bhate, Deepa Chaphekar and debutant Manasi Moghe, the film is being shot at Futura Studio in Goregaon, Mumbai. It is directed by Mansing Pawar. The next schedule is to be held at Surve Farms, Panvel.

Average weekend at the box-office