Venky Mysore, CEO of Kolkata Knight Riders on riding out the IPL storms in the new season 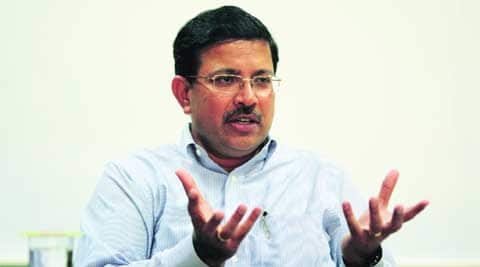 According to reports, sponsors have kept away from IPL this season as the first half of the game is being held in UAE. How has this development impacted Kolkata Knight Riders, if at all?

I don’t believe it has, as much as people say. They’re talking about this particular aspect of it because of the relationship that we’ve built with the sponsors has been a long term one and we’ve always been finding new innovative ways to add value to the sponsorship. While there has been some concerns about their ability to activate, considering some of the matches are played outside India, you know it hasn’t affected KKR in the same way as it might have done to other franchises.

Would you say that the change of venue is a problem (going by the experience of a few years earlier when the matches were played in South Africa)? Or is it just a perception that people have?

No, I think we’ve always seen this as an opportunity, as there is always a chance for us to go and play in a different country. This actually draws a different type of crowd and in many ways popularises the tournament. Some of the fallout of it is the early point in regard to sponsors and their inability to activate in the same way as they would in normal seasons when the games were played in India. But I think, there has been a huge upside to the tournament being taken to a different country and the positive effects of that will be hopefully felt soon as well.

KKR is said to be the only team that has gained through sponsorship, so which companies are on board so far ? And then again, what is the key to keep the team profitable regardless of their on-field performance.

Well, we’ve had the opportunity of several sponsors continuing with us. To start with, it is Nokia who has literally been with us from day one. We’ve had the opportunity to continue our relationship with Royal Stag, Seiko, Manyavar, EMTA and with Pepsi. These are all long term contracts, that have been with us last year as well and are also continuing this year. But we’ve also had the opportunity of welcoming some new sponsors— Sansui on the back of our jersey, US Polo on the right chest, SAP who has come in as a technology partner has been a welcome addition to the really good relationships we’ve had with the other sponsors as well. So, from the stand point of profitability, I think the key here is really to demonstrate to the sponsors that there is not only a return in the investment, but more importantly from the stand point of how they can leverage the relationship for the benefit of their own marketing programmes and taking that to a different level. Across the board, we’ve been quite happy in terms of the relationships and the revenue that results from that.

Is there any innovative addition to the team merchandise this year?

Well, I think one of the things that we’ve been working hard on is to not only work on extending the KKR brand and the promise of the brand, but also in terms of what we’ve done towards building our fan base. The extension of the fan base and its growth has been done in many different ways both online and on social media. The physical growth of our fan base and the good on-field performance, particularly the championship here in 2012 and the playoffs— the team has qualified for the Champions League twice in the last three years has added a lot to the credibility of the team. We hope to build on the strength and we hope to innovate in different ways, but from merchandising stand point, one of the things we’ve done is entering into certain partnerships and relationships which are not only merchandising related in terms of new products, but also in terms of licensing arrangements. This gives us a range of products both in terms of apparels and various other categories of products. This year, we have signed a partnership with Amazon; they are actually featuring all our products online by creating a KKR store. So, we’re certainly hopeful that not only from an online perspective, but from a physical retailing, our merchandising will go to another level this year.

With competition from other sporting events like CCL and forthcoming hockey and soccer league games, what are the challenges for IPL team owners and organisers?

Well, luckily IPL has created its own niche in terms of viewership both on television, online platforms and physical attendants. The newer categories that are coming in will find it challenging to be able to compete with this product which has clearly created a special position for itself. But having said that, the marketing properties are definitely going to increase; the inventories will increase and therefore it’s going to keep challenging us as a franchise to be on top of our game to be able to continue to attract sponsors and keep creating value for them.

Would you agree that match fixing allegations have impacted IPL adversely?

Anytime there is any kind of news, substantiated or otherwise, that floats around in this particular area, it’s bound to create some level of negative perception. And since that has actually happened, it is something that we could do without. But the challenge really is for us to be able to put this behind us and to address head on whatever negative perceptions there have been, and to sort of hopefully get back on track in terms of what we are capable of doing.

Stage as the ring