Last weekend, a new initiative brought together the excitement of theatre and cinema in one event. 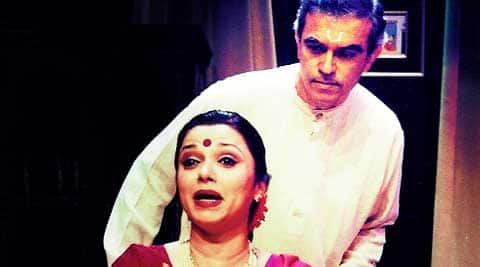 Last weekend, a new initiative brought together the excitement of theatre and cinema in one event. The venture, Cineplay, sources some of the most famous plays and shoots them in a cinematic format. Cineplay will premiere with Mahesh Dattani’s contemporary classic Dance Like A Man. One of the longest running Indian plays, it was screened at the National Centre for the Performing Arts (NCPA), in Mumbai on February 16.
The Cineplay team comprising actor Nandita Das, entrepreneur Subodh Maskara, actor-director Lillete Dubey and writer Deepa Gahlot, wish to expand the reach of theatre by blurring all physical, geographical and economic limitations. The idea is to create a collection of good plays with good picture quality and surround sound, creating a cinematic experience. Regional plays with subtitles will also be presented. As part of this initiative, online streaming of the plays will be made available on their platform, cineplay.com. As part of its future initiatives, Cineplay plans to create a high quality archive of some of the best productions of theatre for researchers, historians and students.
After Dance Like A Man, its next show will be the play Between The Lines on March 29 and 30 at the NCPA.

A sandstorm was brewing at the Zenana Deodi inside the Mehrangarh Fort in Jodhpur. But that didn’t keep the audience away from Kavita Seth’s performance at the recently-concluded 2014 World Sufi Spirit Festival. The 43-year-old singer sang from her repertoire based on the works of Amir Khusrau, Rumi, Kabir and Bulleh Shah, in perfect sync with her Sufi band, Karwaan Group. The arrangements were richly layered with shehnai, guitar and keyboard solos, a light touch of jazz in notes that were teased out as Seth’s voice soared over the storm.
Some of the world’s most acclaimed Sufi artistes descended on Jodhpur for the festival including Shamss Ensemble from Iran, Mohamed Ba Jeddoub and the Al Chabab Al-Andalus from Morocco. Apart from Seth, the best-received act was by the Shamss Ensemble comprising founder and composer Kaykhosro Pournazeri and his sons Tahmoures Pournazeri and Sohrab Pournazeri. They played the tanbur (the Persian long-necked lute) while Hossein Rezainia accompanied them on the daf (a Persian cousin of the Indian dafli). A high point of the performance was the whirling dervishes.
Coke Studio Pakistan’s Javed Bashir was a highly-anticipated act, but couldn’t make it because of visa issues. Instead, the Sabri Brothers took the stage and what was meant to be a qawaali performance turned into a rather entertaining singing bout, with the brothers vying for their chance at the microphone. In an otherwise sound line-up, the only sore point was Chintoo Singh Wasir’s session at Shringar Chowk. An accomplished instrumentalist, Wasir wowed the audience till he lost the plot singing Hotel California and We Will Rock You to “a Sufi beat.”

Subscriber Only Stories
View All
A selection of late artist Akbar Padamsee’s works, made between 2014-2015...
When Jagdeep Dhankhar presides over a House
How Microsoft’s OpenAI-powered Bing could change the way world sear...
Reading RBI’s policy review
Buy 2-year plan with SD20 code for special price
First published on: 07-03-2014 at 01:00 IST
Next Story