Aishwarya Rai Bachchan’s ‘Jazbaa’ to take off in January 2015

The rumour mills have now been put to rest, as it is confirmed that Aishwarya Rai Bachchan will be making her comeback with director Sanjay Gupta's action thriller, Jazbaa. 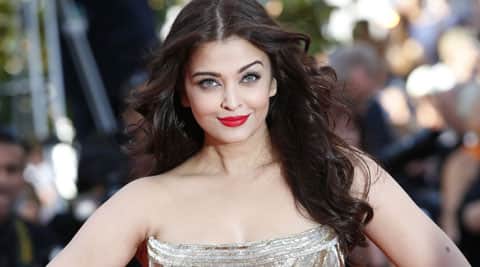 Aishwarya Rai Bachchan will finally choose as her comeback film.

Speculations were rife about the project that Aishwarya Rai Bachchan will finally choose as her comeback film, post the birth of her daughter Aaradhya.

Aishwarya Rai Bachchan was last seen in Sanjay Leela Bhansali’s 2010 film, Guzaarish. But, the rumour mills have now been put to rest, as it is confirmed that she will be making her comeback with director Sanjay Gupta’s action thriller, Jazbaa. Sanjay  Gupta confirmed the news and said, “Yes, it’s true. Aishwarya Rai Bachchan will play the dynamic female lead in my action thriller, Jazbaa.”

According to Sanjay Gupta, Jazbaa is a complete performance based film. Aishwarya will be seen essaying the role of the lead protagonist. When asked about his decision to cast Aishwarya Rai Bachchan in the film, Gupta said, “The female lead’s character is the hero of my film. The role is extremely powerful and the project couldn’t have taken off with just about anyone. It required a larger-than-life brand, a big personality and no one can fit the bill better than Aishwarya. She fits the requirements of the character perfectly.” The actress will be seen doing some strenuous action-packed stunts for which she will soon undergo special training. Gupta mentioned that it won’t be anything hardcore but the sessions will help her achieve a fitter look.”

As Jazbaa is set in modern day Mumbai, it will be shot across the city. It is slated go on the floors in January 2015 after Gupta wraps up Mumbai Saga, which kicks off in August.

Subscriber Only Stories
View All
How a toilet campaign changed lives, helped women in Telangana’s Narayanpet
Conspiracy, data theft with ex-staff: Digital India firm accuses pvt company
After CUET, DU admissions drop 25%; enrollment of girls sees bulk of decr...
Karunanidhi: The power of the pen and its wielder
Monthly plan to access Budget
First published on: 23-05-2014 at 01:00 IST
Next Story