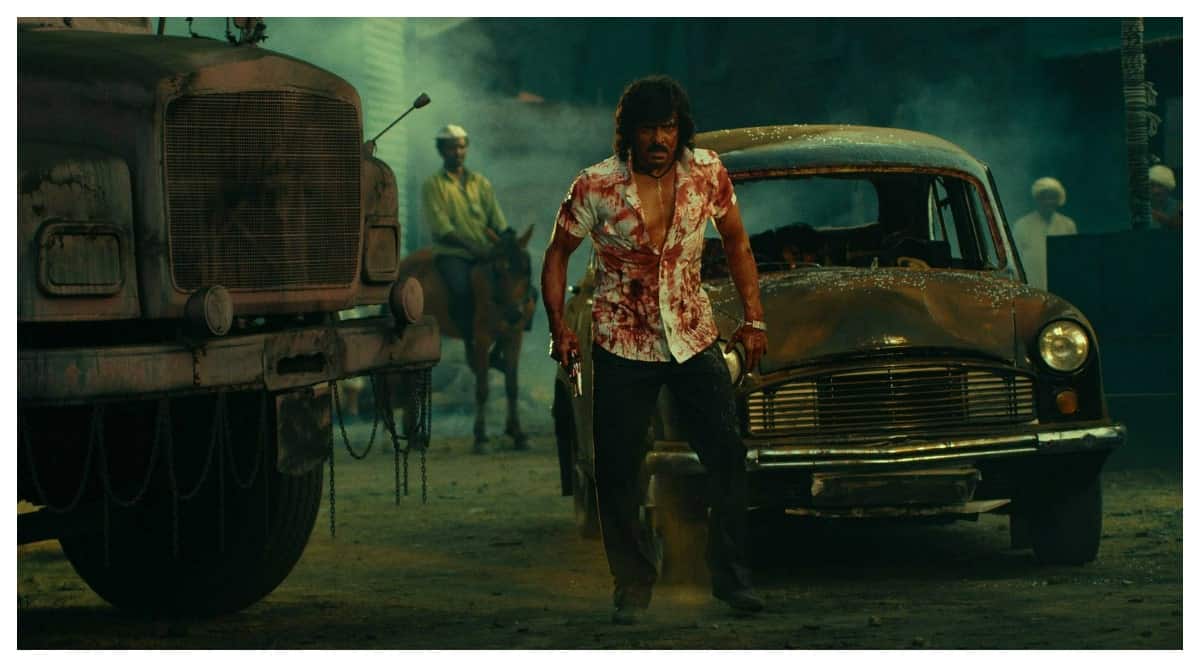 Upendra in a still from the upcoming film Kabzaa.
Listen to this article
Upendra’s Kabzaa to release on Puneeth Rajkumar’s birth anniversary
x
00:00
1x 1.5x 1.8x

Kannada star Upendra’s upcoming movie Kabzaa has a release date. It’s not clear whether it’s by design or coincidence. The film will release on March 17 coinciding with the birth anniversary of late movie icon Puneeth Rajkumar.

Did the filmmakers pick that date to honour the memory of Puneeth? It seems so given the kind of proximity that Upendra shared with Puneeth. Both the stars were very close and even on the eve of Puneeth’s death, they both hung out together at a friend’s house party.

The makers are quite upbeat about Kabzaa. The movie is releasing on the same day in multiple languages targeting pan-India audiences. The filmmakers are hoping to cash in on the enormous interest in Kannada movies in light of the phenomenal success of KGF: Chapter 2 and Kantara.

Also Read |Makers of Kabzaa unveil a new poster of Shriya Saran on her birthday: ‘Can’t wait for the world to witness your performance’

Kabzaa is written and directed by R. Chandru, who has collaborated multiple times with Upendra in the past. The film is a period drama and it’s mounted on a huge scale. It is replete with moments that look inspired by director Prashanth Neel’s KGF 2.

“KGF is my inspiration. For me to score a goal, I first need to see the goal post. I feel very proud of Prashanth Neel. He did KGF and made the whole country’s head turn. So, I realised that there is a market for a film with such production value. The language was not a barrier. I have channelled all my experience to make a Hollywood-like film,” director Chandru said earlier reacting to the comparison between Kabzaa and KGF 2.