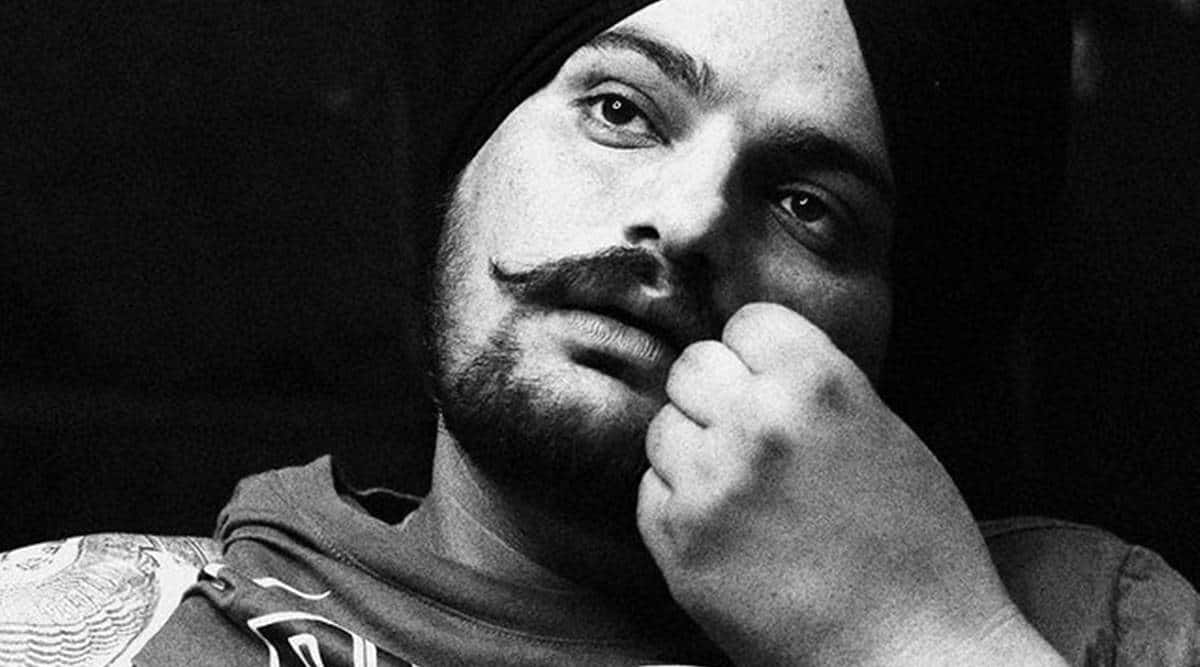 The funeral of Punjabi singer and Congress leader Shubdeep Singh Sidhu Moose wala, known popularly as Sidhu Moose Wala, will take place on May 31 at 12 in the afternoon. He was shot dead on Sunday near Mansa, three days after his security was downgraded by the Punjab government. He was reportedly shot at least 10 times near a temple in village Jhawahar Ke and was declared brought dead at the Civil Hospital in Mansa.

An update on his social media handle said, “Our brother Sidhu Moosewala’s funeral visitation will be held on May 31st at 8:30 am in the morning. The cremation will take place at 12 pm in the village Moosa.”

The news of Sidhu Moose Wala’s death has left the entertainment industry in shock. From Mika Singh to Ajay Devgn to Kapil Sharma to Lilly Singh, celebs mourned the death of the Legend singer. International rapper Drake also extended his condolences.

Canada-based gangster Goldy Brar claimed responsibility for the murder, and the police are investigating into the role of those associated with Lawrence Bishnoi, of whose gang Brar is a part.

Moose Wala was among the 424 VIPs who lost their security cover as part of the Bhagwant Mann government’s exercise to crack down on VIP culture.

Sidhu Moose Wala was cremated on Tuesday. He was shot dead on May 29.

#SidhuMosseWala last ride with his favourite tractor, this '5911' tractor was in many songs of #sidhumoosewala. pic.twitter.com/vfVCw804PJ

Sidhu Moose Wala's funeral will be held at his agricultural land instead of village's cremation ground. His last journey was taken out on his favourite tractor.

Sidhu Moose Wala's father breaks down ahead of his funeral

Photos of Sidhu Moose Wala's father before his son's funeral surfaced online. He broke down before performing the last rites of his only son.

Jazzy B shared a couple of fan arts featuring late singer Sidhu Moose Wala on Instagram. In Punjabi he wrote parents of Sidhu deserve justice for their son's murder.

Punjabi singer and actor Gippy Grewal shared a video of himself with Sidhu Moose Wala on Instagram. He captioned the video, "Still Can’t Believe 💔#sidhumoosewala."

India-born Canadian rapper AP Dhillon shared a photo of Sidhu Moose Wala on one of his Instagram stories and posted heartbreak emojis as he mourned his death. In another story, he shared a statement about what Punjabi artists have to deal with on day-to-day basis. It read, “Most people will never know the extent of what you have to deal with as a Punjabi artist behind the scenes on a daily basis. With constant judgement, hate-filled comments, threats and negative energy directed towards people like us, who are just doing what we love to do.” Read more

Pakistani singer Bilal Saeed took to social media to pay a tribute to the late singer Sidhu Moose Wala. He wrote on Instagram, "I will always remember you from your first song ‘SO HIGH’, a true artist and a game changer; the way you revolutionised Desi music, it was a show to watch. So original that Moosewala pind looked cooler than any city in the world and it inspired so many to be original.I remember our conversation over the phone you were so humble brother.you have my respect forever! your music will always live with us! Uchiyaan ne gallan mere yaar @sidhu_moosewala diyan! Legend!"

Gangster Lawrence Bishnoi, whose name has cropped up in connection with the murder of Sidhu Moose Wala, had previously threatened to kill Salman Khan.In 2018, a man claiming to be an associate of Bishnoi’s was arrested in Bengaluru. The man, Sampat Nehra, alleged that he’d been tasked with carrying out a hit on Salman Khan, in retaliation for the blackbuck hunting case. Read more

"A family lost a young son.  A village lost its talented star.  And we all lost a Charhdi Kala spirited Punjabi. It was #heartbreaking to see a father tying black turban on head of his son fr one last time. Waheguruji… May this never happen to even worst enemy #sidhumoosewala," a politician wrote on Twitter.

#Watch | Preparations are underway in #Punjab's Mansa district for the cremation of #SidhuMoosewala later today.

Sidhu Moose Wala's fans gathered in huge numbers to attend his last rites. The preparations for his funeral in Punjab's Mansa are underway.

People gather outside Sidhu Moose Wala's house ahead of funeral

Punjab | A huge crowd gathers outside the residence of #SidhuMooseWala in Mansa; his body has been brought here from Mansa Civil Hospital. pic.twitter.com/NmBnyognJW

A huge crowd gathered outside Sidhu Moose Wala's house before the funeral and people paid their last respect to the late singer.

Singer Mika Singh recalled his last conversation with the late singer and shared, “Last week he came to Mumbai, and I offered him my car to travel around in. He told me, ‘paaji, yahan toh security guard ke bina ghoomne mein koi dikkat hi nahi lagti. Koi ghoor ke nahi dekhta. Tension nahi hai.’ (Brother, I feel safe here. People aren’t staring. There is no tension) So, I told him to stay in Mumbai only in the coming time.” Read more

Bigg Boss 13 fame Asim Riaz took to Instagram to pay his tribute to Sidhu Moose Wala. He wrote about the time when he visited the late singer at his village. "I remember when i was in Chandigarh you called me over for dinner, i came all the way to moosa pind just to see you and how proud i was to witness an artist like you. You made me listen songs from your album moosetape ,we had conversations how tupac was so fearless, about his music and all the west and east coast conversations, we ate food from the same plate and you made me have missi Roti ,we had a ball brother that nite and then later you told me after when i made you listen my built in pain track.. Asim dont stop making music ,that thing is gonna stay with me for ever sidhu and your music..RIp @sidhu_moosewala."

Fans of Sidhu Moose Wala raised slogans ahead of the singer's funeral today. They demanded capital punishment for his murderers.

Actor Aamir Ali mourned the loss of Sidhu Moosewala. "Condolences to family n friends of this legend.. gone too soon," he mentioned on Twitter.

Gurmeet Choudhary shared his condolences on Sidhu Moosewala's death. He tweeted, "Very very upsetting to see a young and talented artist leave us like this.  #sidhumoosewala Om Shanti" Rajkummar Rao called Sidhu Moose Wala 'legend' as he shared a photo of the singer on his Instagram story. 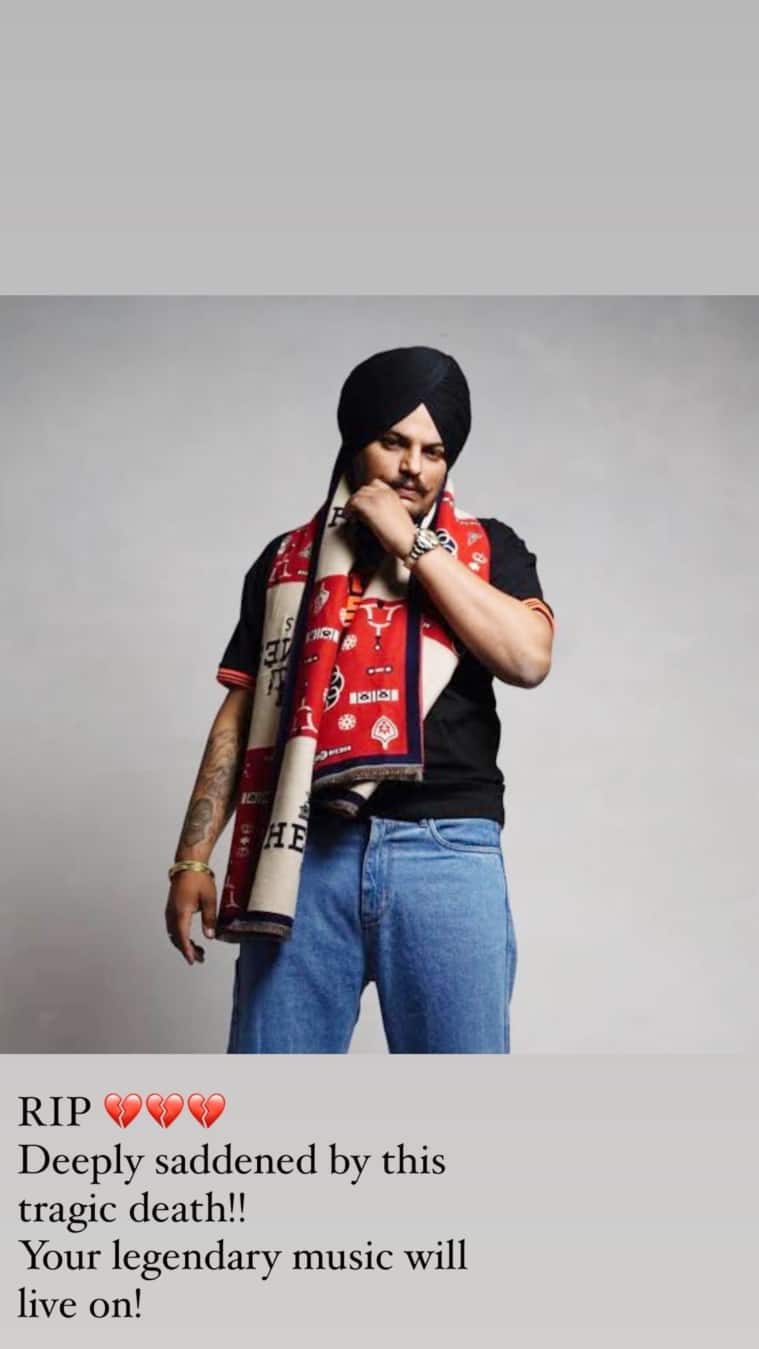 Sara Ali Khan took to Instagram and wrote, "Your legendary music will live on!"

Moosewala started his career as a songwriter for the song "License" by Ninja. He began his singing career with "G Wagon". Later, he collaborated with Brown Boyz for various tracks which were released by Humble Music. In his career as a singer, he delivered hits like "Issa Jatt", "Tochan", "Selfmade", "Famous" and "Warning Shots" among others. His latest single "Levels" dropped on May 24.