Pulimurugan box office collection: Overwhelmed by the tremendous response to his new film, Mohanlal congratulated the team behind the blockbuster. The film's collection record is only second to Rajinikanth's Kabali. 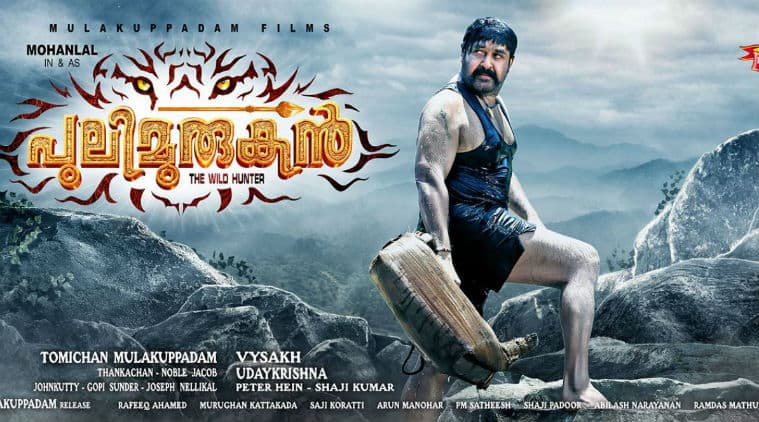 Superstar Mohanlal’s Pulimurugan has set the Kerala box office on fire, besides creating new collection record for a Malayalam film in the state. The big-budget action adventure opened to a terrific response on Friday in theatres and has also received glowing reviews from the critics and fans alike.

Overwhelmed by the tremendous response to his new film, Mohanlal congratulated the team behind the blockbuster. “Again you all made my day Feeling good to get good reviews about #Pulimurugan. My hearty felicitations to the entire crew of Pulimurugan,” he tweeted.

Mohanlal-starrer has released on 214 screens. The demand was so high that theatre owners were under preassure to allot more number of shows for the film even as they had to accommodate four new releases this week.

While Mammootty’s Thoppil Joppan managed to get 110 screens, Devi(L) was released on 71 screens and Remo on 43 screens on Friday.

Pulimurugan has garnered Rs 3.96 crore on its first day, beating Mammootty’s Kasaba, which debuted at Rs 2.43 crore. It has also surpassed the collection of Vijay’s Theri, which made Rs 3.16 crore on its opening day, besides coming close to the collection record of superstar Rajinikanth’s Kabali.

The Rajinikanth-starrer, which was released on over 300 screens and had 1000 plus shows, had raked in a whopping Rs 4.27 crore on its opening day.

The trend is clear, Pulimurugan will continue to keep the cash registers ringing in the coming weeks too. Interestingly, Mohanlal’s previous blockbuster Oppam is still running in theatres. According to earlier reports, the crime-thriller has collected nearly Rs 29 crore in 21 days after its release and thus becoming the top grosser in Malayalam this year, until now.

Again you all made my day . Feeling good to get good reviews about #Pulimurugan. My hearty felicitations to the entire crew of Pulimurugan.

Meanwhile, Thoppil Joppan has also taken off on a good note at the box office with Rs 2.03 crore in its kitty from its opening day collection, said reports. The comedy film has garnered mixed reviews from the critics.

Empire: The road to season 3 is paved with questions